‘Our current build is buggier than we are comfortable with.’ 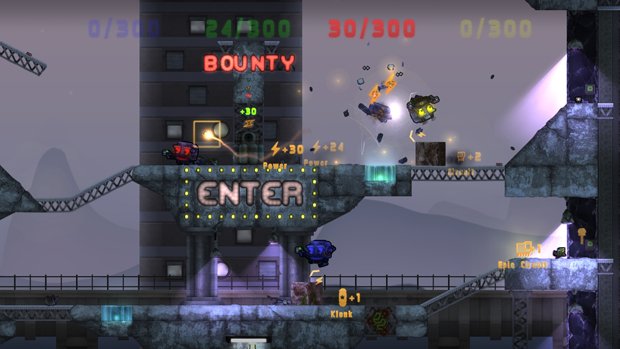 Although Mojang’s Minecraft continues to be available on just about any platform that is capable of running it in spite of Microsoft acquiring them last year, their upcoming game, Cobalt, was set to be exclusive to just the Xbox One and PC. It looked great, too- a sidescrolling co-op adventure that would make for some fun gaming with the family.

However, just ahead of its October 30 launch, Mojang have announced that the game is now going to be launching in February 2016- a hell of a delay, and also, apparently, a necessary one, since the game seems to have a lot of pre-release bugs that need to be squashed.

“We’ve been working on Cobalt for a long time and, though the game is feature complete, our current build is buggier than we’re comfortable with,” Mojang said in a blog post. “We want every part of Cobalt–the campaign, challenges, and local and online multiplayer to live up to your expectations, no matter which platform you play it on. That’s going to require a bit more development time.”

That said, it won’t need four months- Mojang said as much. The delay is as long as it is because of how console game development and releases work.

“Releasing a game on console is an especially complicated business,” they said. “There are release windows, and certification things, and all kinds of boxes that need to be ticked before games can be released into the wild.”