Minecraft is a sandbox game which allows players to build constructions out of textured cubes in a 3D world. It is currently in development by Markus Persson, aka “Notch”. The gameplay is inspired by Dwarf Fortress, RollerCoaster Tycoon, Dungeon Keeper, and especially Infiniminer. The game is split into two variants, Alpha and Classic; Classic is both single- and multiplayer and includes only the building aspects of the game with unlimited blocks, and Alpha also has a single- and multiplayer mode and includes monsters and a much greater variety of crafting available, as well as requiring players to mine their own blocks.

Now is Minecraft hitting Steam?  Apparently Minecraft creator Markus Persson is going to meet his “idols” in Belluve Washington. Does this mean the game is hitting Steam? Well the image below certainly suggests that. 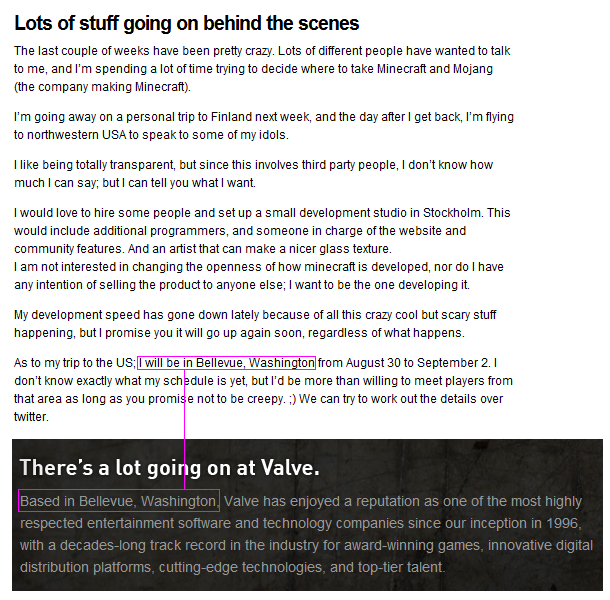