Sony’s MLB: The Show series has consistently remained one of the best sport simulation games around, and the latest entry in the storied baseball game franchise is no different, as MLB: The Show 12 pulls farther ahead of its competition and widens the chasm separating it from the competition. Fans of the series already know what to expect, and if you haven’t liked the games so far (or simply don’t care for baseball), then don’t expect this game to change your mind. 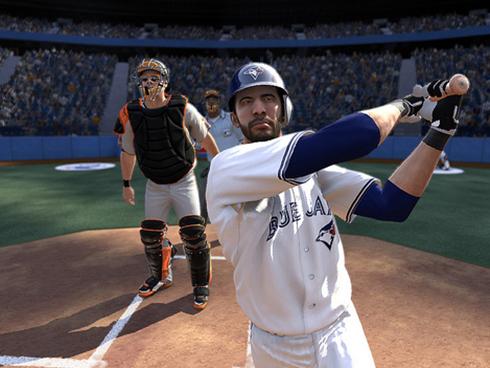 The latest installment doesn’t reinvent the wheel- it’s the same familiar foundation that the series has been built on over the years. And yet, that foundation is so thoroughly excellent that it would be hard to level any allegations at the developers for being lazy. Indeed, SCE Studios San Diego find themselves in the unenviable position of having struck gold the first time around, and of having to justify the existence of multiple sequels ever since. As such, they have taken the path of annual tweaks and adjustments, something that sport games have been known to do over the years, and yet it is hard to blame them when the core game remains so thoroughly excellent.

Expect the series’ trademark authenticity and realism, expect great graphics, expect great physics, expect some finely tuned controls, expect faithfulness to the license, expect everything the way it was. Whereas sometimes the game might feel a bit too finely tuned for its own good, overall, this is the same game we’ve come to love over the years, and not much has changed this time around.

What has changed, apart from the usual messing around with the game’s physics, are the pitching controls. Gone is the pulse pitching meter seen in the previous games. In its place we have a pitching ‘pulse,’ a pulsating circle that fills on the screen, helping you determine the accuracy of your pitch. Time your pitch perfectly by pitching when the circle is at its smallest, and the larger the circle selected, the less reliable the pitch. The size of the circle offered to you by default is directly contingent on a number of factors, such as the pitcher’s fatigue level, his confidence, and more. It’s overall a faster, much more streamlined way of doing things, and it is a definite improvement over the previous games. 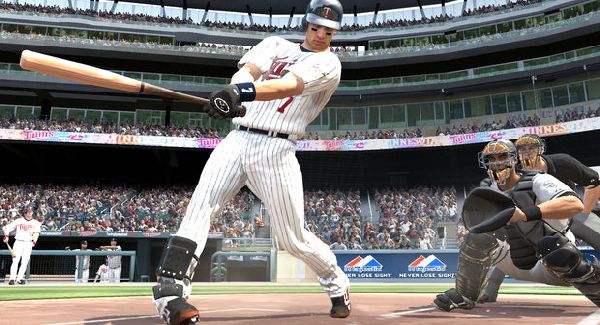 Batting controls were also reworked a bit to accommodate the reworked pitching, although that experiment might have been a bit less successful, since it’s harder to time hits with the ball using the new, rather flimsier, controls.

One way to alleviate this problem, of course, is to simply use Playstation Move. The criminally overlooked peripheral is fully supported and utilized for this outing, and it can be used for everything from batting, to pitching and fielding. However, as fun as it is to bat with Move, the pitching and fielding seem to suffer. It seems that one really has to make a choice while playing MLB 12- do they want more precise batting, or more precise pitching? Because while the game offers a multitude of control schemes, none of them is good for everything, and your preference of controls will ultimately also end up reflecting your style of play.

However, where the mechanics of the game haven’t seen a considerable change when all is said and done, there is a lot of new stuff on offer in the form of new game modes, as well as additions to existing ones. Diamond Dynasty takes a leaf out of recent EA Sports titles, and it lets players form their own teams using trading cards earned in game. Cards can be traded online, and the teams you make can also be used in competitions, either against other players or against CPU opponents. In the latter mode, the reward you earn is directly contingent on the risk you take, so if you defeat a team at a high difficulty level, expect a high yield of reward, even though your victory might have been narrow. If you defeat a team heartily and convincingly at a low difficulty level, however, the yield will be that much lower. 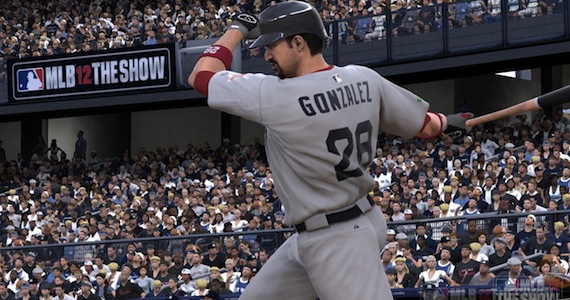 The fun of Diamond Dynasty comes from the fact that you aren’t just limited to existing players alone, you can make your own custom players as well. The fact that the game is online enabled adds that much to its appeal and value. It’s for the best, since the other modes remain the same as last year, except for minor tweaks to ensure they perform a bit smoother and more realistically.

Since this is a Sony game, you can expect a lot of support for peripherals and options that you probably don’t own, nor have interest in owning. Apart from the aforementioned, admittedly great Move support, MLB 12 supports 3D televisions. While it may seem like a gimmick at first- and let’s face it, 3D gaming still largely remains a gimmick- it enhances the game’s presentation that much more, lending its camera angles a sense of depth, furthering the great presentation that the MLB series has always been known for.

In addition to 3D and Move support, the game also supports cloud saving and sync gaming with the Vita version of the game. Assuming you own a Vita, and the Vita version of this game, you can save your game and transfer it to the cloud, then access and continue your game from exactly where you left it off, on the Vita, and vice versa as well. It’s a neat feature, but it assumes a big investment on your part- it expects you to buy a PS3, a PS Vita, and a copy of MLB 12 for each. As interesting as it is, it’s probably a gimmick doomed to be consigned to the same pages of history that Nintendo’s Gameboy Advance/Gamecube connectivity finds itself in.

MLB: The Show 12, then, is a great, albeit somewhat safe and expected, installment in the venerable franchise. It has all the bells and whistles that you expect an annual sport game to have, it has tweaks to the physics, changes to the rosters. It has a new control scheme that works well, it has a new game mode. Overall, for fans of the series, this represents a great investment. Those who weren’t convinced by the previous outings, however, are unlikely to have their mind changed this time around either. Regardless, even they will be hard pressed to deny that MLB 12 is, ultimately, an excellently made game.

This game was reviewed on the Playstation 3

Diamond Dynasty is incredibly addicting, full Moved support, new pitching controls are great, support for every possible peripheral and option under the sun, the same trademark authenticity, realism, and presentation that the series has come to be known for

There might not be enough changes from last year's installment to warrant a purchase; batting controls are finicky

Final Verdict:
SUPERB
Those who weren't convinced by the previous outings are unlikely to have their mind changed this time around either, but for fans of the series, MLB 12: the Show represents a great investment.
A copy of this game was provided by Developer/Publisher/Distributor/PR Agency for review purposes. Click here to know more about our Reviews Policy.