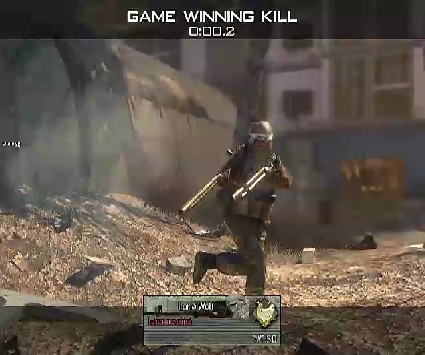 Looks like this could be the weakspot people were expecting to spot in the juggernaut CoD franchise. But it still doesn’t change the fact that it is the best selling video game of 2011, considering the sales were extremely frontloaded.

Activision announced that they made $775 million from Modern Warfare 3 sales in the first 5 days from its launch in November, and while that is higher than the one recorded by Black Ops, it’s the month of January 2012 that exposed its weakness, if the figures released by NPD are to be believed.

While analysts expected Modern Warfare 3 to smoke Black Ops life-time sales after the explosive launch, it seems that it may end up selling less after all. Black Ops sold 23 million across all platforms according to Activision, but passing 20 million in sales is no mean feat either.

It’s no secret that Modern Warfare 3 has been hit with heavy competition from EA’s Battlefield 3, which sold 10 million units according to the latest figures from EA. The MW3 domination in November 2011 still makes it damn impressive, though.

Thanks for sending this in, Ryan!