Modern Warfare 3 vs Battlefield 3: Which one should you buy?

These days, every person who knows even a bit about gaming has been going about two very highly anticipated games the most- Call of Duty: Modern Warfare 3 and Battlefield 3. And everyone is asking the same question- which will be better? Each is in direct competition with the other, and both their developers and publishers have been throwing jabs at each other, with EA even saying that they are confident of being capable of eating up a huge market share of CoD. But the question is, again, which one will turn out to be the better game ultimately? Which one should you buy?

Below, why have listed 4 reasons for each game, explaining why you should buy that one over the other, and what advantages it has over its competitor. So enjoy the article, and we hope it helps you make your mind up.

Don’t forget to leave your feedback below!

Call of Duty games have always had really thrilling, fast paced- if short- campaign, especially the Modern Warfare games. Modern Warfare 3 looks to follow Modern Warfare and Modern Warfare 2 in their steps, by providing us a campaign that will take us all around the globe and feature some relentless, fast paced action. From what we’ve seen so far, it looks great, with epic set pieces and some breathtaking vistas. Let’s hope Infinity Ward can topple even the legendary Modern Warfare’s campaign this time. Having a single player campaign better than that in Battlefield 3 is a huge point in Modern Warfare 3’s favour.

Not only has Activision completely revamped the killstreaks this time around, which now encourages different play styles, awarding you for not just kills, but team based objectives as well, they have added brand new game modes that sound great- like Team Defender and Kill Confirmed- A new weapon progression system is also in place, that lets you unlock specific attachments for weapons, and weapon proeffiencies, which allow you to upgrade your weapon and make it more durable and usable by doing stuff like reducing recoil, reducing flinches and the like. Overall, the MP looks a whole lot of fun, and much more balanced than previous entries.

It’s all out war on the world, and this is as bad and bloody as war can get. This is, after all, the Third World War, as described in MW3’s debut trailer. And the vistas, I must say, are epic, breathtaking. In the E3 demo, as I first laid I eyes upon the burning and crumbling skyline of New York, I lost my breath and skipped a heartbeat. Not just visually, but even gameplay wise, the set pieces looks astounding, and I just can’t wait to play the game. You don’t usually find some epic set piece moments in Battlefield games as you do in CoD. 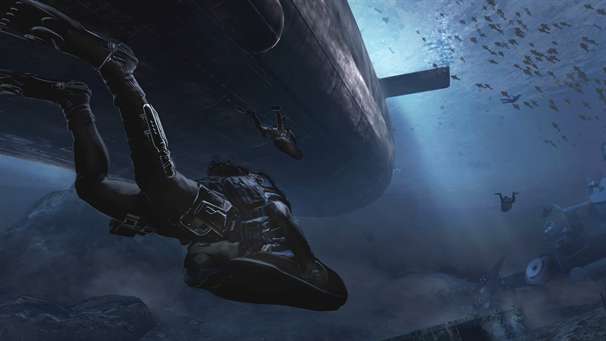 Call of Duty games are known for their excellent replay value, so much so, that Modern Warfare and World at War, games of 2007 and 2008 respectively don’t seem dated at all, unlike a lot of other games that released around the same time. Even if you go online in Modern Warfare, you will find thousands of people playing. Call of Duty games have so much replay value, you just don’t want to put it down, and can keep playing it for hours an hours, whiling away your time in the countless multiplayer modes, co-op, and other tones of modes, or just replaying the awesome campaigns again and again. Obviously, we expect nothing less from Modern Warfare 3.

Modern Warfare 3 looks to be an epic, breathtaking title that may not have the realism and authenticity that Battlefield 3 offers, or even the length in campaign, but it looks awesome nonetheless, with a new and improved multiplayer component, a campaign that looks awesome and new features and game modes that will keep you hooked to the game for at least a year.

Go over to the next page to see why you should buy Battlefield 3.