Everything you need to know about Monster Hunter World. 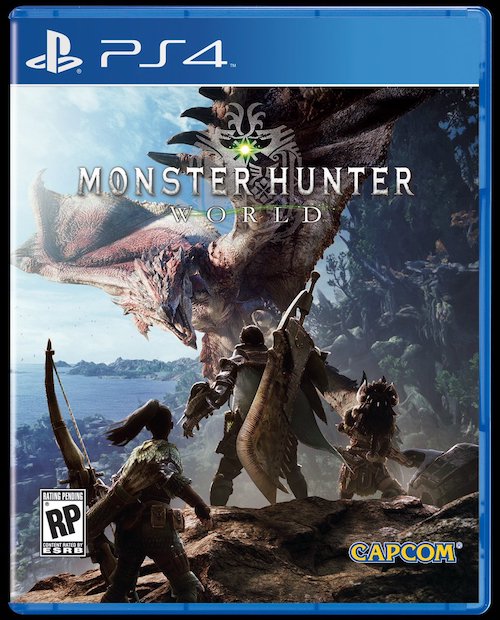 Monster Hunter World is an upcoming Action RPG from Capcom’s long running Monster Hunter series. It is the 5th mainline title in the franchise and 15th overall release. Monster Hunter World was developed to realize a new vision for the series, now past a decade old, using the power afforded by modern consoles. Dropping old series tropes such as the segmented areas for an interconnected, seamless world and four-player online co-op necessitated many changes to the established formula, which Capcom believes will better help the game attract a wider western audience. The game was first revealed at Sony’s E3 2017 conference and was announced for January 26, 2018 release on consoles worldwide at the 2017 Tokyo Game Show. The Windows release will follow later following a period to polish it specifically for the PC platform.

Monster Hunter World is being produced by Ryozo Tsujimoto and co-directed by Yuya Tokuda and Kaname Fujioka, who also directed Monster Hunter 4 and Monster Hunter 4 Ultimate. World began development sometime in 2014, after a year of tossing around ideas for the series return to consoles. before it was revealed during E3 2017.

The team at Capcom wanted to take the series in a new direction, realizing that the hardware capabilities of the latest generation of consoles would provide them with the room to innovate that they just didn’t have available on the handhelds they were focusing on for most of the series’ life. The team challenged some of the set rules of the franchise, such as the zoned-area structure. Wanting to change the isolated feeling, segmented areas into something that felt like a living world and ecosystem, they decided to open it up into a seamless world.

The change in how the world was laid out meant they would have to adapt all other aspects of the game around it. Players could no longer jump back to a different zone to heal in peace if a fight wasn’t going their way, so now they would let players drink healing potions while walking. As changes like this progressed, the pace of the game would become faster.

The development team has evaluated all the 14 existing weapon classes to add additional abilities. The natural way the game was taking shape from the changes was found to be something Capcom thought would be better appreciated by Western audiences, where the Monster Hunter series has never been particularly huge due to the complexity and high learning curve of the game, and existing mostly on handhelds which weren’t nearly as popular outside of Japan. This realization got the team to start working on elements that would help the game be even more palatable, including more western style to the controls and interface design, voice acting and additional tutorial information. This was also the impetus for launching the game with a worldwide release and inter-region play (previous games were always segmented by servers for each region).

The ‘World’ subtitle to the game has many connotations, reflecting the worldwide simultaneous release, that the game will have worldwide inter-play compatibility and that the game map now felt like a connected world. The decision to use the subtitle instead of numeral such as Monster Hunter 5, even though this is considered a main entry, is to avoid the mistaken idea that new players would need to complete earlier games in the series to enjoy it. 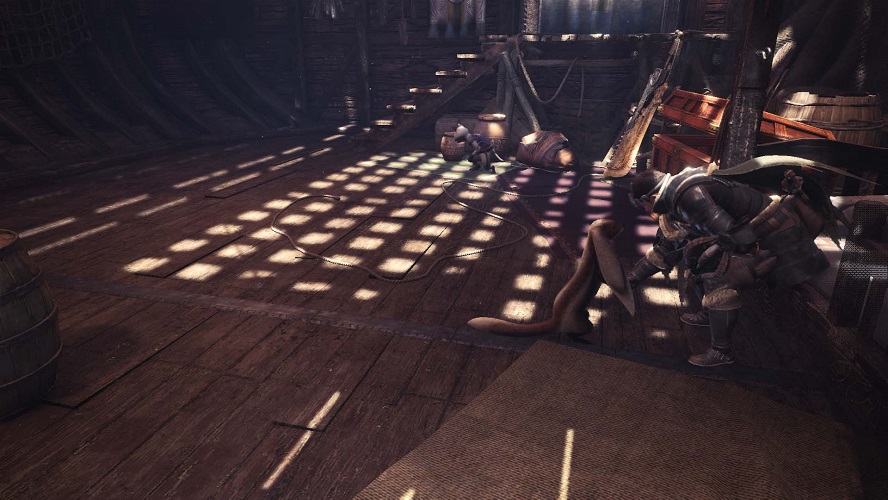 Monster Hunter World, much like previous titles in the series, is not very narrative focused. The player takes the role of a Hunter, tasked by a research commission to hunt down and kill the local fauna. Past games’ story mode was a guided tour through the low rank, easier quests before opening up the game, while World will have some form of narrative that extends past that, but still mostly stays out of the way.

Capcom has announced plans for free downloadable quests, similarly to the handheld games, extending the game over time. 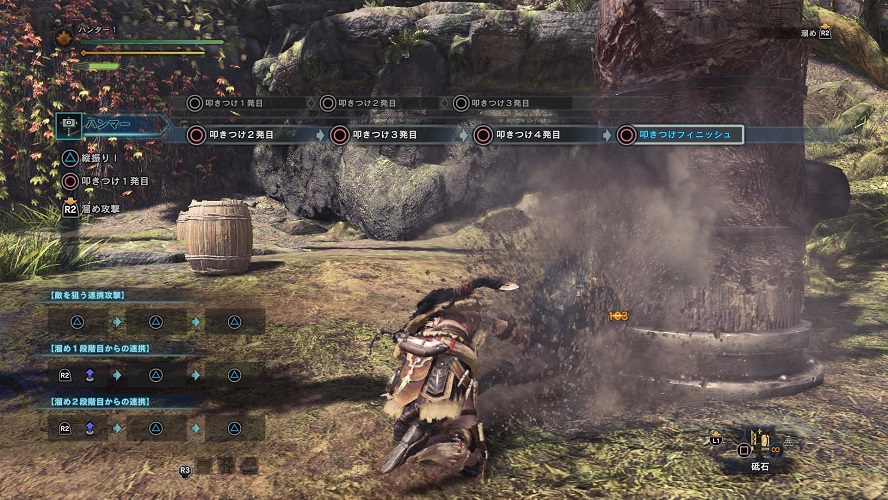 Monster Hunter World will operate under a quest based system like past entries, but the decision to create a seamless world has necessitated some changes to the gameplay and general quality of life improvements, some designed to mesh better with the world design and some to lessen the learning curve, which has in the past kept the series from picking up mainstream success in the west.

World has several different areas set under different zones. Unlike previous titles where the game would load between each, the game seamlessly travels between each zone. Environments become full ecosystems, with elements like monsters interacting with each other, destructible environments for Monster and Hunter alike, dynamic weather systems with examples like rain, and a day-night cycle all affect the game and monsters within it. Destructible environments can be affected by yourself or your prey, for example a cracked wall can send water rushing out that can move you away from your target.

Hunters have no natural abilities, rather everything is determined by your gear loadout. All 14 weapon types from Monster Hunter 4 and Monster Hunter Generations returns, slightly reworked with new moves and abilities to keep things fresh, though the ‘Hunting Arts’ and ‘Prowler Mode’ from Generations is not included. Gear is still mainly crafted from the parts earned by exploring the world, dead monsters and completing quests, creating a looting feedback loop that most fans really dig into. Players will find themselves returning to the central hub town of Astera frequently to craft new gear, sell their items, turn in and accept quests and change up their loadout or weapons all before repeating the process.

Two new tools feed into the act of hunting, the Slinger, and the Mantle. The Slinger can be used as a grappling hook to quickly reach the high ground or pull on rock formations in combat, or as a slingshot to launch damaging or debuting bullets against your prey. The Mantle is a portable camouflage that allows a hunter to stay hidden from sight or to lure a monster into a trap, or another monster. New AI interactions between different monsters can be seen as they wander the different zones, interacting to the presence of each other in different ways. The team avoiding doing scripted events, preferring to create wide sets of behaviour for monsters to make them appear to react more on instinct and become less predictable.

Monster Hunter World can be played solo as always, but up to four players can co-operate through online play from anywhere in the world. The quest system stays the same in either mode, and while solo hunters can have Palico help them on the field, who will also warn them about their status, players connected online can call for help by launching a red flare to call for nearby hunters in a drop-in/drop-out system. The game will have a built in gestures and greetings system to facilitate communication in different languages. Cross-Platform play is unfortunately not on the cards for Monster Hunter World.