Moon Mystery Is Looking Like An Intriguing Space Adventure

Developer Cosmonauts' upcoming Moon Mystery could very well end up being one of the best space adventures coming in the near future.

Space has always been an enchanting prospect for any piece of fiction – be it books, movies, comics, or anything else. The vast and seemingly endless amounts of unexplored land hold so much potential for intriguing stories and concepts, and there’s no shortage of great games that utilize this backdrop to great effect. While upcoming AAA releases such as the likes of Starfield are going to take center stage when talking about space games in the near future, there are many AA and indie titles that are shaping up to be amazing games in their own right.

One such game is a little game called Moon Mystery, which seems like a perfect blend of thoughtful storytelling and engaging gameplay. This game takes inspiration from a variety of sources to craft an experience that’s reminiscent of games like Prey while also being its own thing. To that end, we ask the question – what the hell is exactly Moon Mystery? Moon Mystery is a story-driven adventure game that’s currently in development at Cosmoscouts. This game is the studio’s debut title, and is being published by Freedom Games which has a strong catalog of indie and AA games such as the likes of Neon Blight and Broken Pieces among many others. Moon Mystery is set against the backdrop of the moon and other planets, and Cosmoscouts is promising a story that’s going to be filled with intrigue and mystery.

While the narrative setup is mostly shrouded in mystery at this point, the developer has said that it will involve the first human landing on the moon that happened in 1969. According to the game’s description, there’s a larger mystery as to why astronauts keep returning to the moon time and time again. Players assume the role of an astronaut who is well, sent on yet another expedition to the moon. But as fate would have it, he gets wrapped up in a complex web of mysteries and surprise revelations that coalesce to form the entire plot of the game. Cosmoscouts promises over 200+ lines of dialogue, and while that metric doesn’t relate to the quality of the experience in any meaningful way – but we can definitely assume that the storytelling will be rich in dialogue and conversations. Furthermore, Moon Mystery’s world-building also looks superb, and we really hope that the actual plot ends up doing justice to this intriguing premise.

A great narrative wouldn’t amount to much if the supporting gameplay elements aren’t strong enough, and thankfully – Moon Mystery seems primed to deliver a compelling experience in that regard as well. An important thing to understand here is that Moon Mystery is a story-driven adventure, and the actual variety in gameplay types and pacing would always take preference before having an incredibly deep gameplay system based around one simple hook. To that end, Moon Mystery’s moment-to-moment gameplay would involve taking in scenic vistas and exploring the moon station as you uncover the ultimate mystery. 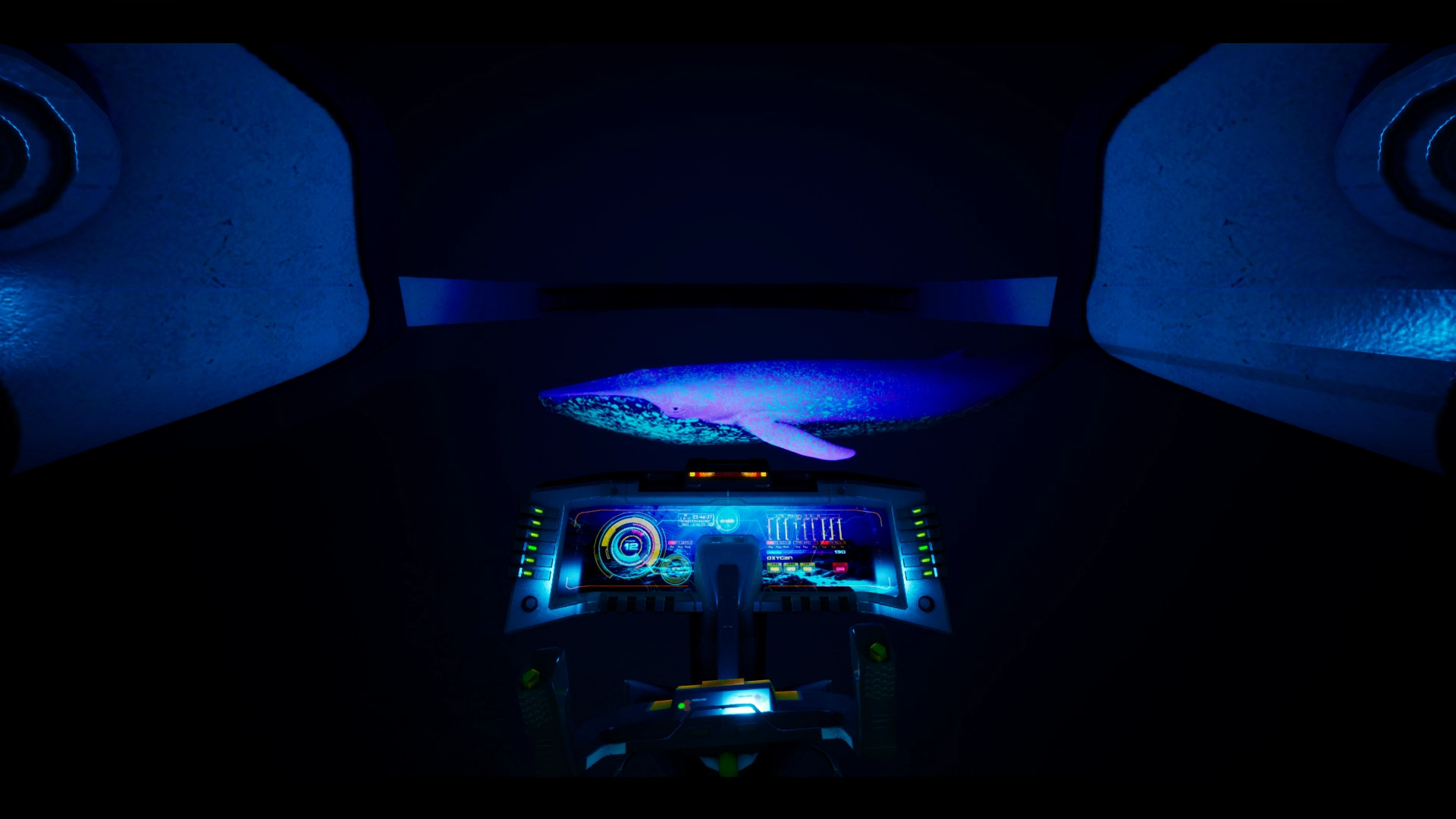 Of course, the player’s journey wouldn’t be without its roadblocks – and opposing forces will try to stop you in your tracks. We don’t know what form these threats will take apart from robots, but you will have some firepower by your side to help you to fight back. We saw the player character wielding a pistol and a submachine gun in the available footage for the game, but it seems fair to expect that the full release will have more types of weapons and enemies. And on that note, we’d also like to see how a typical combat scenario would play out in Moon Mystery and whether outdoor sequences would incorporate elements like zero-gravity into the mix or not.

In addition to action elements, Moon Mystery will also feature mind-bending puzzles that players will need to solve in order to progress through the story. The gameplay trailer showcased a seemingly complex puzzle that requires aligning multiple cube-like objects to direct a beam of light towards its goal. If we were to gauge the quality of puzzles through this one instance, the game is certainly going to be a treat for fans of games like System Shock or Deus Ex.

Moon Mystery will also be a fairly lengthy experience, and the game will contain a total of 15 different levels as per the game’s website. The story will span a total of 7 planets – so we can expect a great deal of variety within the environments as well. Many of these environments are going to be large, and players will have many ways of traversing through these areas. In addition to exploring on foot, some sections will allow players to hop onto Rover trucks or drive RC cars. If that wasn’t enough, you will have the option to control submarines and commandeer a spaceship as well. Of course, most of these sections would most likely be scripted since the game isn’t open-world or a sandbox, but it should make for some interesting variety within the gameplay nevertheless. 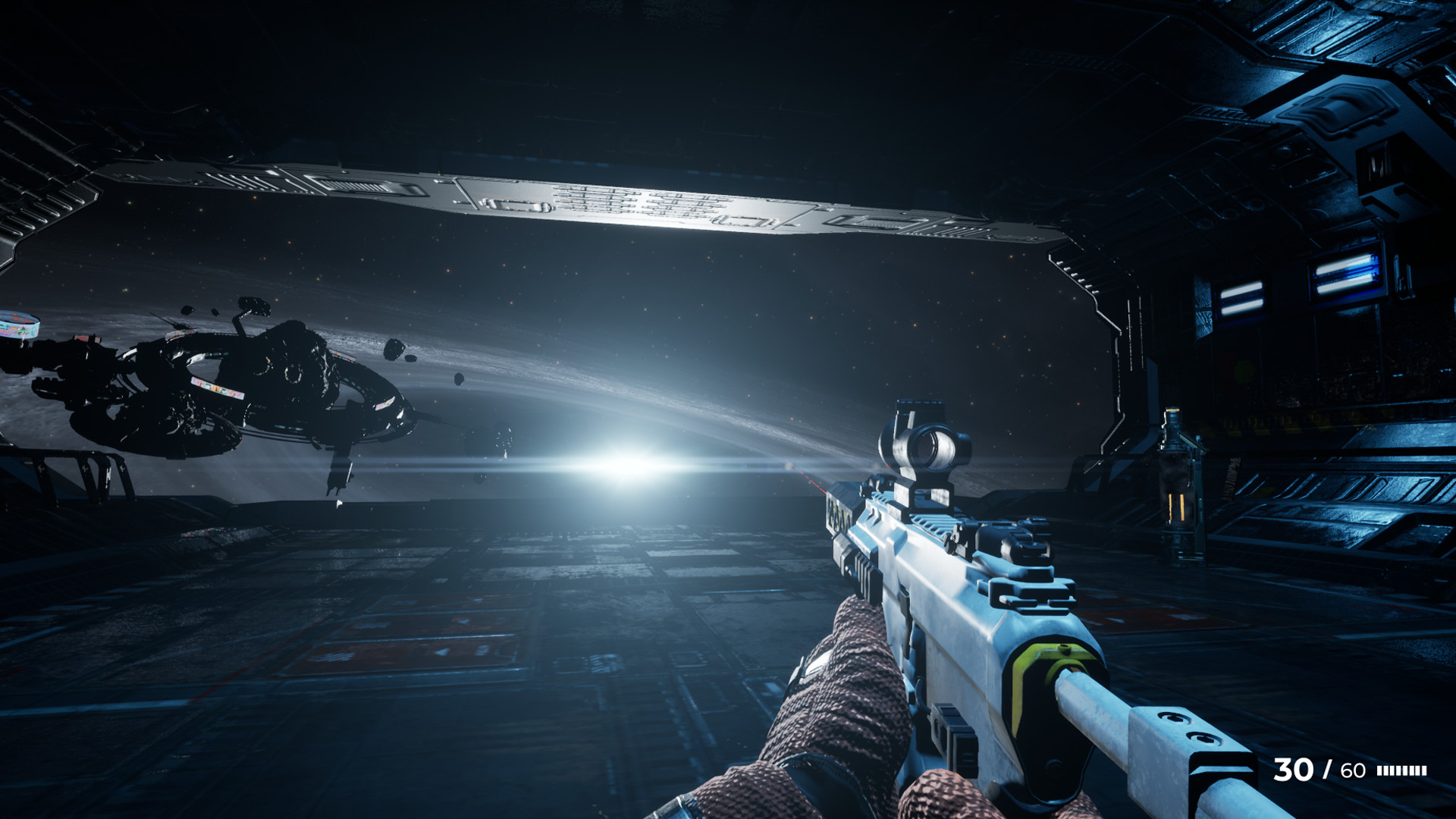 Coming over to the visual presentation, Moon Mystery has some interesting things going for it – but there seems to be a visible lack of polish with regard to the visuals. Some elements of the presentation such as the color presentation and the art style look really great with an element of spookiness to the whole affair – but the actual asset quality and the environments don’t seem up to the mark. There’s a strong element of shimmering alongside a mushy effect to the actual assets, and while that might be an artistic choice or a direct result of compressed footage – we think that Cosmoscout might need to work on the visual elements of Moon Mystery before its release.

And this leads us nicely to the topic of the release. Moon Mystery is currently slated for a 2023 release. A quick look through the SteamDB listing for the same reveals a planned release date for 15 March, 2023 but that could end up being a placeholder date for all it’s worth. That said, a 2023 release date seems an achievable one considering the current state of the project and the scope – but it’s always advisable to keep expectations in check in cases like these. Moon Mystery will only be releasing for PC, although console versions would surely be in the cards if the initial launch garners the success it needs to cover up development costs for console releases further down the line.

In conclusion, Moon Mystery seems to be a potent mix of varied gameplay and thoughtful storytelling – and it has the potential to become something really amazing. Given that this is developer Cosmoscouts’ debut project, it makes complete sense to really polish the gameplay and story elements prior to release. We really hope that the game ends up doing justice to its promises, and eventually ends up being one of the biggest surprise hits of 2023 – or whenever it ends up releasing.