Moonfall Ultimate is a side-scrolling hack-and-slash game in the Metroidvania genre. In this game, players will get to explore what is described as an industrial gothic setting. It is up to the player to slowly discover the many secrets of this game’s world while also facing its many challenges.

To learn more about the game and its development, Gamingbolt reached out to the developers with some questions and Stefan Nitkulinec, Project Director at Fishcow Studio provided the following answers. 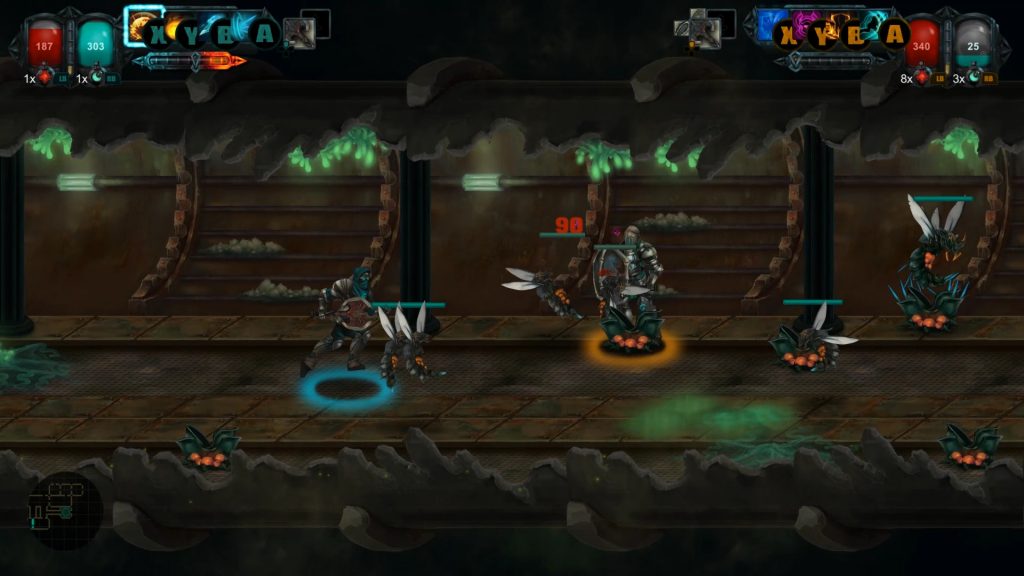 What initially made you want to upgrade the original game into Moonfall Ultimate?

We wanted to extend original game potential by adding new features that will unlock new possibilities to enjoy Moonfall world. Also we had this feeling that we didn’t deliver everything what we wanted and we felt obliged to implement a new content and those improvements.

What are some of the major improvements that this new version of the game brings?

One of the biggest feature is local multiplayer which was implemented for campaign and also for new endless mode. Responsivity of combat and controls were also improved to provide better gameplay experience for players.

What are some of the different classes available for players to choose from?

Every class has unique set of abilities that makes it feel very different from other classes. Vanguard minds a little about incoming damage as long as he is able to deal great damage to enemies in close combat and kill them first. With ranger you need to be always on the move as you are the most vulnerable to damage but with the right combination of abilities you can assassinate targets very quickly at distance and also at close range. Elementalists cast powerful elemental spells to destroy large groups of enemies but they need to maintain a distance.

How exactly does the couch co-op campaign mode work?

Both players play within one screen and UI is adjusted for that purpose. Versatility of hero classes provides many opportunities to combinate abilities and deal with large number of challenging enemies. In case that one of the players dies, a tombstone is spawned above dead body and another can revive him by destroying the tombstone.

What can you tell us about the Endless Arcade mode?

You fight through random locations with random set of enemies so you need always to adjust your combat strategy. With growing difficulty for each location it makes some encounters almost impossible to survive. Soon or later you die and you can try again to reach higher level. It’s great way to play quick session of game alone or with our friend.

What is the progression system in the game like?

Player starts as soldier of Empire that has experience from combat trainings but now he is alone to fight the monsters for the first time. So as game progress he unlocks new abilities and improve stats to be able to conquer more difficult enemies. There are some abilities and skills that changes the gameplay for certain class. For example as elementalist you should maintain the distance between you and your enemies but this strategy is somehow changed once you unlock a skill that give you mana for every melee hit with weapon.  What makes the game more interesting are weapons. Almost each weapon has unique bonus that helps in combat. Sometimes player must choose between high damage weapon with negative trait or lower damage weapon with cool bonus. 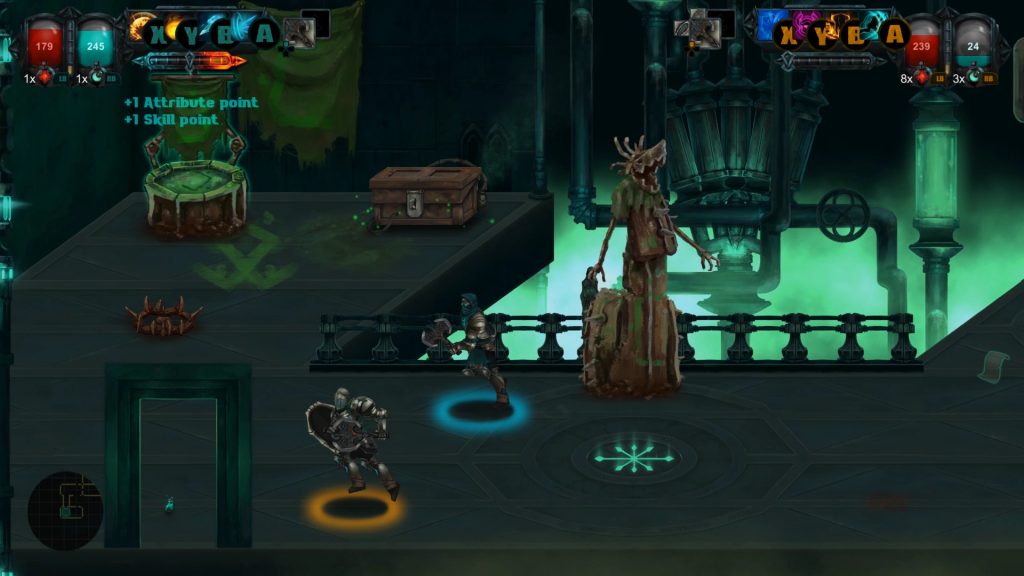 In short, what is the story of the game about?

Story begin in land of Terra Nihill which is home for various races. Human race resided in country known as Empire developed special magical element called Lunarium. With its power they started to develop technology at an astronomical rate leaving other races far behind. Other races was scared of the technology so they make peace treaties with the Empire. Treaties were broken after death of old king and war over the Empire has began. As a new recruit you need to defend your homeland against predominance of wild savages. You will face many of them but with the power of Lunarium you can turn the tide of battle on your side and become hero for your people.

What inspired the industrial gothic setting of the game?

We wanted to give Moonfall world specific feeling and thrilling atmosphere. Industrial empire lays on the island  surrounded by dark shamanistic forest. We were inspired by games such as Dishonored where the cities are built with strong industrial features and games like Gothic with breathtaking outdoor environments.

What is the strategic aspect involved in the combat?

There are several behaviours of enemies with special abilities. It’s important for player to strategically target his enemies in right order since some of the enemies support their allies. Environment is full of hazard features that can deal devastating damage to incautious players or players can turn them against their enemies. Since weapons have special bonuses it’s good idea to switch weapons during combat to invoke interesting combos to maximize damage output.

Is the game quite difficult or will it remain accessible even to newcomers?

Game is challenging but it provides gentle introduction to all game features in short time. With lower difficulty settings you are able to progress without big issues but if you choose the hard difficulty you will be challenged to utilize all game mechanics against unforgivable enemies where some encounters will seem almost impossible to win.

How will the game run on the PS4, Xbox One, and the Nintendo Switch?