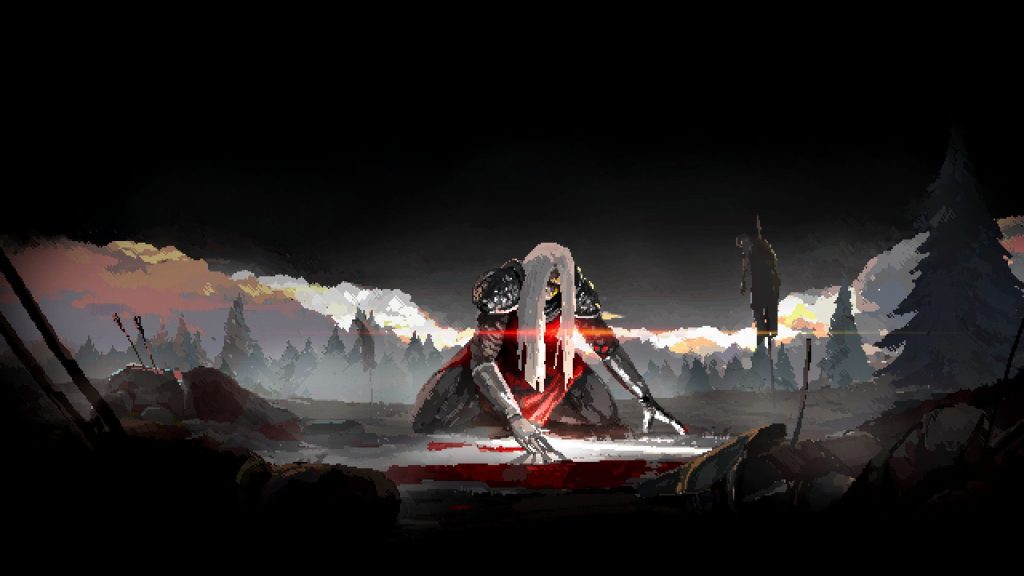 Publisher Humble Games and developer Black Mermaid have announced that action platformer Moonscars will be releasing on September 27. The game will be coming to PC, PS4, PS5, Xbox One, Xbox Series X/S, and Nintendo Switch.

Moonscars is a dark action platformer with game design in the vein of the Metroidvania genre. It features a desaturated look, with highlights of contrasting colours, like red and yellow.

The gameplay trailer from June ultimately ended by showing off one of the game’s boss fights—Cruel Lajos—who is described in the trailer as having been a former comrade of the player character.

Moonscars also had a free demo available as part of Steam Next Fest at the time. The demo has since been taken down.