It’s a great time to be a gamer.

Earlier we had reported that Sony have released a new teaser video and if you are following the recent rumors, it is not hard to believe that Sony will be revealing PS3’s successor i.e. the PlayStation 4 on February 20th, 2013.

The video is titled as See The Future, and the possible unveiling will  be happening at the PlayStation meeting in New York City. The entire event will also be live streamed at official PlayStation Blogs at 11.00pm GMT/midnight CET. Hyped? We certainly are.

Sony have also released the teaser video which you can check out below.

Top top that, Shuhei Yoshida, President of Worldwide Studios, posted a teaser on twitter. And later, he posted a link to the official PlayStation Blog.

A number of industry analysts also believe that Sony will be revealing the PlayStation 4.

Michael Pachter also believes that Sony are going to reveal the PlayStation 4. “Sony is inviting investors and media to the Feb 20 event; that means console announcement. I’m genuinely excited, although I will be in LA,” he tweeted.

Now we wait for Microsoft’s turn.

Bonus: Do you see  this? This clearly looks like the edge of a console. It’s pretty vague but hey when you dissect a trailer so many times you gotta find every little detail. 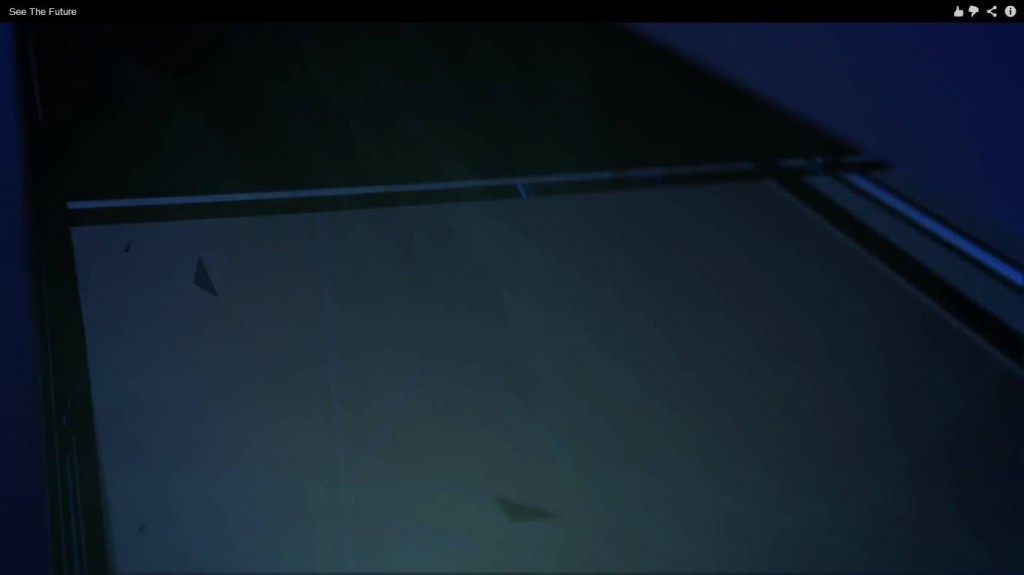