Mortal Kombat 11: Aftermath Review – Until The End of the World

No jokes, no gimmicks, just kombat.

I grew up in the 90s, and that means I spent a lot of time in the arcades. And in arcades, the fighting game was king. Back then, you were either a Mortal Kombat guy or a Street Fighter guy, at least as far as 2D games went. I dumped a lot of quarters into Street Fighter, but my heart belonged to Mortal Kombat. My friends and I spent hours crowded around those machines, trying to stay on for as long as we could. When we lost, we hung around, hoping to see a fatality or trying to piece together the series lore as people played through the arcade. I’ve been a fan ever since, though my interest admittedly waned when the series moved to 3D.

"The highlight of Aftermath is Cary-Hiroyuki Tagawa’s performance as Shang Tsung. He steals every scene he’s in, and it’s a joy to see him return to a role he clearly enjoys."

Still here? Good. Aftermath picks up right as Mortal Kombat 11 ends. Kronika is dead, and Liu Kang, and Raiden, are preparing to use her Hourglass to fix the shattered timelines and set things right. Suddenly, Shang Tsung, Fujin, and Nightwolf appear from a portal and warn them to stop. Kronika had offered them a place in her New Era. When they refused, she imprisoned them in a Void outside of time. Upon her death, they were freed. Shang Tsung explains that without Kronika’s crown, which was destroyed when Liu Kang killed her, manipulating the Hourglass is impossible. It will shatter, and all realms will be lost. They can, however, still send people back into the current timeline. Shang Tsung has a plan: send Fujin, Nightwolf, and himself back in time, where they can steal the crown from Shang Tsung’s island before Kronika can ever acquire it. Nobody trusts Shang Tsung, but nobody else has a better plan, either. Since the three characters going back were not involved in the events of Mortal Kombat 11’s story, they should be able to move within the timeline without changing things. As anyone familiar with stories involving time travel knows, however, things rarely go according to plan.

Okay, spoilers over. I won’t go any further, because you really should experience Aftermath’s story for yourself if you’re a fan of the series. Like every story NetherRealm has told in the last few years, Aftermath’s story is surprisingly good. It’s silly, like all things Mortal Kombat, but beneath that silliness is a well-written story that gives each of its characters the time and emphasis they deserve. It’s also beautifully rendered and well-acted, with the highlight being Cary-Hiroyuki Tagawa’s performance as Shang Tsung. Tagawa played the role in the 1995 Mortal Kombat movie, and returned to provide his voice, likeness, and motion capture performance in Mortal Kombat 11’s Krypt, all of which he provides here, as well. Aftermath features several good performances – particular note must also be give to Matthew Yang King, who plays Fujin – as did Mortal Kombat 11, but Tagawa steals every scene he’s in, and it’s a joy to see him return to a role he clearly enjoys.

Aftermath’s story isn’t as long as Mortal Kombat 11’s – it spans five chapters compared the base game’s 12 – but it does provide an opportunity to play as several characters who weren’t playable in the original, including Nightwolf, Fujin, and several others. Completing the entire thing should take between 3-5 hours, depending on your skill level, and it’s an enjoyable romp. Several sections provide you with a choice of who you’d like to play, just like the base game, and there are multiple endings, so there is replay value to be had. Aftermath does herald the return of 2-on-1 fights, which are always stacked against you. These can be a bit annoying, but they didn’t trip me up much. Otherwise, it plays very much the same as the original story, and NetherRealm does a good job of weaving this story into the original’s fabric, presenting old scenes in new contexts, and offering new twists and turns. I enjoyed it quite a bit, and I think most long-time fans will, too. It also genuinely feels like the end of Mortal Kombat’s story, and a satisfying one at that. The door is left open, of course, but if there is more Mortal Kombat, I imagine it will look quite different than before. Still, if NetherRealm decided to call it quits here, I wouldn’t mind. 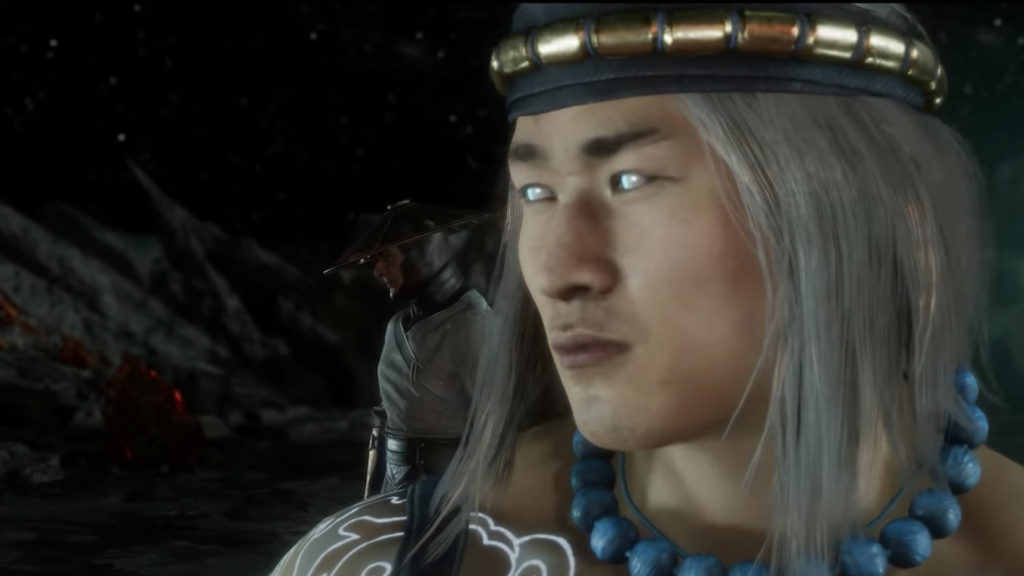 "Aftermath genuinely feels like the end of Mortal Kombat’s story, and a satisfying one at that. The door is left open, of course, but if NetherRealm decided to call it quits here, I wouldn’t mind."

Besides its story, Aftermath also adds three new characters to the roster: Sheeva (making her first appearance since Mortal Kombat 9), Fujin (last playable in Mortal Kombat: Armageddon), and RoboCop, portrayed by Peter Weller himself. All three are fun to play. RoboCop has powerful projectiles and a defensive parry that keeps the opponent out. He’s probably the most standard of the three, but his moves are a lot of fun to use. If you like zoning, you’ll enjoy him. Sheeva is a bruiser who is most at home in your face. Her variations alternate between buffing and varying her teleport stomp; giving her a variety of mix-up options in lows, command grabs, and overheads; and significantly buffing her kombo damage.

By far my favorite, however, was Fujin. Fujin’s abilities are completely unique. He can summon a tornado around himself that you  can manually control, run on air, use air currents to attack opponents from all sides, slide under projectiles, or just hit folks with a blast from his crossbow. Fujin might feel a bit weird at first, but once you start to get a feel for his moveset, he’s an absolute blast. I can’t wait to spend more time with his variations and learn more of his kombos.

The update that released alongside Aftermath also adds new stages, including the Klassic Dead Pool and Soul Chambers; Stage Fatalities, which use the environment to finish foes; and the return of Friendships, friendly finishing moves that kill with kindness. Friendships are ridiculous and have been absent from the series since Mortal Kombat 3, but their return is welcome. They vary wildly: Scorpion spears a teddy bear over to him and hugs it delightedly. Sub-Zero brings out an ice cream cart. Shang Tsung summons flowers. The Terminator does stunts on a motorcycle, and so on. 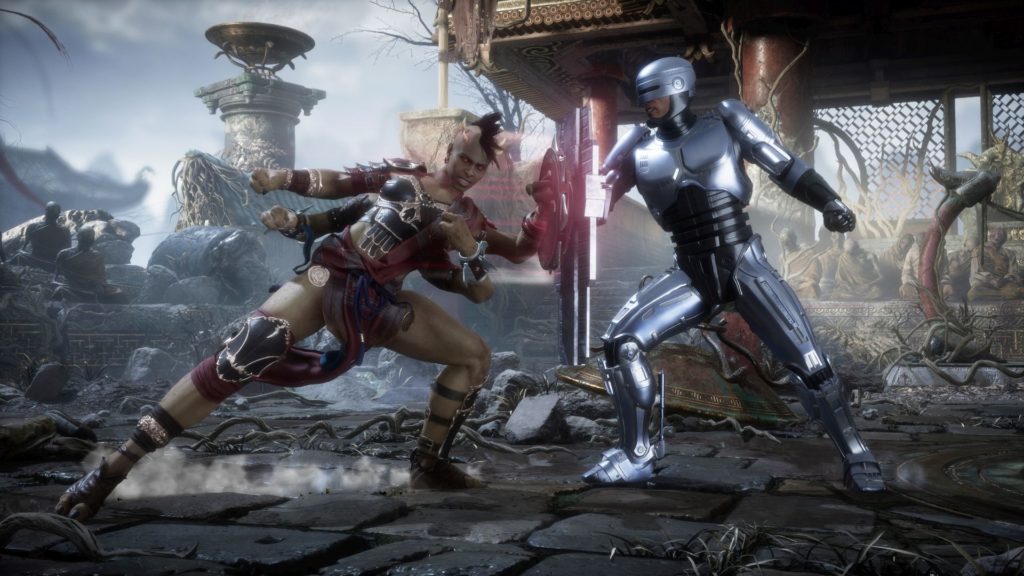 " The new characters are an excellent addition to the game’s roster, and Aftermath is a satisfying conclusion to Mortal Kombat 11’s story. It’s a great expansion, particularly for die-hard fans."

These new additions are great fun – particularly the new stages and the Fatalities that come with them – but unlilke the new characters and Aftermath story mode, they’re free for anyone who owns Mortal Kombat 11, no additional purchase required. So far, the only stages that support Stage Fatalities are the Dead Pool, Shaolin Trap Dungeon, and Tournament, though NetherRealm has said that they’ll be supporting the game for some time, so maybe we’ll see more in the future. Either way, it’s hard to argue with free.

What Aftermath is, then, is a set of three new characters, three packs of skins, and around five hours of new story mode kontent. It’s not a ton of kontent, especially given the expansion’s $40 price tag, but what’s here is very, very good. The new characters are an excellent addition to the game’s roster, and Aftermath is a satisfying conclusion to Mortal Kombat 11’s story. It’s a great expansion overall, particularly for die-hard fans. Casual players might not find too much to interest them – Mortal Kombat 11 already has enough kontent to keep you busy for years without spending money on more –  but if you’re like me, you’ve already spent a lot of quarters on Mortal Kombat over the years. And if you like the series, I’d say this is definitely worth a few more koins.

A fantastic ending to the Mortal Kombat story. Cary-Hiroyuki Tagawa’s performance as Shang Tsung. The new characters are all fun to play. Friendships, new stages, and Stage Fatalities.

Could be a little pricey for casual fans.

Final Verdict:
GREAT
Mortal Kombat 11: Aftermath is a fantastic ending to Mortal Kombat's story, and adds three fantastic characters to the game. Casual fans might find it a little pricey, but this is an excellent expansion.
A copy of this game was provided by Developer/Publisher/Distributor/PR Agency for review purposes. Click here to know more about our Reviews Policy.