Last year Mortal Shell made a name for itself for being a Soulslike that did a lot of things right with a couple new twists, though it didn’t quite get out of the shadow of the beast that is the Souls series. From the level design to the lore and the structure, Mortal Shell was and still is clearly influenced heavily by the Souls series, though its hardening and shell systems make it just unique enough to be noteworthy and a recent cult classic. Cold Symmetry has continually given fans free updates, and with the release of The Virtuous Cycle, not only did the game receive another free update if you were quick enough to snag it during its first 5 days on the market, but it adds in an entirely new mode that changes the fundamental way the game is played. The Virtuous Cycle’s addition of a roguelite, along with its new shell and weapon, make it worthwhile for the fans of the game who want a new way to play, but I hesitate to say it adds any value to the game itself for newcomers. 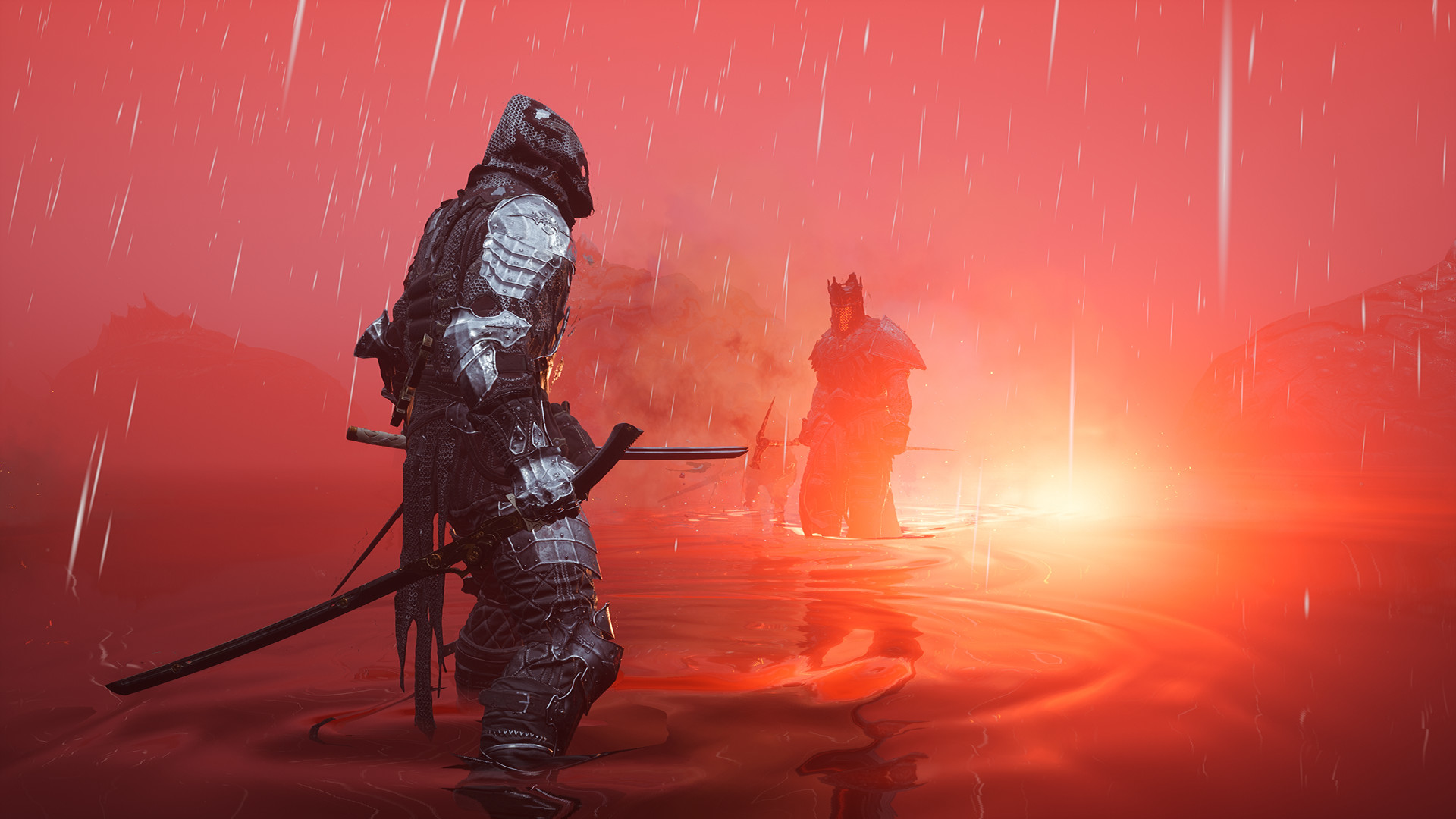 "The Virtuous Cycle’s addition of a roguelite, along with its new shell and weapon, make it worthwhile for the fans of the game who want a new way to play, but I hesitate to say it adds any value to the game itself for newcomers."

In its original version, Mortal Shell is a Soulslike through and through. It has an interconnected world with tough enemies whose attack patterns you need to learn and who respawn when you die. Its slight differentiation comes in its semi-linearity within each of the three paths you can take, each of which ends with a boss. In The Virtuous Cycle, there’s a new character in the Fallgrim Tower who takes you to what is effectively an alternate universe, where the environments are mostly the same but the game turns into a Soulslike roguelite, which doesn’t affect your progress in the main campaign at all. In this alternate universe, named the reverie, the walls of Fallgrim Tower are locked except for a single pillar through which you can escape, starting your next run of the game. To begin, you choose which shell, weapon, and instinct you want to use for your run through the game, and you’re spawned into one of a handful of locations around the game’s opening area.

Of course, the roguelite run that you’ve just embarked on is different than any of the traditional runs in the game’s primary campaign. Most notably, you succeed if you can defeat the entirety of the game in a single run, but any time you die, you’re transported back to Fallgrim Tower and have to start from scratch, all but erasing the type of step-by-step progression that’s so basic in Soulslikes. Instead, progression here comes in the form of pillars and touch stones. These are scattered around the world and provide benefits in ways similar to any other roguelite on the market. Most of these benefits are your standard increase in dodge roll speed, drop rates, or damage, though some less common ones give you bigger benefits, refresh the ability to recover your shell, or even provide boosts that last permanently instead of just for that run.

On the gameplay front, very little has changed from the base game. Enemies appear in slightly different locations and sometimes larger groups, but the core of stabbing, rolling, and hardening is as pure and satisfying as ever. If nothing else, playing through The Virtuous Cycle is a great way to get back into the gameplay and feel how tightly choreographed the fights can feel and how satisfying it is to take down any range of enemies. This means that what also hasn’t changed is the game’s punishing difficulty. In some other roguelites, any individual enemy might not be the most intimidating or have a chance to kill you on its own, but here there’s never a safety net. You have to be on your game at all times or you’ll die, and just as before, you will die a lot.

"If nothing else, playing through The Virtuous Cycle is a great way to get back into the gameplay and feel how tightly choreographed the fights can feel and how satisfying it is to take down any range of enemies."

Obviously, Mortal Shell is by design a frustrating experience. You’re supposed to get ambushed or killed if you make a wrong move or don’t manage your stamina correctly. The main game makes up for this within gameplay with the unparalleled feeling of satisfaction that comes when you finally do beat that pesky boss and can be done with it forever, but with the roguelite structure, The Virtuous Cycle inherently loses this feeling of progression and doesn’t quite make up for it elsewhere. Just like in the campaign, there isn’t much direction in which path to take, and this makes it feel like you can wander with no clear path forward or understanding of what you need to do next. In a lot of ways, too, the main campaign can almost be classified as a long sequence of very short roguelike moments, where every death is the start of a new run and every Sister Genessa instance starts the next sequence. Taking out the idea of pushing forward no matter how many runs it takes removes a lot of the overarching feeling of progression.

The only way The Virtuous Cycle allows for this sense of progression is with a permanent upgrade system that allows you to pay tar or glimpses for a chance at better starting Instincts or the ability to keep more tar at the end of a run. On a purely structural level, this is a good way of building in slow progression, but it took more than 20 runs of 25-30 minutes each around just the opening level to come anywhere close to having enough tar to open a gate to a new area, and at this point I was already getting tired of the single boss and relatively small number of enemy types in the opening area. Eventually, things started to open up as my tar retention upon death was high enough to keep me going without starting from zero, but I can understand anyone who gets frustrated with the snail-like progression in the first few hours, even more so than the normal game.

The Virtuous Cycle also offers a new shell in the form of Hadern and the new Axatana weapon, both offering more variety than any shell or weapon before. Hadern is a cool addition as one of the main bosses in the main game who kicked my teeth in a handful of times, so getting to play as him is satisfying, especially since he’s a combination of the rest of the shells. The Axatana is a mashup of the eponymous axe and katana, which allows you to switch between agility and power quickly. While both of these are great additions to create some more variety, I never felt they were better or more fitting to my playstyle than the combo I had almost mastered through the campaign, so I never felt a need to use them more than just trying them out. 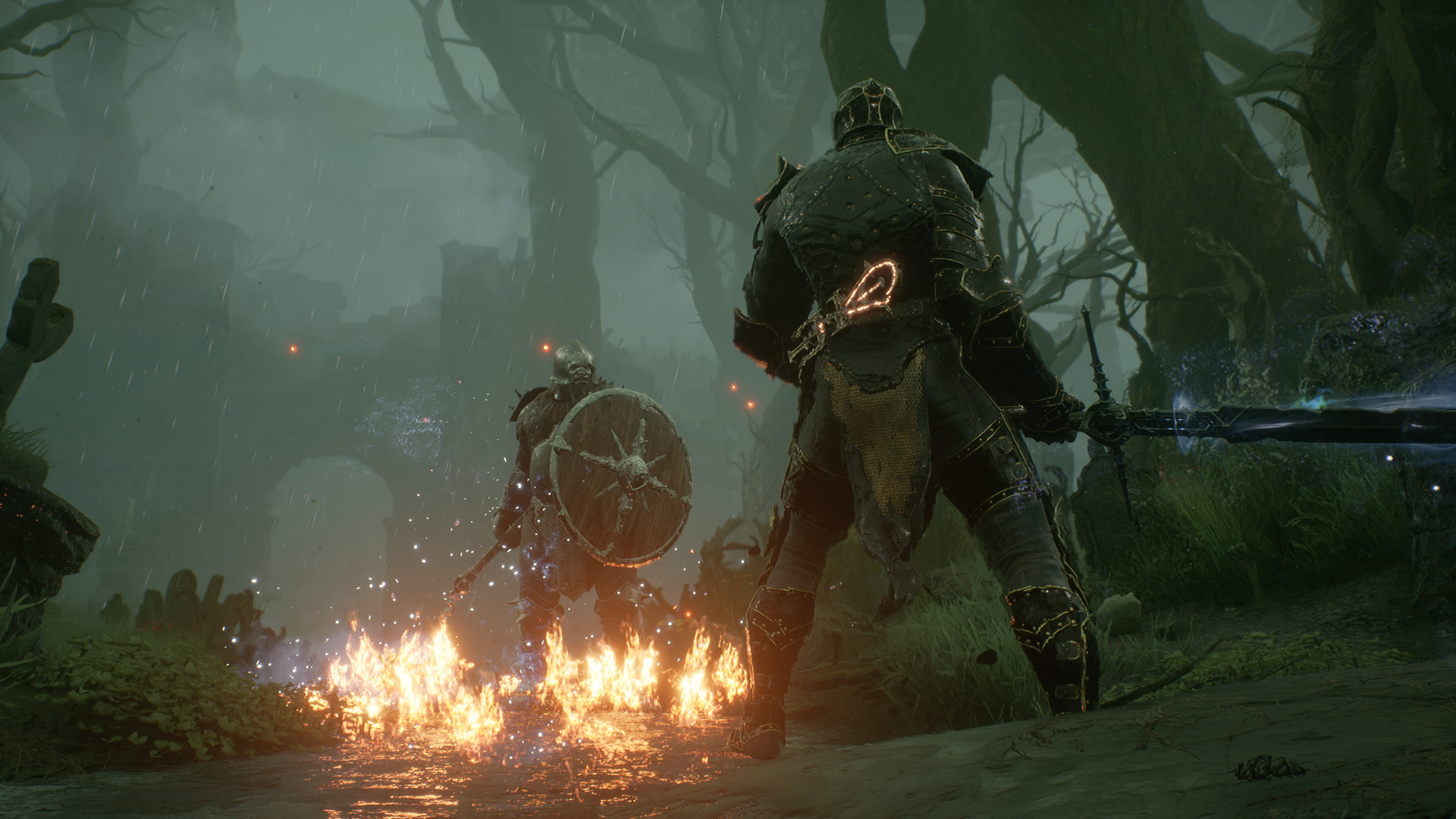 "Eventually, things started to open up as my tar retention upon death was high enough to keep me going without starting from zero, but I can understand anyone who gets frustrated with the snail-like progression in the first few hours, even more so than the normal game."

Mortal Shell certainly had some new ideas to offer the Soulslike genre at launch, and with The Virtuous Cycle, I applaud Cold Symmetry for trying new things and giving players a ton of replay value with a new, if somewhat derivative, roguelite mode and variety with the new weapon and shell. What I don’t like about the new mode is purely in its comparison with the main campaign, as it feels like the satisfying feeling of beating bosses with finality is taken away with less of a sense of progression or improvement to take its place, especially because many sequences in the campaign, as with other Soulslike games, have their own roguelike characteristics. For anyone who’s played or wants to get into a Soulslike, Mortal Shell is a great place to look, though it loses a little something when it takes away that rigid structure.

Final Verdict:
FAIR
With The Virtuous Cycle, Mortal Shell tosses its hat into the roguelite ring, and while it’s a great reason to come back for more Mortal Shell, its slow progression and lack of clear direction make it less of a fulfilling experience than the main campaign.
A copy of this game was provided by Developer/Publisher/Distributor/PR Agency for review purposes. Click here to know more about our Reviews Policy.