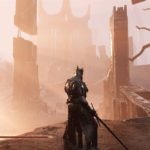 Mortal Shell: Complete Edition is Out Now on Nintendo Switch

Mortal Shell has made its way on to the Nintendo Switch with all of its DLC through the new Mortal Shell: Complete Edition.

The Entropy Centre is a surprisingly great game with well made puzzles and unique ideas, though it could have done with some much needed modern features.

Developer Stubby Games' first person sci-fi puzzle adventure title has a concrete launch date, ahead of which a demo has also been made available on Steam.

Soulslike Metroidvania The Last Faith Features Brutal Combat in New Trailer, Out in 2022

The Entropy Centre is due out for PC, PlayStation 5, PlayStation 4, Xbox Series X/S, and Xbox One sometime in 2022, though a specific release date hasn't yet been announced. 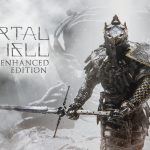 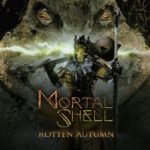 The previously closed beta has been opened up for all due to heavy demand.

Mortal Shell is Exclusive to Epic Games Store on PC

More gameplay and a boss fight revealed at the PC Gaming Show.