Just as every musician needs an instrument and every actor a stage, every motion controller endowed platform requires the usual collection of sports games. Often it is the official first party variant that leads the sports collection pack (see our Kinect Sports review coming soon) but there are always third party alternatives ready to steal away the limelight. Or at least they can try to steal away the thunder, as Ubisoft’s Motionsports is definitely not the sports package that the Kinect needs in its repertoire of titles.

I’ll start with the good in an attempt to subvert my usually cynical nature. Motionsports: Play for Real certainly looks and sounds the part. Whatever sport you select you’ll be treated to some solid character models, realistic animations and some meaty sound effects that improve the sense of immersion. Even the menus are pretty slick, visually speaking. There are some innapropriate and annoying commentary lines and it must be admitted that some of the background textures are a bit bland, but regardless the graphics in Motionsports are as solid as a rock and you’ll really feel every punch, kick and jump. 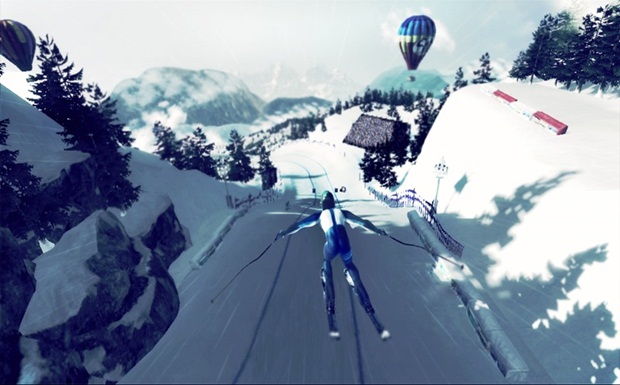 Where the gameplay may falter, there is no doubt that the graphics are fantastic

The list of sports present in Motionsports can be described as surprisingly pleasant. The standards such as football and boxing make an appearance, but horse riding, hang gliding, American football and skiing also grace the package. It is just a shame that the quality of the games on offer is somewhat variable. For starters the Horse riding is just plain dull and quite tedious. Following this is the poor repertoire of moves you can pull off in the boxing. The skiing and Hang gliding are decent enough games, but suffer the minor issues of an over-sensitivity when it comes to turning and poor directional sign posting respectively. Aside from these the big gripe is the fact that, in actuality, all the games control quite badly on account of some really poor motion detection and tracking. No matter how you look at it, Motionsports just doesn’t use the Kinect hardware to its full potential. Even in the menus it can sometimes infuriatingly refuse to detect your hands over the buttons. The camera also constantly fails to recognise who you are in relation to your profile, leading you to sign in about ten or twenty times over the course of any sizeable play session. As if I wasn’t annoyed enough, the amount of space required to play the game properly is absolutely criminal. The Kinect manual states that you require at least six feet of space in front of the sensor or eight feet for two players. This is trying enough for most people’s living rooms, but I was stood eight feet away and Motionsports still wasn’t detecting me properly until I’d taken a few more steps back. No matter how you look at it, not many people have that kind of empty space in their homes. 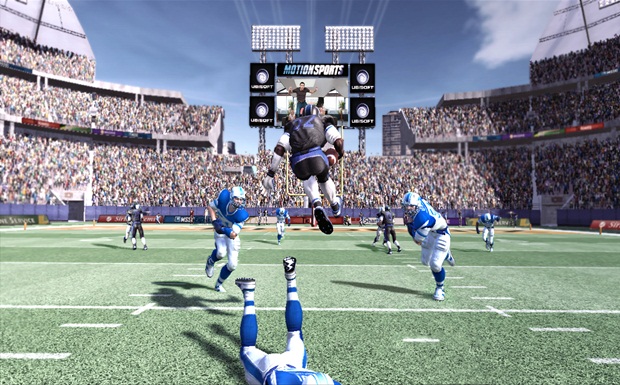 My other major point in contention lies upon how much content you’ll actually be able to squeeze from the Motionsports package. The six sports are each divided up into separate challenges, some offering new and refreshing archetypes with each challenge and others, often relying on the same basic game type but repeating it over and over. They’ve added a fame points system for each game in an attempt to lend a sense of incentive and progression as you play, but there is just not enough game time on the disc to justify the price of a full game. 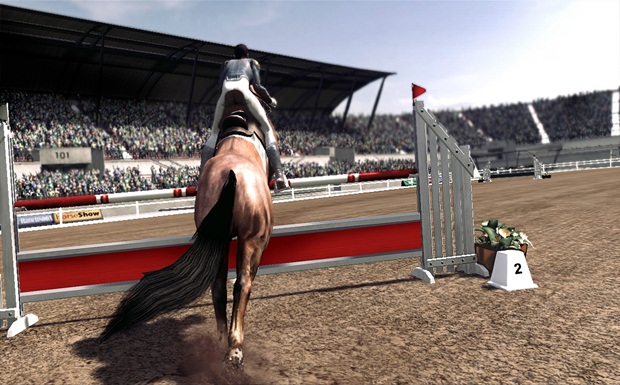 Motionsports: Play for Real attempts to tap into a niche market of sports that are often misrepresented within the gaming world. It certainly makes a nice attempt, but with the poor use of the Kinect hardware the game seems muddled and confused. Were the tracking and motion detection just a little bit tighter this game could have really hit the spot, but it is rushed and the mechanics aren’t tight enough as a result to warrant the purchase. If you want to get the most out of Microsoft’s Kinect this winter season, put your money into any other title but this.

Games can get quite dull, Some really dodgy motion tracking, Menus often fail to work, Real variation in quality of the games, Needs a ridiculous amount of space

Final Verdict:
MEDIOCRE
Filling in the mandatory role of the unofficial motion controlled sports package, Motionsports attempts to bring some unconventional sporting events into your living room using Microsoft's Kinect. A decent variety in game modes is let down by some repetitive challenges and lazy motion tracking
A copy of this game was provided by Developer/Publisher/Distributor/PR Agency for review purposes. Click here to know more about our Reviews Policy.