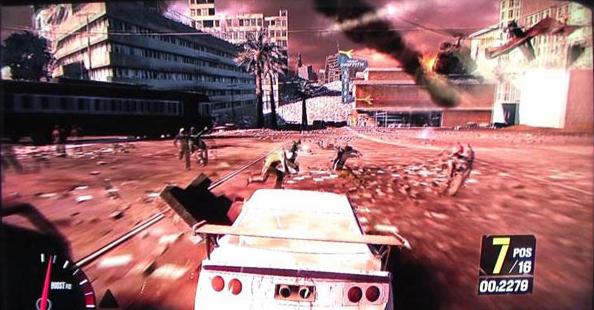 Here’s what they have to say:

The culmination of that work can be seen in MotorStorm Apocalypse. It is now regularly described as the best example of 3D gaming you can get, so all that research and development looks like it was well worth it. Hopefully most of you will at least get to see the 3D, but even more than that I hope you get to play it. This video is one we’ve made to showcase the tech – it’s 2D on the blog but you’ll be able to grab the 3D version from the PSN store to view on a 3DTV.