MUBI- coming to a PS3 near you

There are some exciting developments on the Playstation 3 front which may turn it into even more of a fantastic multimedia player.

MUBI is a new application coming ‘soon’ to the PS3 which will allow you to stream international cinema straight to your PS3. Among the ripe pickings will be Tarintino classics, works by the Coen brothers and much, much more. 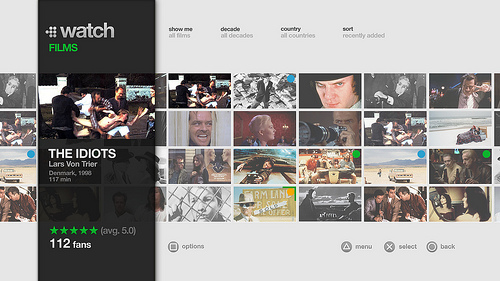 Read on for the full post from the Playstion Blog.

Ok, lets make this simple… Do you know who Kubrick is? What about Antonioni? David Lynch? Ring any bells?

But if you are still reading you are going to like this a lot.

Well, we are MUBI and we are basically transforming your PS3 console into your own online cinema. (You can still play games and all that, don’t worry!) We couldn’t resist the idea of everyone having their own exquisite film library—And that’s it in a nutshell.

But lets get this straight, we are not just an online cinema and we are not just some tech and film geeks in California—well, some of us are, yes—but we are 300,000 friends talking, discovering, and sharing films with one another every day. In fact, every 2 minutes there’s someone joining us. Yes. 2 minutes. Sorry to get a bit geeky (we warned you!), but that’s 700 people joining each day. Not bad… but joining what?

The truth is, we can’t even start explaining. But let’s try this: At the moment, some of us are at the Cannes Film Festival announcing a major collaboration with SCEE for PS3. So, soon, you will find a new application on your console, which will let you stream the best of international cinema from the comforts of your couch. This is not a simple virtual videostore; we emphasize quality over quantity. You’ll find undistributed festival gems ripe for your discovery, your favorite recent independent and art-house releases. Names like the Coen brothers, Kitano, Almodóvar, Tarantino, and Van Sant are some we’ll bring home to you.

Palm d’Or winners and simply films we think should have won awards. But that’s not all. We’ll bring you exclusive online premieres, collaborations with international film festivals, and retrospectives of some of the best cinema the world has ever seen.

And as we said, we love talking and sharing wonderful cinema too. Which makes MUBI like a small coffee shop, a place where you can gather and chat about alternative endings, directors’ cuts, or whatever those frogs in Magnolia meant.

You can follow members and interact with them: This is Martin Scorsese’s profile for instance (he happens to be a member!). Anyway, you get the point. We’ve spent some time tying together an online cinema with a simple, engaging social network to help film lovers spread around the world connect over the movies they love best. And that is that. Welcome to MUBI. 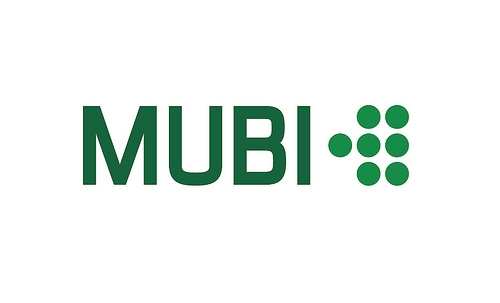