Posted By Shubhankar Parijat | On 07th, Nov. 2019 Under Article, Interviews

Many of you might know about Munchkin as a card game, oozing with humour and charm and personality, and developers Asmodee Digital have taken it upon themselves to take this unique experience and turn it into a video game. At its heart, Munchkin: Quacked Quest is looking to retain the identity of the source material, but it’s also translating many of its ideas into video game form in interesting ways, while throwing in wrinkles of its own. Curious to learn more about the game and what it has on offer, we recently sent across a few questions to its developers You can read our conversation with Asmodee Digital’s game designer Maxime Antonoff and line producer Guillaume Fournet below. 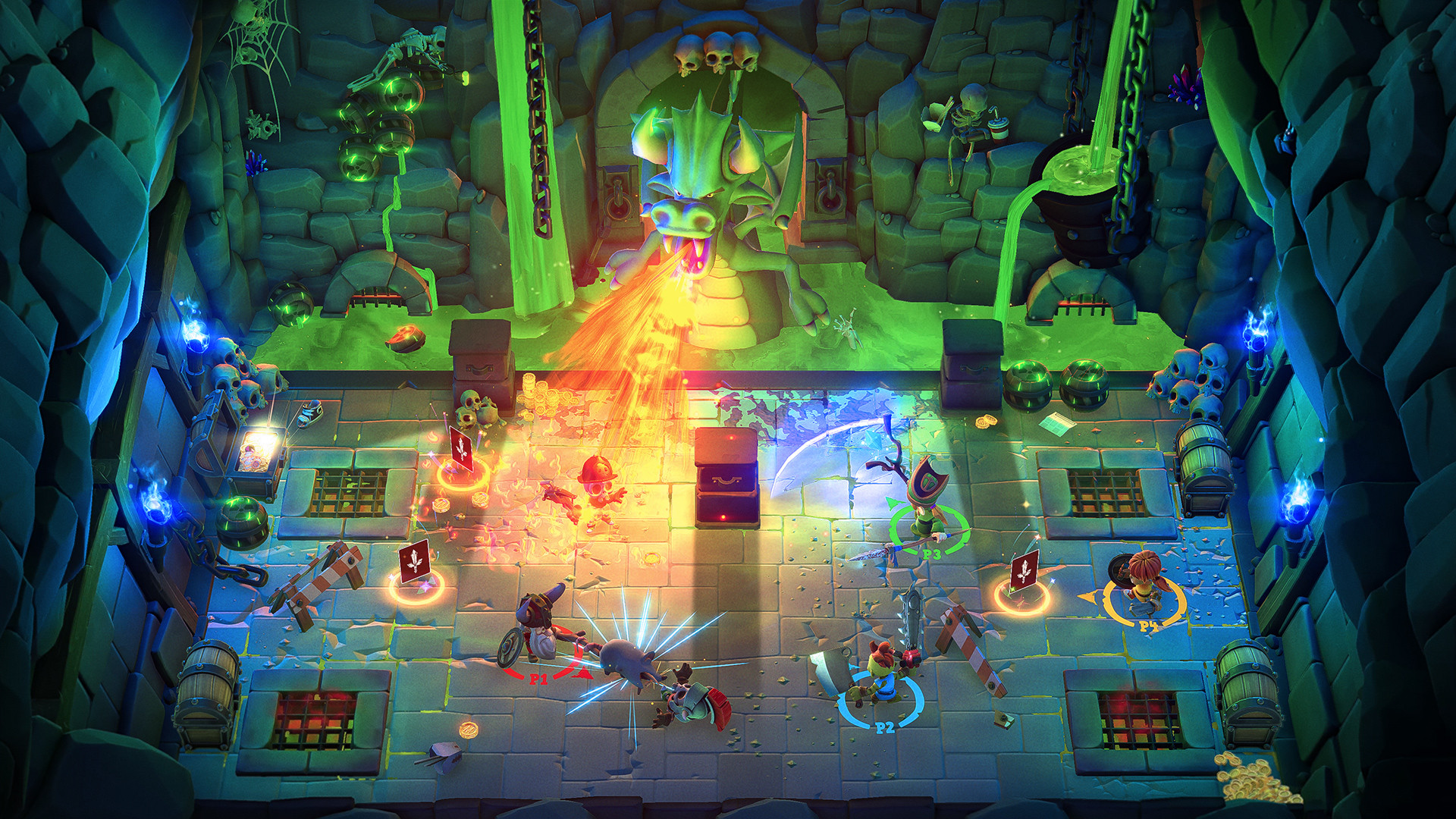 "Munchkin is all about loot, fun and treason."

What about the Munchkin card game would you say appealed to you the most, to make you want to make a video game adaptation of it?

Guillaume: The humor, parody and fantasy universe of the card game really fits our DNA, which is why we loved working with the IP to bring it in a relevant form to the video gaming audience.

Maxime: Munchkin is all about loot, fun and treason. Alliances are temporary and a lot of fun comes from having to deal with both “allies” and monsters and bosses. This is why we chose to focus on a brawling party-game leveraging all the cultural references to geek and RPG culture.

What’s the process of developing a video game based on a card game like, given how vastly different both things are? How do you approach translating things in the card game to gameplay mechanics, or adding new elements while staying true to the experience’s core?

Guillaume: Indeed, this is a crucial question when developing a digital adaptation of a board game. For Munchkin, we knew that a straightforward port of the card game wouldn’t appeal to the digital audience. However, it was also important to preserve Munchkin’s core values, such as the humor, the betrayal and the parody of the classic dungeon crawling experience in a fantasy setting. Our objective was to preserve the original experience and deliver it on digital platforms to new audiences.  A party-game was the perfect match!

Maxime: Munchkin: Quacked Quest is inspired by the original tabletop game, but is not a one-to-one adaptation. However, it preserves the main features of the Munchkin experience: loot, leveling and monsters. And of course, it showcases the chaos & fun of several players cooperating and competing at the same time. Mixing both dungeon crawling and party game designs, one could call the game a “dungeon brawling” experience. The narrator, frequently breaking the fourth wall, contributes to the core parodic and fun experience that Munchkin is famous for!

Can you talk about the different races and classes and how they will differ from each other in gameplay, in terms of strengths and weaknesses?

Guillaume: There are four races and four classes that players can combine however they desire. The races determine how fast you’re moving and how much HP you’ll start with. For example, Elves run faster but are weaker and Orcs are stronger but slower. In terms of classes, the Rogue can use a box to hide and let other players deal with the monsters and the Cleric can heal using an area-of-effect (AOE) spell which heals anything in it, including little skeletons destroying your friends! Warriors can stun other players with a bash and Wizards can create a magic area around them to isolate them and any loot within it from anything outside…or guarantee that last hit during an epic boss fight.

Maxime: All combinations match specific gameplay patterns and also fit the RPG traditional roles. For example, a Dwarf is very tanky, letting them survive when being targeted by enemies. The perfect opposite is the Elf, who is very squishy but also very quick, allowing them to focus on objectives and exploration. The Orc and the Human are more balanced, as the Orc is a medium tank and the Human is quite quick but slower than an elf. 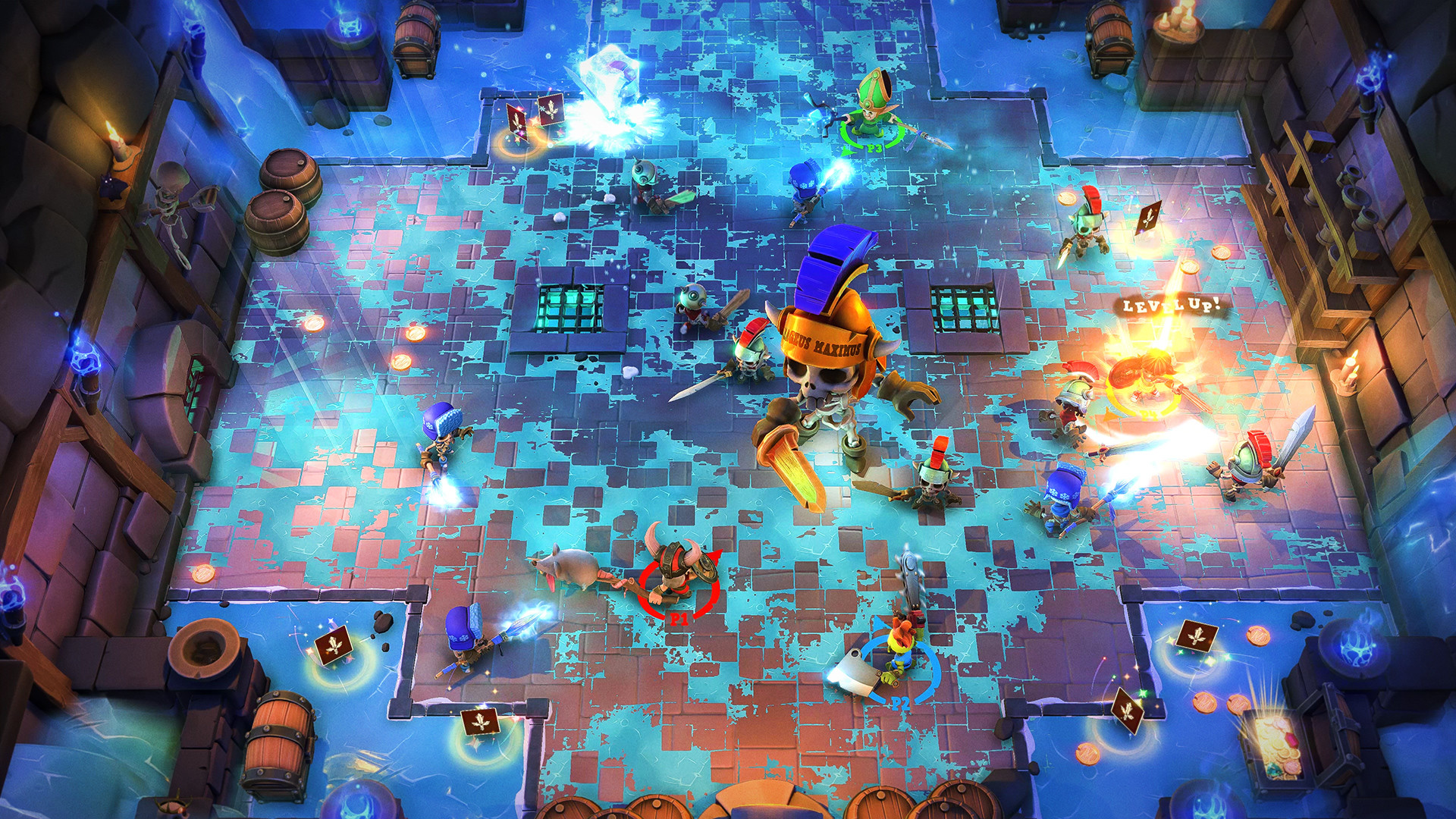 "We strived to make weapons both simple to use and relevant to different situations, thus offering strategic depth for expert players."

Given Munchkin‘s propensity for some truly wacky and inventive weapons, can you talk about weapon design and variety in this game, and how they will manifest in terms of gameplay?

Guillaume: While keeping some iconic ones (e.g. the chainsaw) from the original game, we also took the opportunity to make some references to the video game world and pop culture in general with a few cool new weapons such as the “pixel sword” and the “staff of love.”

Main hand weapons offer directional attacks or AOE effects while offhand ones can impact your character, your allies or your enemies (e.g. shield protect / bash). All these combinations then face different in-game situations; slash weapons are useful to slash 10 rats, but a piercing dagger is better to deal huge damage to one elite skeleton. Shields are useful against strong attacks, but a ranged crossbow can deal additional damage without taking unnecessary risks. If you do not like a weapon you can sell it first to earn gold and prevent your “friends” from using it.

Why did you choose to go with randomized dungeons for the game rather than handcrafted ones?

Guillaume: Because it was the perfect match for the design foundation we built, with the light parodic and funny elements throughout the game. We wanted to avoid boring, repetitive dungeons to keep the experience fresh and entertaining, so we designed a specific system combining the best of both worlds.

Maxime: The dungeon generation combines elements handcrafted by level designers with random factors. “Sequence” defines which rooms’ order, “Objective” defines the specific goal (e.g. grab the golden duck, kill the most mobs, etc.), “Enemies” defines the nature of your foes, “Treasure” does the same for the loot and so on. With more than 50 rooms, 15 enemies, four objectives, 30 to 40 loot cards, it generates a huge variety of experiences.

Can you talk about the dungeon modifiers, and what they add to the design of dungeons?

Guillaume: As mentioned above, they impact several key elements such as the number of enemies, their type, some of the layouts and the boss encountered at the end of the dungeon.

Maxime: Each game will begin with a magical card draw displaying four cards. These four cards will define the kind of run the player will do.

The Second Card is the Combat Focus: it defines the nature of enemies you will face (swarms, elites, ranged enemies…)

The Third Card is the Layout Focus: it defines what kind of rooms you will explore (full of traps, holes, destructible elements…)

The Fourth Card is the Boss: it defines which boss you will face at the end of the countdown and what boss fight rule will be applied (last hit, most damage, least health…)This card system is called the Dungeonarium. At the end of each game players will have to choose which new cards to unlock in order to have more content and a more diverse and rich dungeon generation. 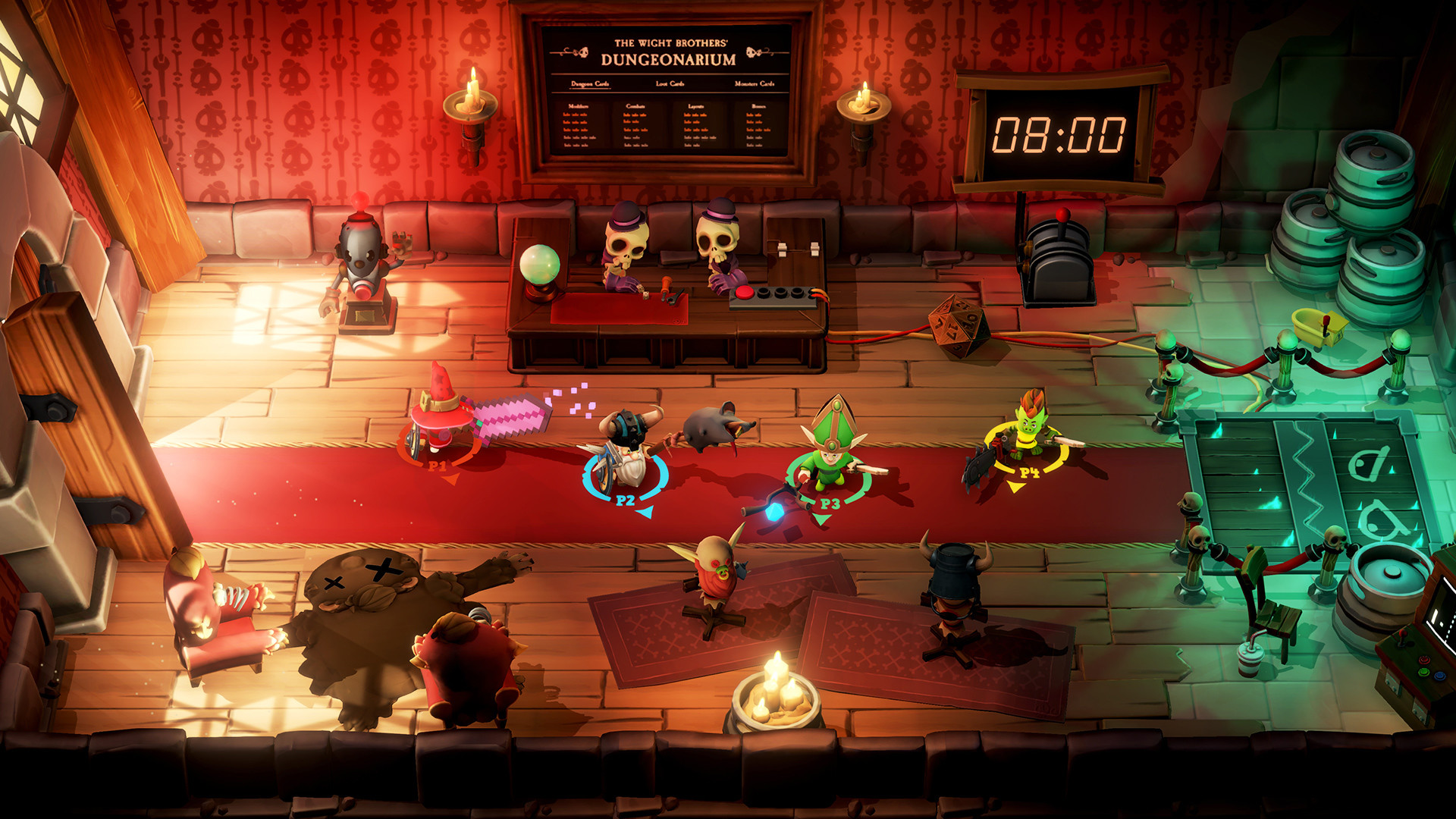 "Munchkin: Quacked Quest is a party-game at heart, so it is more interesting and satisfying to play against up to three of your friends."

What sort of objectives and challenges will the dungeons throw at players, and how do they leverage the co-op/competitive nature of the game?

Guillaume: Most of the objectives are silly, such as throwing a certain number of things, including friends, into a pit. But one of them is to be the first to grab the duck, and this is quintessential to everyone’s existence.

Maxime: Each room can have two or three different objectives, and if a player completes an objective, they will gain a level. So, players must manage their exploration in order to complete the objective, loot or sell treasures and deal with monsters and opponents.

There are four kinds of objectives:

Given that Munchkin: Quacked Quest supports co-op play, is that the intended way of playing the game, or is a solo playthrough an equally viable way to play?

Guillaume: Yes definitely, however if you don’t have friends, which is totally okay with us, you can play against bots, which is a good way to unlock new cards to modify the dungeons. Once you have a good collection, force your family onto the couch and play!

Maxime: Munchkin: Quacked Quest is a party-game at heart, so it is more interesting and satisfying to play against up to three of your friends. Social interaction is a key component of Munchkin’s original fun experience, and this is preserved in the digital version. That said, you can totally play solo to unlock content, explore rooms and train by playing against bots.