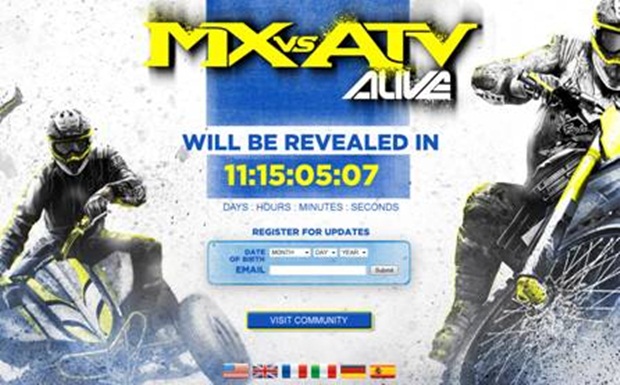 THQ have announced that MX vs. ATV Alive, the next groundbreaking installment in the 10 million unit-selling franchise, is scheduled for release on the Xbox 360 video game entertainment system from Microsoft and the PlayStation 3 computer entertainment system for a suggested retail price of $39.99. Featuring an enhanced physics engine and the most authentic motocross racing experience to date, MX vs. ATV Alive will be supported by an unprecedented digital content distribution strategy upon its scheduled launch in May 2011.

“With innovative technological advances and an unparalleled variety of content, the MX vs. ATV franchise has always led the pack in the off-road racing genre,” said Danny Bilson, THQ Executive Vice President of Core Games. “This year, MX vs. ATV Alive is bringing fans the features they asked for, along with a robust content distribution strategy that offers a great new way for gamers to specialize their experience.”

“MX vs. ATV Alive introduces a new Bar-to-Bar gameplay mechanic that allows players to physically fight for the lead by going elbow-to-elbow and banging handlebars,” said Michael Lustenberger, THQ Vice President of Global Brand Management Online/Digital. “Combined with the smoother controls and refined terrain deformation, the intense rider collision will make this the most realistic and accessible motocross game yet.”