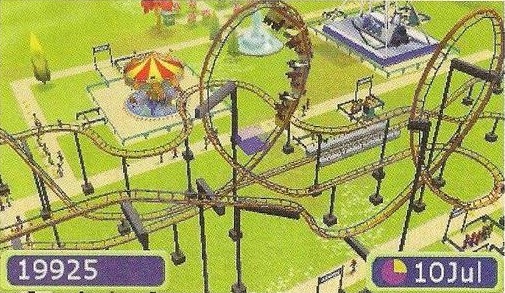 Namco Bandai has announced that they will be releasing Rollercoaster Tycoon 3D in the European and Australasian markets in October. It’s a really popular PC franchise that they think can do wonders on the 3DS.

It is being developed by n-space and its optimized well for the 3DS to provide an innovative and robust theme park experience.

“Since its inception in 1999, Chris Sawyer’s original RollerCoaster Tycoon and its sequels have captivated audiences with a gaming experience that put a whole new spin on the world of theme parks.  Now, 12 years later and over 11 million units sold, the RollerCoaster Tycoon franchise makes its debuts to a portable handheld for the first time ever,” reads the press release.

Will the 3DS owners welcome this game with open arms? Will this game sell decently on the system? Time will tell.

Check out all the features of the 3DS version: