Everything you need to know about NASCAR Heat 3. 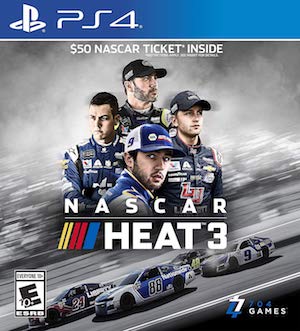 NASCAR Heat 3 was announced by 704games on July 7, 2018, when they also confirmed that the game would be launching in two months, on September 7, 2018, for the PS4, Xbox One, and PC. The four racers featured on the cover of NASCAR Heat 3 are Jimmie Johnson (who appears on the cover of a NASCAR game for the first time since NASCAR 06: Total Team Control in 2005), Alex Bowman, William Byron, and Chase Elliot, all of whom are Hendrick Motorsports drivers.

704games have also confirmed that they will be supporting NASCAR Heat 3 with post-launch content in the form of free DLC updates, while paid DLC updates have also been planned. 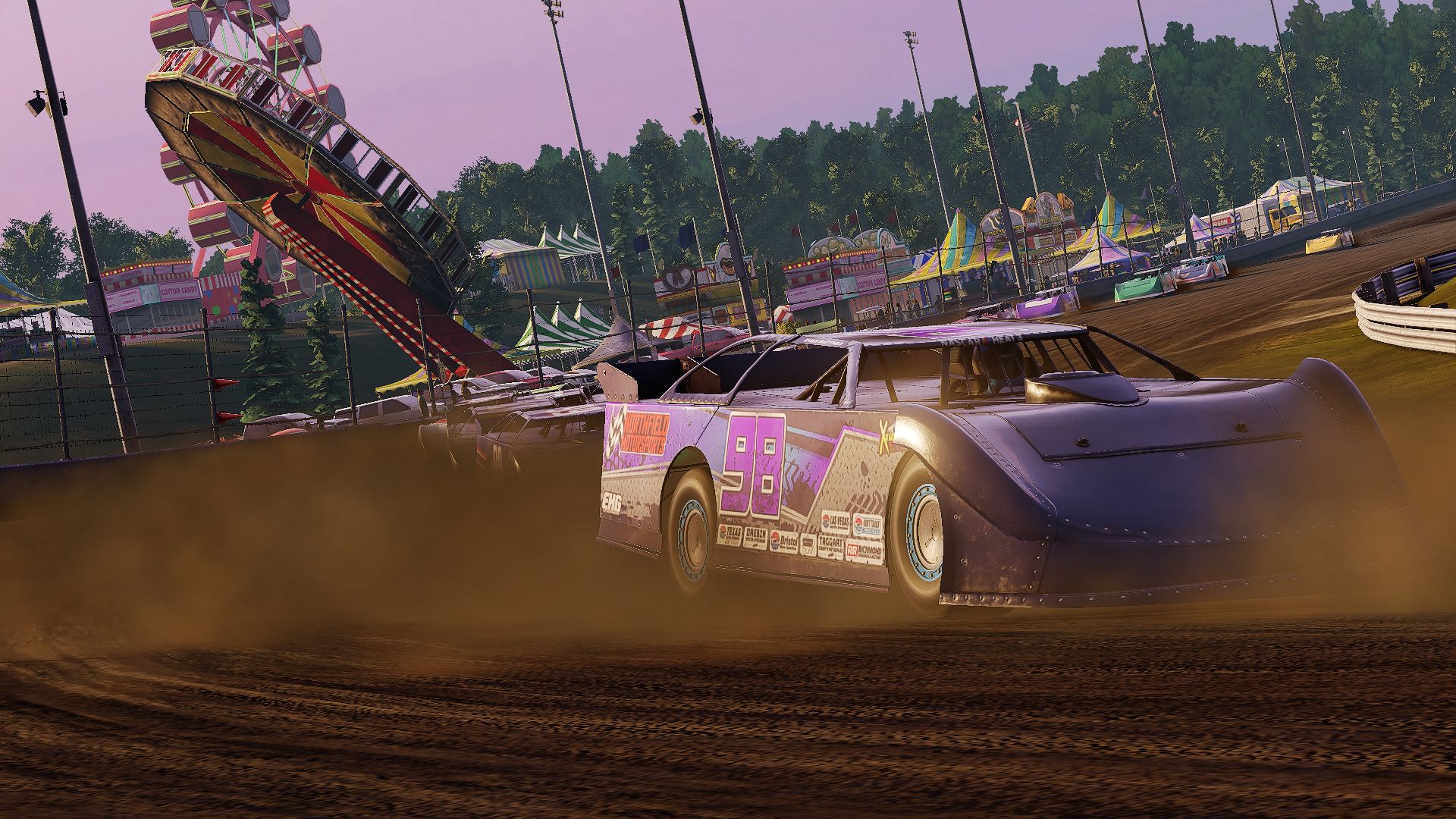 While NASCAR Heat 3 gameplay will function similarly to its predecessors at its core, developers Monster Games are making a few changes to some things. For instance, the game will allow players to experiment with their driving setups more. Nine preset setups will also be included, with three setups each for tight, loose, and neutral. While players can always choose the exact setup settings they want through customization done via menus, these presets will present those players with options who do not wish to go into that level of detail. Each setup will offer unique advantages and disadvantages and promote different driving styles. For instance, Loose 2 will allow for greater speed, but only at the expense of stability and balance.

The developers have, however, made efforts to make sure that neither setup has unfair advantages over the other, and that players can succeed in races using any one of them, based on which of the nine suits their driving style best. AI of competitors is also being improved, according to the developers, more specifically pertaining to pit stops. Competitors controlled by AI will now make smarter and more strategic decisions about when to make pit stops, or they might even choose to take risks at crucial points with pit stops to make late pushes for wins in races. AI racers will now also make more use of racing grooves while on the target.

Multiplayer will also return in NASCAR Heat 3, but with a major new addition in the form of tournaments, the seeding for which will be done on the basis of players’ performances in multiplayer races. Players will then have to progress through the tournament’s tiers by finishing races within given amounts of time, winning a tournament in your current tier will net you with rewards. Further details on things such as seeding and rewards have not yet been provided. Further, NASCAR Heat 3 will also see the return of practice sessions, which will also let players try out all of the nine aforementioned preset setups. NASCAR Heat 3 also adds a new dynamic racing line which players can make use of as part of training, but this will only be accessible in practice sessions. 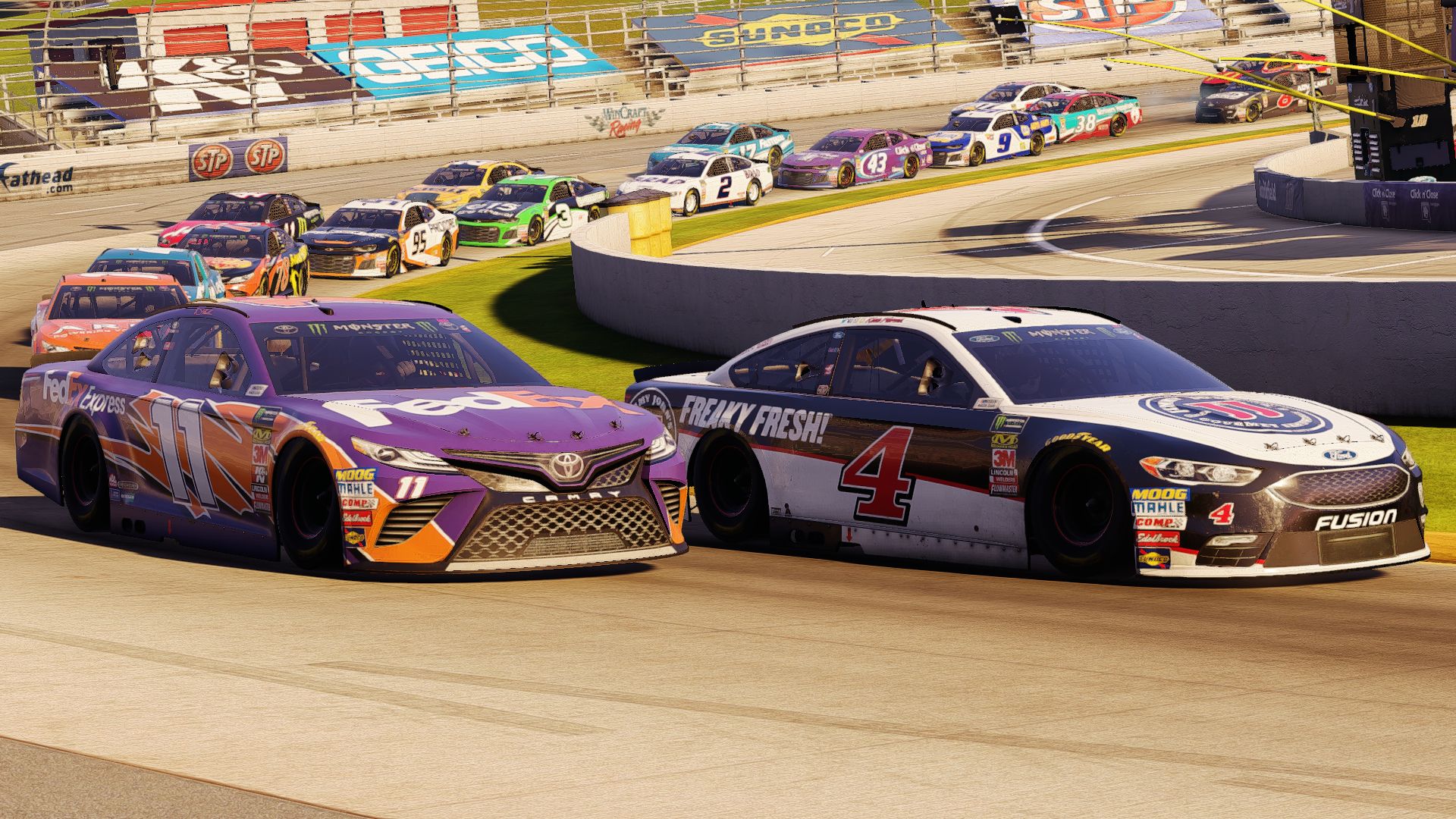 The biggest changes and improvements NASCAR Heat 3 is making is in the career mode. For starters, the career mode will have a lot more driver videos. Each series included in the career mode will now have a separate driver attached to it as the mentor, as opposed to just having a single driver like in the previous game. More notably, though, NASCAR Heat 3’s career mode will let players form their own single operator teams once they have earned enough money. Managing of teams will also have more in-depth management mechanics in NASCAR Heat 3, including management of numerous employees, researching and developing new vehicle parts and technologies, and more, also giving players greater control over how to improve their cars.

Additionally, while players could compete in three series in NASCAR Heat 2, its sequel brings that number up to four. Monster Energy NASCAR Cup Series, NASCAR Camping World Truck Series, and NASCAR Xfinity Series are of course going to make a return, but a new series, called Xtreme Dirt Tour will also be included. Unlike the other three series, Xtreme Dirt Tour is not based on a real series, and is instead a fictional one that has been created by Monster Games specifically for this game. As the name suggests, it will focus on dirt racing on local tracks. Xtreme Dirt Tour will have a total of eight tracks, which will be a mix of dirt versions of real world tracks (such as the Bristol Motor Speedway, as well as the Charlotte Motor Speedway course as part of the Bank of America Roval 400 event), real locations (such as Eldora, which was also featured in NASCAR Heat 2), remade versions of tracks that were included in the 2002 title NASCAR: Dirt to Daytona (which was also developed by Monster Games), as well as fantasy tracks created from scratch.