NASCAR The Game: Inside Line Review

NASCAR The Game : Inside Line delivers plenty of crashes but no wins worth mentioning.

NASCAR The Game: Inside Line is the latest release by Eutechnyx. Although there are a lot of similar features to an EA title, NASCAR is actually published by Activision. It shares the same features as Career Mode, chances to rewrite history by recreating races, and updated content that coincides with current events and the upcoming season.

NASCAR has all the makings to fall in line with the other sports games. There’s solid graphics engine with day and night time racing. The lights falling on the track are alone a pretty cool sight. Overall appearance of cars and tracks are really nice, and there are some cool options to walk around your car or take pictures from the track as well as customizing paint schemes and such. 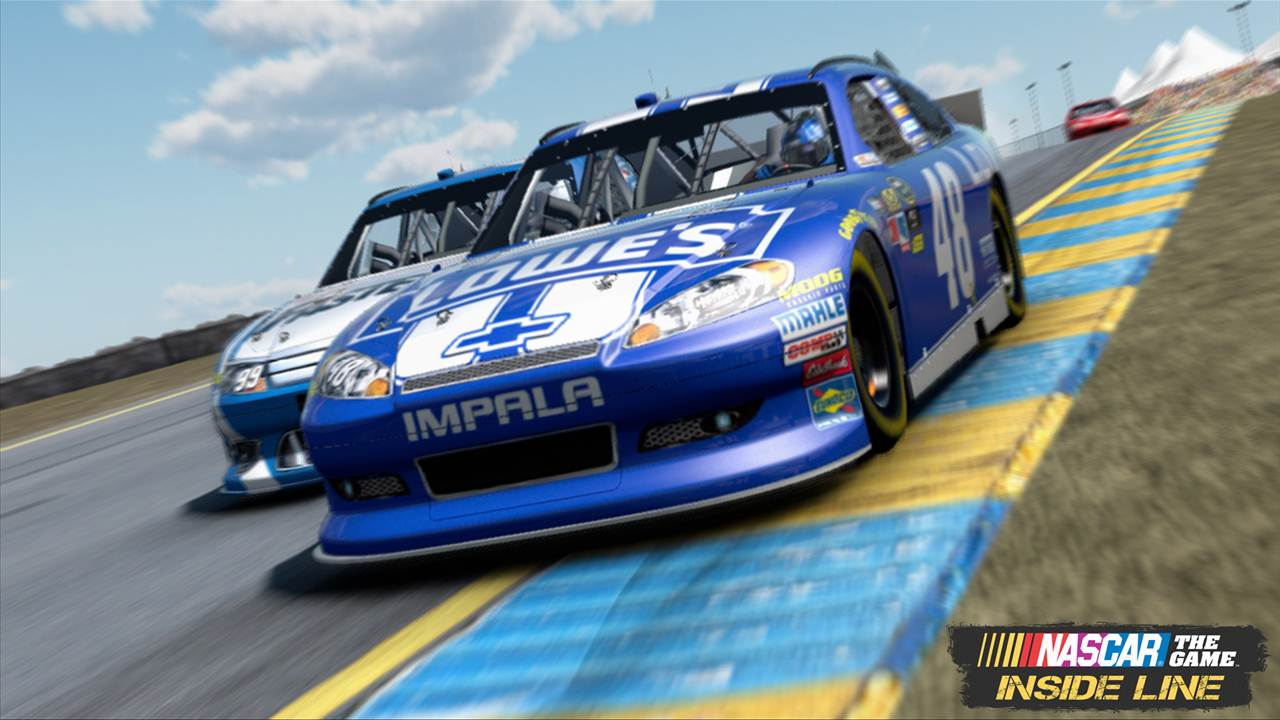 The controls are fairly simple to the game. Hit the gas, go in a circle, try to get first place. Of course if you really want to get the pole position you need to focus on drafting, the condition of your car, pit stops, and avoid crashing. In the garage you can make small or major changes to the setup of your car, depending on how deep and complex you want to be. You have plenty of opportunities to dial in your car between practices to get the coveted pole position in qualifying which can play a major factor in the race.

There are plenty of modes to try out in the game. Outside of career mode you can play single races, highlight races or a single season. In multiplayer you can play split screen offline, or online with up to 16 people. You can also play Head to Head against some of the strongest drivers in NASCAR today.

For me the game fell apart when I played the career mode. I can understand as a rookie, they are going to have an uphill climb into the series. However from the get go it was clear that I was going to lose. In my first qualifying runs I placed myself at 43 out of 43. When it came to the race ,first place was making a lap a full 5 seconds faster than me. This left me driving my first couple races by myself, dead last, in hopes of trying to get points and sponsorship to upgrade my car. It took nearly seven races before I placed in the top ten, and it took almost ten races to actually clinch a first after an engine upgrade. 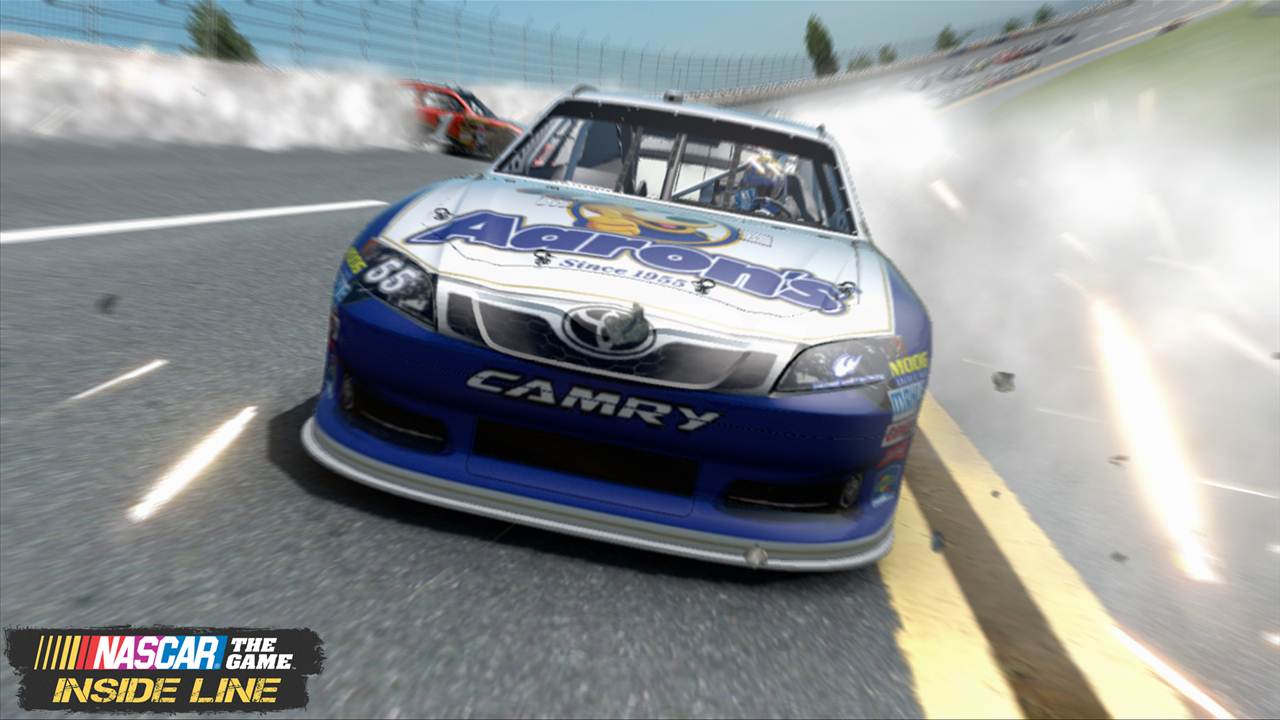 I understand that this game adds a certain level of difficulty to make the game challenging, but there were so many times the game took cheap shots. In one race, after again starting near the back, I clawed my way up to seventh before I was slammed into from behind. I lost control and almost wiped out, but I was able to turn into the spin, thanks to PIXAR’s Cars, and recovered and only lost a few places. The game however pulled a yellow cautionary flag. When the yellow flag is dropped the game goes to a cut scene to show the highlighted crash. Afterwards you have a chance to pit, and then you get to see your position before the race resumes. For me, despite recovering and driving away I was dropped to dead last.

In the races where the tracks were huge it took only a few seconds to drop to dead last. In the short tracks I learned to take advantage of crashing into drivers on the hard curves. If I could get ahead of a few people and cause them to crash, I could trigger the yellow flag and then move up a few more positions. Some races finished with at least five yellow flags all caused by me. In fact there was never a time when the game went to a yellow flag without me. It would have helped if I were trailing so bad and then the group caused a yellow allowing me to catch up. In one race I fought for spot 42 and we crashed. After the yellow flag, they called me a Lucky Dog with the opportunity to catch up after the green flag was dropped.

In another race I wasted seven laps trying to catch spot 42. When I actually caught up to him, he slammed on his brakes. I thought maybe they broke down. A second later they sped up and slammed into me and crashed me. After that I was a lap down and it seemed hopeless. And then I decided to out think the game. I slammed on my brakes and waited for the pack to try and lap me. I slammed first place and he crashed, causing the yellow flag. After the caution I got Lucky Dog’ed and was able to skip the extra lap and placed somewhere in the twenties. 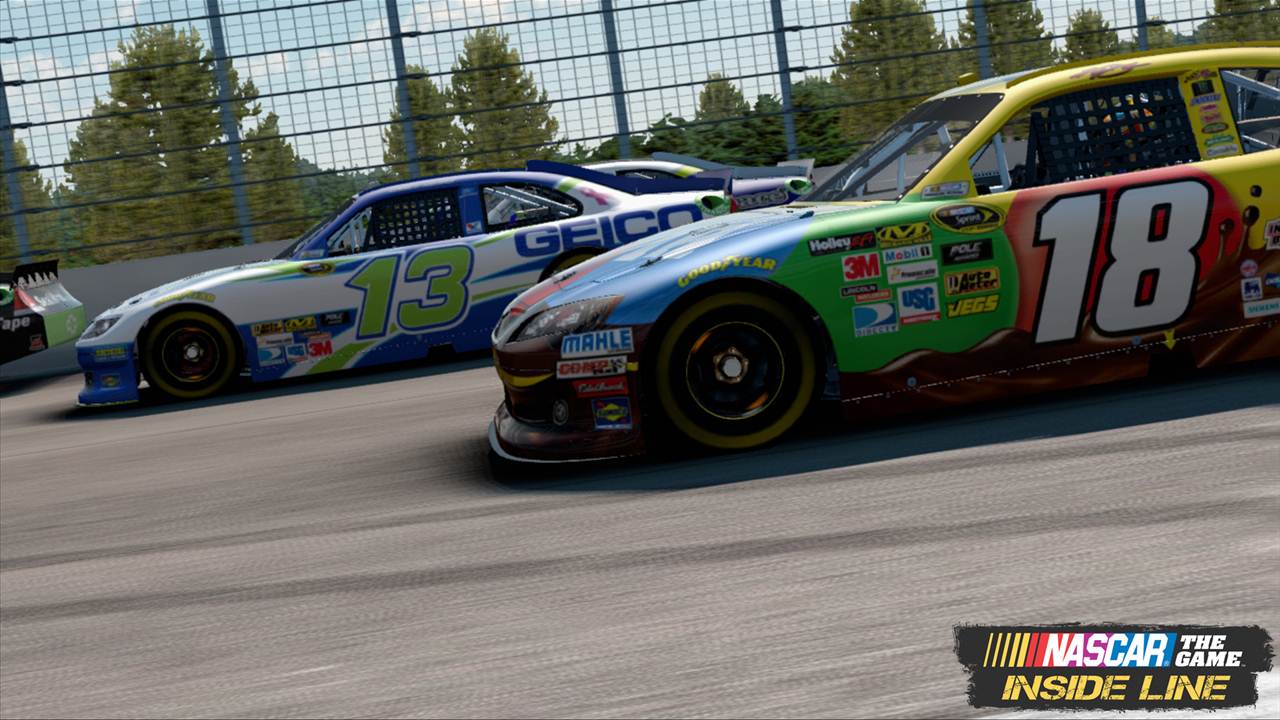 After about nine races I finally saved up enough points to buy a new engine. My next two races I placed first. And it wasn’t even close. I beat them by about three seconds. It just doesn’t make sense how lopsided the mechanics are.

The only real saving grace to this game is the crash mechanics. I certainly saw a huge amount of them. If you could bump someone and they lost control it could be spectacular. In the replays you could see cars piling up and some even launching into the air. It looked awesome. It would have been nice to have a highlight reel after the races to see all the crashes. In one pile up, a car went flying upsides down into the fences.

I stopped playing Madden football games when the season started and every throw you made was an interception. If you want us work our way up, put us in an amateur rank, or better yet let us skip the wasted races where there’s no chance of winning. On my second win, even the announcer was astonished a rookie could get first place twice. I reviewed Madden 13 and feel they made significant changes to stop punishing us. Maybe NASCAR will fix this in their next game, but for now it isn’t fun.

Final Verdict:
FAIR
NASCAR The Game : Inside Line delivers plenty of crashes but no wins worth mentioning.
A copy of this game was provided by Developer/Publisher/Distributor/PR Agency for review purposes. Click here to know more about our Reviews Policy.