Natural Doctrine (Or NAtURAL DOCtRINE, as the game spells it, because why not I guess?) is a Strategy RPG from NIS, famed publisher and localizer of many Japanese games. They usually bring over things that may have otherwise never been released in North America and Europe. They usually do a good job of judging markets and figuring out the best games to localize, but in the case of Natural Doctrine (NAtURAL DOCtRINE, again.) maybe this game would have been better as an importer’s curiosity.

NatUral DoCtrIne takes place in an (stop me if you’ve heard this before) Eastern medieval high fantasy world. A lot of the game’s aesthetic borrows highly from Fire Emblem and games like it, in fact, its almost as if the characters just stepped out of a Fire Emblem game. That is, their anime renderings do at least. The in-game models however, look like deformed board game pieces and barely resemble the 2d versions of themselves. It’s a really odd disconnect, because outside of the seemingly random anime cutscenes, the game never looks like the colorful anime portrayals. It’s really strange and it almost feels like the anime renderings were added after the fact by someone who was given a rough description of the characters over the phone. 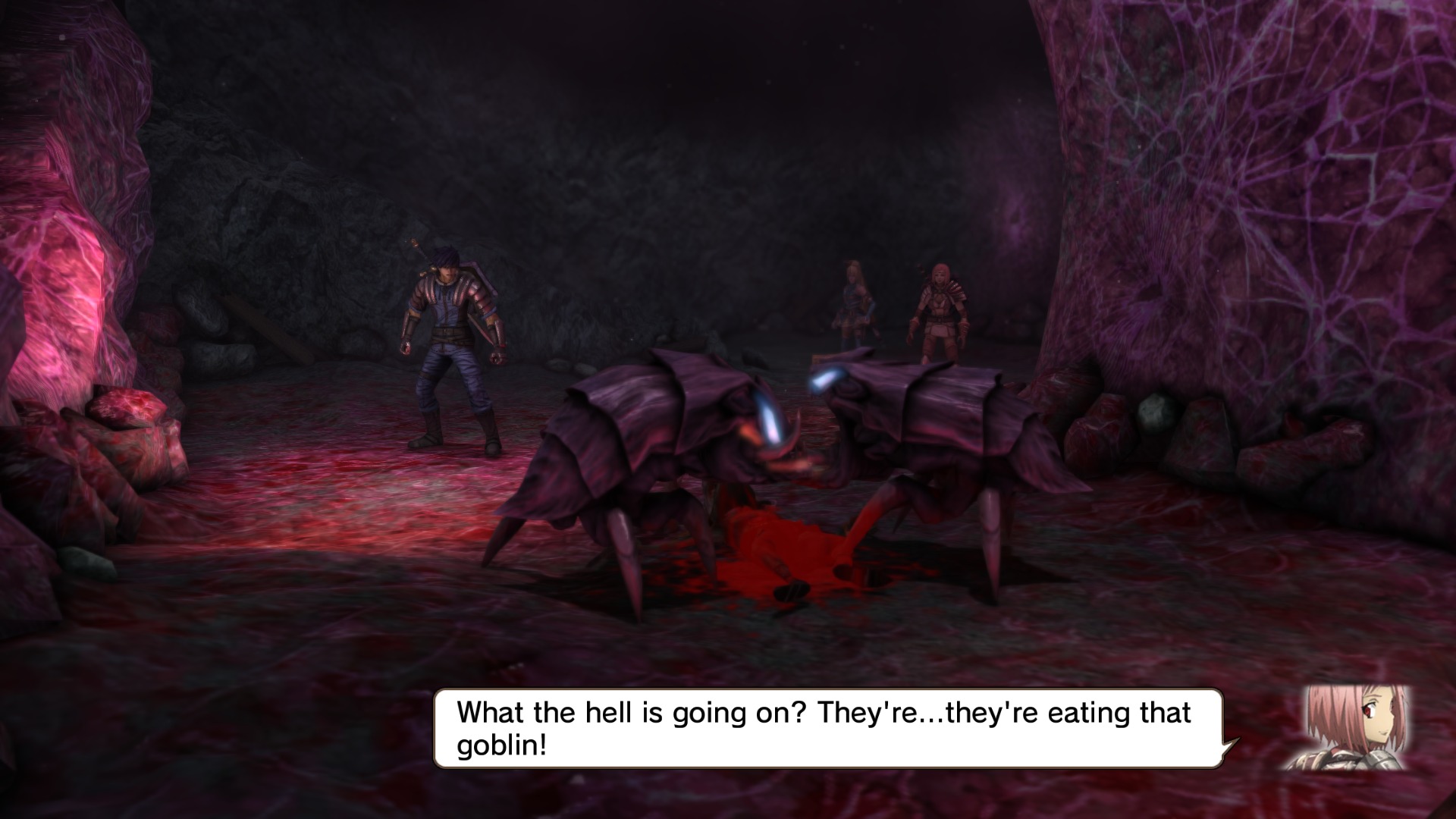 "In the case of Natural Doctrine, [..] maybe this game would have been better left as an importer’s curiosity. "

This game just doesn’t look very good. Even with the 1080p resolution and added DOF and SSAO effects on the PS4, it just looks like a weird mix of gritty D&D art book and discolored  Play- Arts action figures. I mentioned above how there is very little cohesion between the in-game models and their anime counterparts, but that isn’t the only thing that caused dissonance and took me out of the game. Anyone remember Final Fantasy Tactics on Playstation? Well the maps are sort of like that, suspended in midair and disjointed from the world. It is really bizarre when you take into account the platforms the game runs on. Maybe it was an artistic decision, and I would believe it based on some of the other questionable ones, but it just looks..well, cheap.

Being a Strategy RPG, you are thrown into closed areas and can move around the map when it’s your team’s turn. You choose adjacent enemies to attack when you’re close, and whoever is stronger will prevail. That’s all standard fare for games in this genre, but NatURAl dOcTRine adds a complicated buff and debuff system on top of that depending on your character’s placement in an area.

From what I gather (because the tutorial teaches you how to move and attack and pretty much nothing more), critical hit percentages rise when having your characters close to one another in a line formation. It’s really hard to illustrate with words, but the further back in a zone the second character stood, the higher the critical chance. Add in a few subsystems where free hits are given to enemies seemingly at random and you have a mess of combat mechanics that is just not fun to deal with. 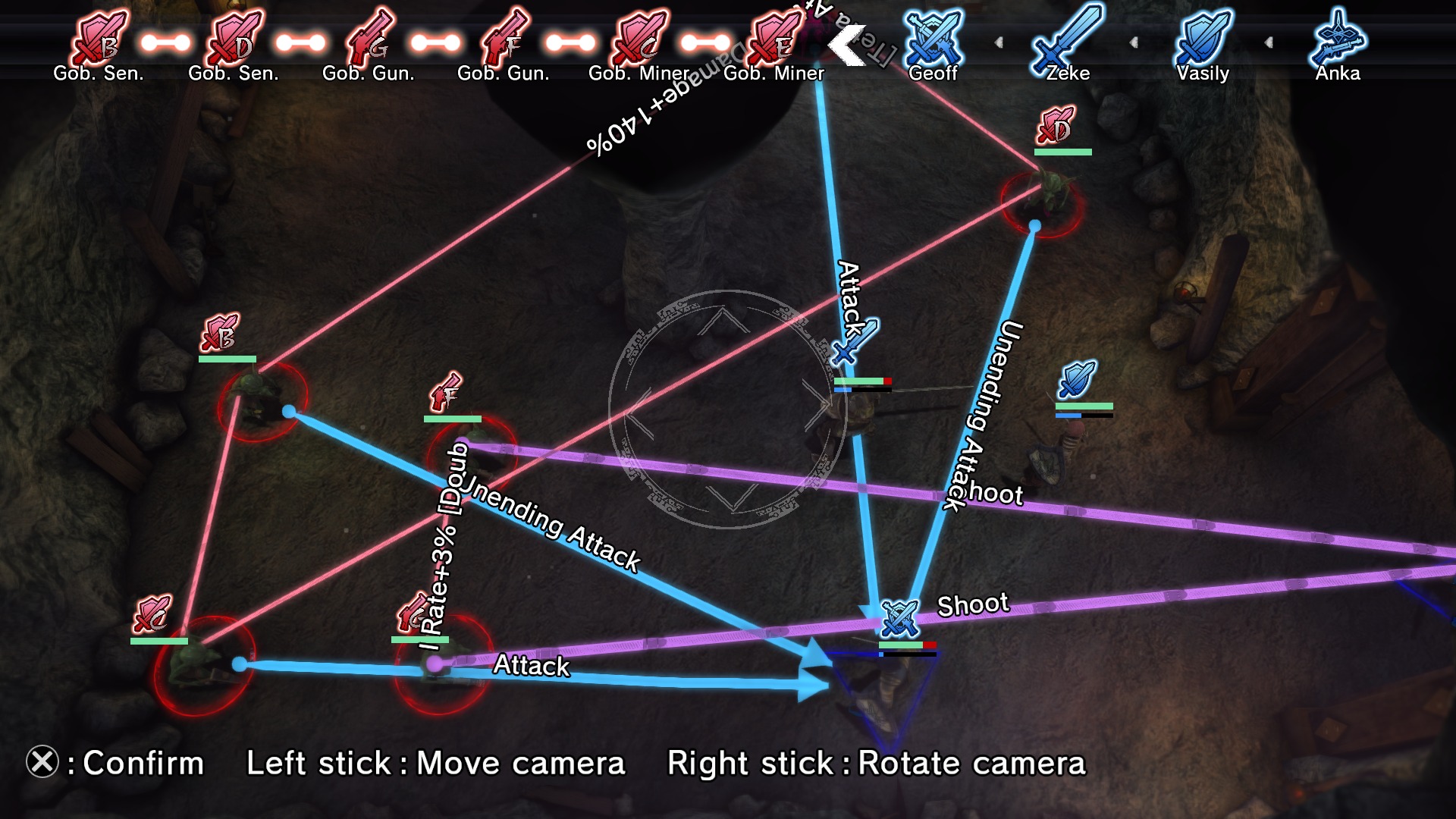 "Add in a few subsystems where free hits are given to enemies seemingly at random and you have a mess of combat mechanics that is really not fun to deal with. "

Now, I’m not the world’s biggest SRPG fan, but there are a few that I really enjoy. I love Valkyria Chronicles, Advance Wars, and XCOM for instance. So I know when I go to one and something just doesn’t feel right. In NaTUrAL dOctRINe’s case it has to be the game’s overall pace, It’s just too slow. Everything from load times, to battle animations, to enemy turns, takes way too long to accomplish.

Even though the game has a skip/fast forward button(It’s the circle button, thank me later), it doesn’t do enough to move things along. And there is a huge oversight that makes using it annoying in Itself. Circle is also the cancel button. What does this mean? Well when you are holding down the button to fast forward to move the game along at a speed snails would scoff at, you need to hit confirm when the enemy turn is over so you can start yours. Except..if you are accidentally still holding circle in this phase, you will have to watch the entire enemy turn all over again and pray you don’t fall asleep doing it. 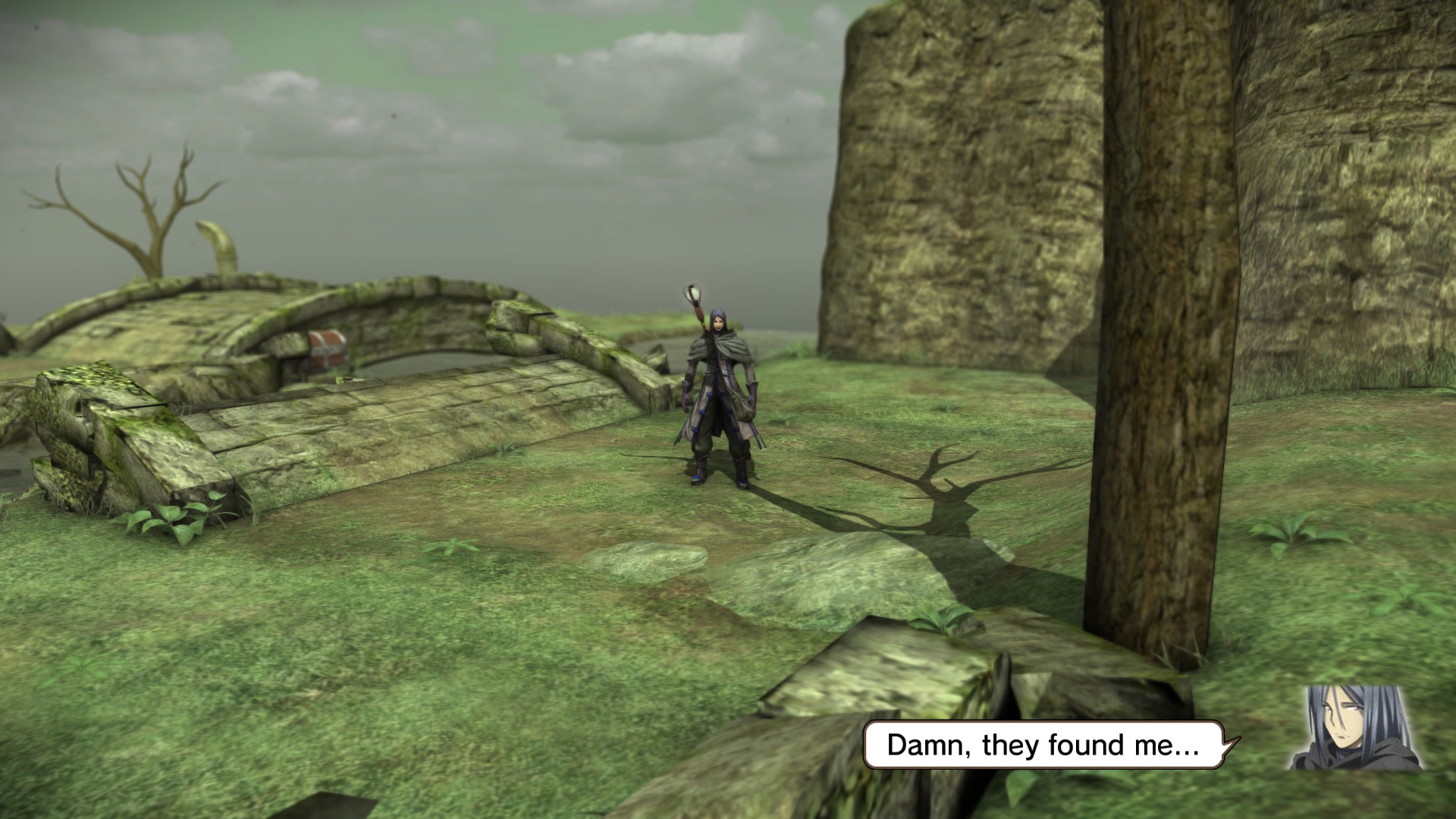 "If you are accidentally still holding circle in this phase, you will have to watch the entire enemy turn all over again and pray you don’t fall asleep doing it. "

Which I guess leads me to the difficulty. I noticed some talk of it being billed as a really hard game. I’m of the mind that if a game is setting out to do this, it has to strike the right balance in order to be fair but challenging. In this game, it just feels unfair when you get railroaded by 1-2 enemies and its never understood exactly why that happened. For example, two goblins were able to hit one of my characters repeatedly until she died and the game never let on why that was. I repeated the same actions after the Game Over screen and it didn’t happen again. I still have no idea why. It just felt like I was robbed, like it wasn’t my fault. And I say this as a guy who appreciates hard games, when they are designed well.

I know that in the current climate of the gaming industry, everyone is clamoring for hardcore games that don’t hold their hand, but I don’t think nATuraL DoCtRIne is what you’re looking for. The game isn’t challenging so much as it is just inconsistent because the enemy rules are seemingly made up as it goes along. It just isn’t enjoyable to play, and that’s a really big failure in a game like this. The game is budget priced on PS4 ($39), but It’s more like it was made with the budget of dollar store Christmas wrapping. You know, that really thin crap you can get for $.50 a roll. It may seem like a good deal but each roll is only 2 feet long, so you need like 18 of them to finish your wrapping. It’s probably better to just spend more for better wrapping.

This game was reviewed on the Playstation 4.

If you spend $80 for a copy on two platforms I guess cross-play could be cool, like if you weren't home and couldn't get to sleep one night or something.

Ugly game with a makeshift face-lift for PS4, Aesthetic disconnect between anime renderings of the world and in-game renderings, Complicated for the sake of being complicated battle mechanics, Useless Tutorial, Slow plodding battle sequences that feel like they are never going to end (even with a fast forward button), Disconnected battlefields that break any sense of immersion and are better left in the PS1 era, Forgettable and derivative soundtrack, Drab voice over that sounds like it was literally phoned in, Too bad it isn't cross-buy (PS4/PS3/Vita) or it would be a good deal, but then again so was the Christmas wrapping and look how that turned out.

Final Verdict:
POOR
I know that in the current climate of the gaming industry, everyone is glamouring for hardcore games that don’t hold their hand, but I don’t think Natural Doctrine is what you’re looking for. The game isn't challenging so much as it is just inconsistent because the enemy rules are seemingly made up as it goes along. It just isn't enjoyable to play, and that's a really big failure in a game like this.
A copy of this game was provided by Developer/Publisher/Distributor/PR Agency for review purposes. Click here to know more about our Reviews Policy.