You can download the demo from Steam over here.

The demo for Naval War: Arctic Circle includes the NATO campaign with six tutorial missions and the two first missions, one skirmish map and one multiplayer map available for other demo players.

Naval War: Arctic Circle was released on April 10. It is published by Paradox Interactive and developed by Turbo Tape Games.

We are currently reviewing the game, so stay tuned with us. 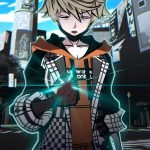 NEO: The World Ends With You Review – Cutting Through The Noise