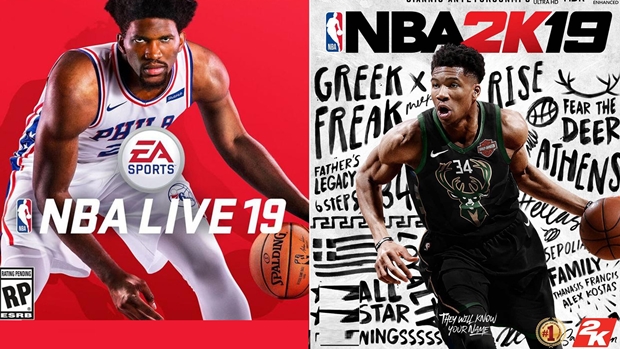 The NBA 2K series is without a shadow of doubt the leading basketball franchise in the market right now. However, EA’s NBA Live series is apparently under going some sort of a renaissance. This year’s iteration of the two franchises was a close fight as NBA 2K19 just managed to edge out NBA Live 19 in certain gameplay mechanics. However, the NBA 2K series seems to be following a downward trend whereas the Live series seems to be getting better with each new entry.

This year was close not only in terms of gameplay but also in terms of visual fidelity and overall smoothness in gameplay. To begin with, NBA Live 19 has overall better animations compared to its counterpart. This advantage is not immediately apparent but is pretty noticeable in close-up replays. Players move, jump and react in a more realistic manner in NBA Live 19 compared to NBA 2K 19. This means that the overall gameplay feels quite smooth in NBA Live 19, although just by a bit.

And finally, we compare NPC across both games and although this may be an insignificant element of the game, it does add to the overall atmosphere and presentation. And once again NBA 2K19 takes the charhe here with slightly better models but this is something you would need to zoom in to observe.

So overall, NBA 2K19 takes the lead here but that may be fading in the future as NBA Live 19 is slowly but surely catching up.