Visual Concepts' highly successful basketball sim is back for yet another go-around. Here's what you need to know before buying.

It’s that time of the year again when another microtransaction-laden sequel arrives in Visual Concepts’ NBA 2K series. NBA 2K22 is out on September 10th for Xbox One, Xbox Series X/S, PS4, PS5, Nintendo Switch and PC, bringing a new range of features and cover stars. Let’s take a look at 10 things you should know before picking it up.

Some big stars adorn the various editions of NBA 2K22. The first is Luka Doncic of the Dallas Mavericks, a two time NBA All-Star who’s present on the Standard Edition’s cover. There’s also the 75th Anniversary Edition illustrated by artist Charly Palmer and features three big icons – Kareem Abdul-Jabbar, Dirk Nowitzki and Kevin Durant – who have influenced the sport over its 75 year history. Finally, six-time All-Star and two-time MVP Candace Parker of the Chicago Sky will be the first female cover athlete, decorating the WNBA 25th Anniversary Special Edition, which can be purchased at GameSpot and EB Games. It’s only available in the US and Canada but represents some much-needed recognition for the league. 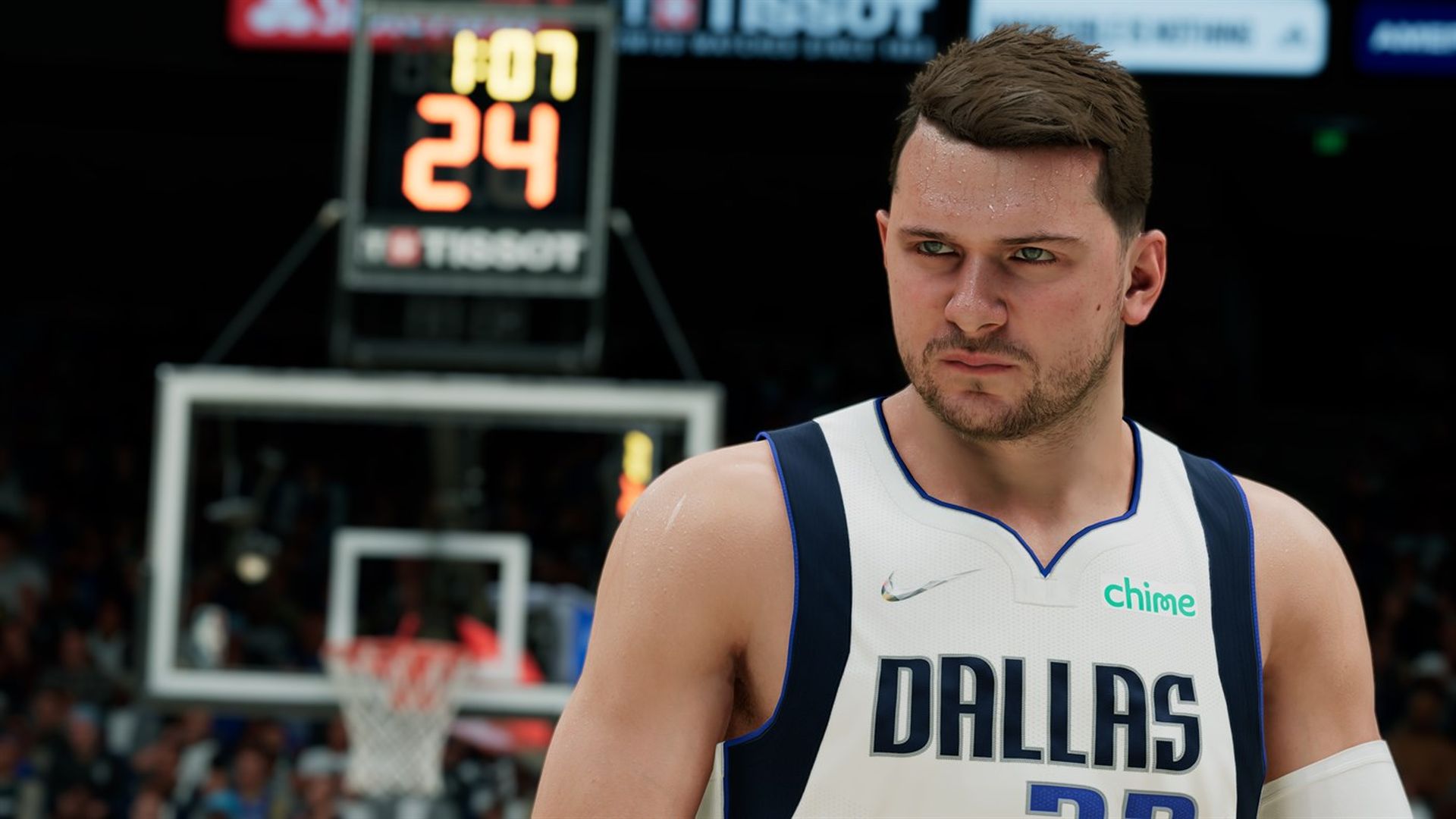 With a new NBA 2K title comes gameplay changes, both big and small. This year’s edition is leaning into precision jump shots, dunking in traffic and the new signature moves and combos being more skill-based. On the defensive side, shot contest and blocking are being revamped, allowing defenders to have an even greater impact on the game. Last year saw some controversial changes to the Shot Meter so it should be interesting to see how the gameplay is shaken up further. 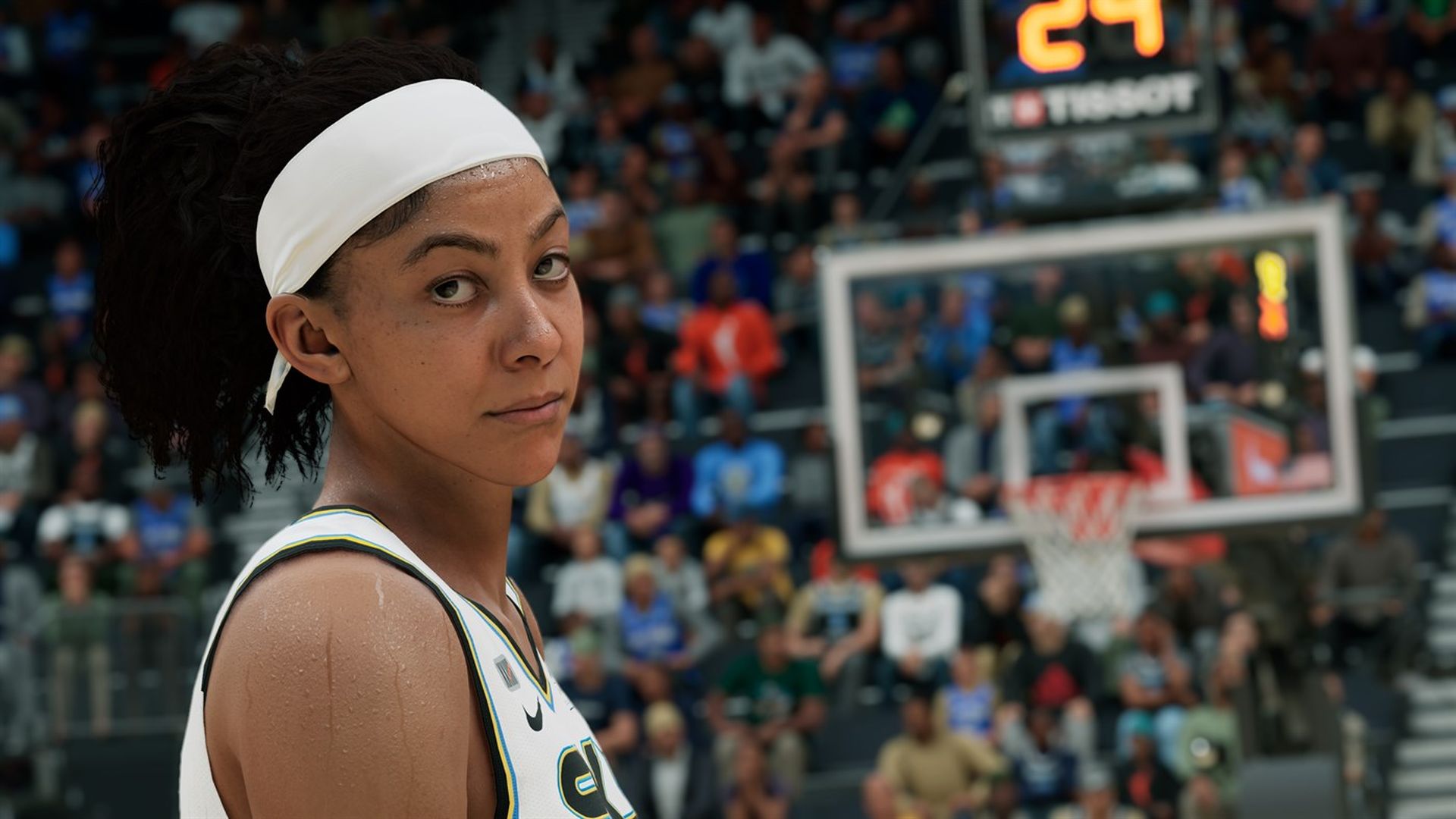 In NBA 2K21, Visual Concepts consolidated MyGM and MyLEAGUE into MyNBA on Xbox Series X/S and PS5. The main difference is that while you could still control an NBA franchise and make decisions like trades, drafting and so on throughout a season, certain features like Conversations, Skills, Tasks, Morale and Chemistry, and Scoring could be toggled on or off. This allowed for a much more customizable experience for, say, those who liked having Skills and Tasks but didn’t want to do a lot of reading. MyNBA will be returning along with the introduction of MyWBNA and while the various changes and features of both have yet to be detailed, team management is still key. Unfortunately, it’s still exclusively for current-gen versions of the game. Sorry, Xbox One, PC and PS4 players.

MyCareer will once again be the place for creating a custom character and working one’s way up the ladder into superstardom. The Neighborhood became The City last year and that will be making a return (more information on that shortly) but one of the more interesting new features is Hidden Talents. Available exclusively for PS5 and Xbox Series X/S, this provides players with other ventures on the side like careers in hip-hop and fashion, each providing their own returns. Of course, one can expect a traditional narrative as well, which PS4, Xbox One, Switch and PC players can experience.

Another new feature exclusive to current-gen players in MyCareer mode is No Place Like Home. Described as “central” to the narrative and progress of one’s career, it will evolve based on your journey. Again, how this will work remains to be seen but it serves as a nice way to showcase one’s hard work and milestones throughout.

As for The City, it’s seeing several new features for Xbox Series X/S and PS5 players. Along with a new layout filled with NPCs and MyPLAYERs, there’s a new quest system that provides rewards and XP for leveling up. Matchmaking has also been added, allowing you to enter select facilities in The City and start playing against others in a variety of game modes with progress going towards the MyPLAYER profile. More details are yet to be revealed but thankfully, previous-gen and PC players won’t be left out to dry this year.

While Xbox Series X/S and PS5 players get The City, those on Xbox One, PS4, PC and Nintendo Switch get the 2K Cruise. It’s essentially the Neighborhood but on a cruise ship with basketball courts that travels through various exotic locations. Players can also make Excursions to the shore and partake in events off of the ship. The benefits of The City may prove superior but at the end of the day, previous-gen players do get a boat out of the deal.

A returning feature for players on all platforms is MyTEAM: Draft, once again allowing you to choose from a pool of players that keeps updating over time and create a line-up to play in online matches. MyTEAM Collection rewards can also be earned in the process. 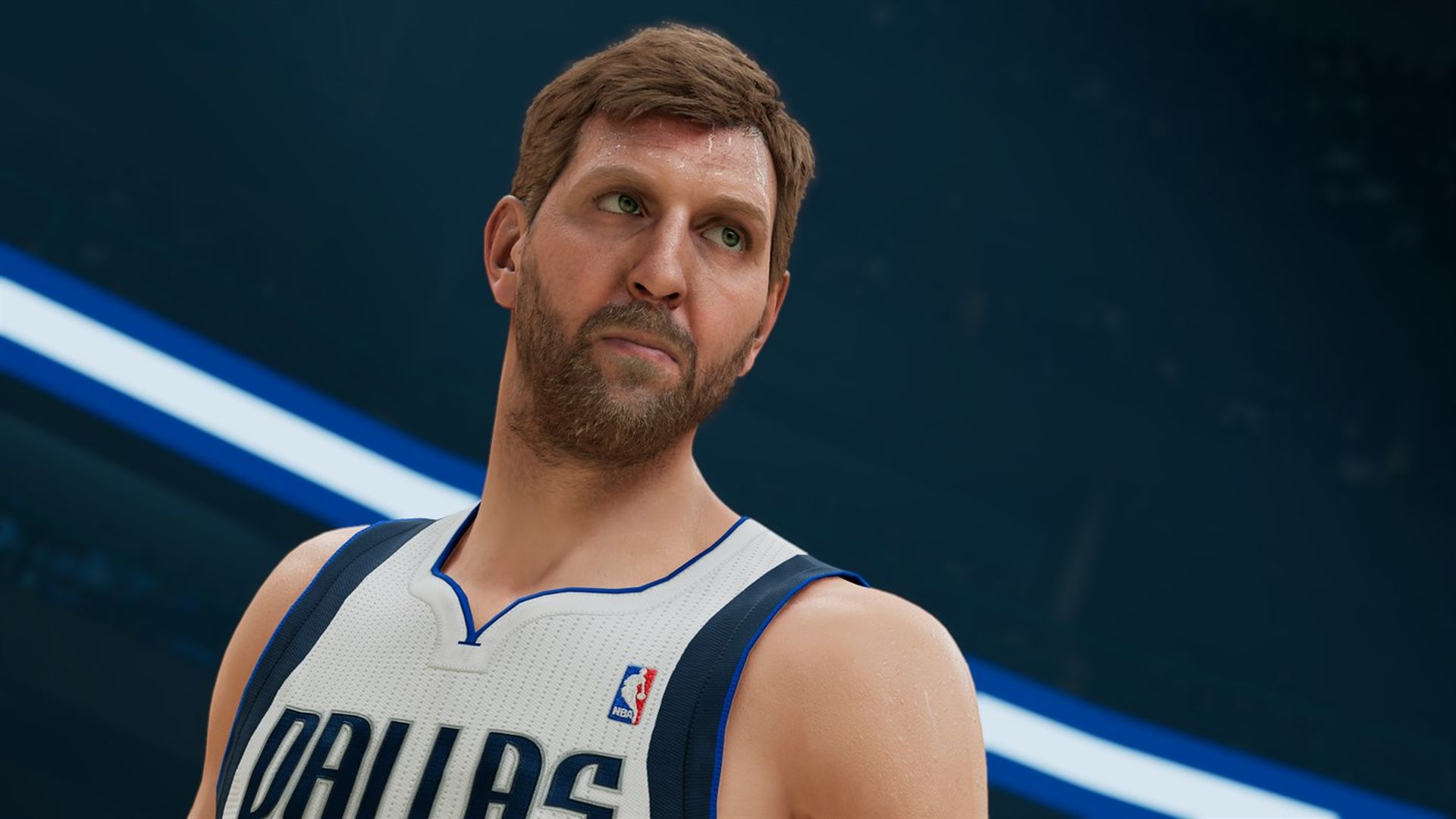 But that’s not all – MyTEAM will also be expanded on throughout the year with Seasons. Each Season will bring new challenges, events and rewards to earn for MyTEAM. Additional modes can also be expected with a new original one set to debut this holiday season. Though 2K Games and Visual Concepts haven’t confirmed the start date for the first season, it will likely be sometime around the game’s launch, if not on the same day. 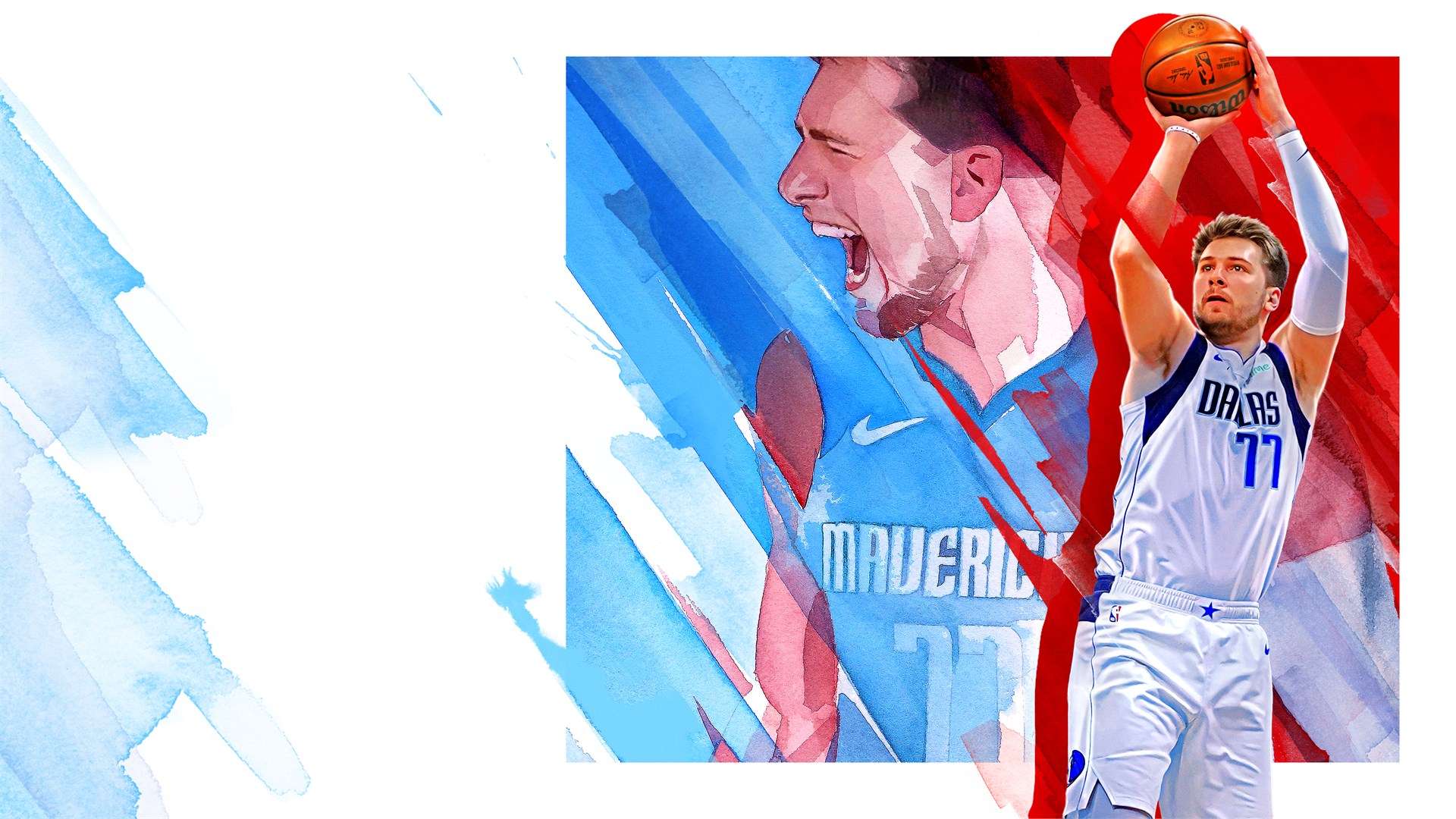 Three different editions means a multitude of cover athletes but those wise to the franchise’s antics will know that it also means different bonuses. First up are the bonuses that everyone receives on pre-ordering. These include 5,000 Virtual Currency or VC; 5,000 MyTEAM Points; 10 MyTEAM Promo Packs which are doled out once per week; boosts for each Gatorade Boost and MyCAREER Skill type; a MyPLAYER jersey for Luka Doncic; a MyTEAM Free Agent Card for Doncic rated at 95; and for those who pre-order through the PlayStation Store, two more MyTEAM Promo Packs. The Standard Edition will cost $60 on PS4, PC, Switch and Xbox One and $70 on PS5 and Xbox Series X/S.

The 75th Anniversary Edition costs $100 for Xbox Series X/S and PS5 (and includes Xbox One and PS4 versions respectively). Its bonuses include 100,000 VC; 10,000 MyTEAM Points; 10 MyTEAM Tokens; Sapphire MyTEAM Cards for Kareem Abdul-Jabbar, Dirk Nowitzki and Kevin Durant; 22 MyTEAM Promo Packs with 10 doled out at launch and 3 each week for the next four weeks; a Diamond Jordan Shoe MyTEAM Card; a Coach Card pack for MyTEAM; ten boosts to all of the MyCAREER Skill Boosts and Gatorade Boost types; and four Cover Athlete t-shirts, a backpack, arm sleeve and custom-designed skateboard for MyPLAYER.

Of course, that’s not the end of the price gouging. Those who want to upgrade from PS4 or Xbox One to PS5 or Xbox Series X/S respectively will need to pay for the cross-gen bundle which costs $80 (or the 75th Anniversary Edition). Fortunately, you can transfer progress between consoles in the same platform line (from previous to current gen and vice versa). This includes MyTEAM, MyTEAM Points, VC Wallet and MyTEAM Tokens.