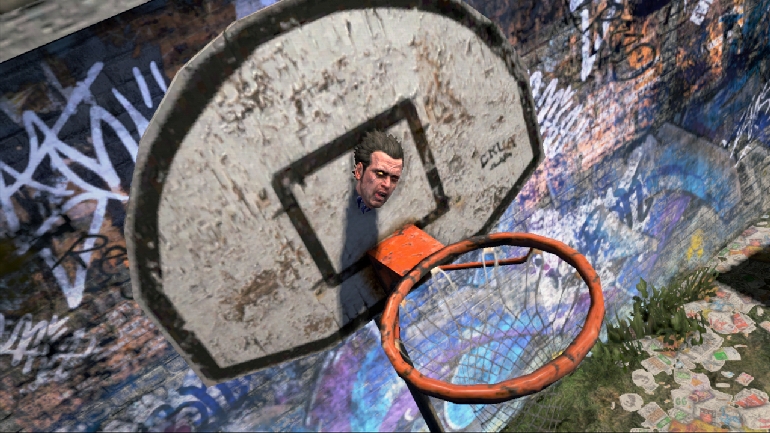 I’m not quite sure what I expected, going in to NeverDead for the first time, especially after having remained virtually undetected on my radar until playday  I initially thought this could be a good thing, conducting a review with no prior-knowledge or hype about a game can only be a good thing, surely? Well, that teaches me to go against my inner-cynic: a game on a fairly wide-release, with the backing of a major publisher but nairy a whisper of a playable demo and no credible proof of any marketing? It’s a disaster waiting to happen.

The game opens with Arcadia Maximille, Bryce’s buddy-picture partner with a name more befitting of a BBC Radio newsreader, being attacked by a tin-foil clad Fat Dog Mendonza, lovingly know as a ‘puppy’, via the medium of some rather pretty CGI, CGI dubbed in such a manner that only reinforces the notion that Konami couldn’t give a solitary toss about this title. 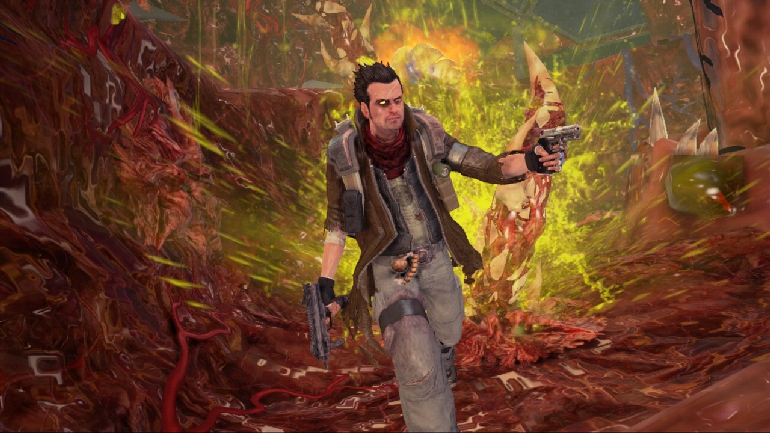 Our protagonist, if you can call it that, is the MAVERICK Bryce Boltzman, voiced by David Lodge of  ‘various characters’ fame, delivering the sort of dialogue you might find from a particularly unimaginative and angry docker.  The premise of the title is that you, Bryce, are immortal and as such can be dismembered, at will, the only consequence being that you need to retrieve your limbs like some sort of senile, leprosy-ridden dog, a game mechanic which often leads to you consisting of merely a head, a leg and an arm. Whilst serving as a rather original concept in itself, it soon proves to be more irritating, than anything else, creating limitless loops in which the very second I get myself together, you’re immediately ripped asunder. Aside from irritating the very legs off of me, I also wished Bryce would die purely from a gameplay perspective. I can see that ‘Dismemberment’ was initially intended as a means to create flow but it simply has the reverse effect.

Combat is equally marred with niggles and complaints, at the core , it’s a third-person, dual-wielding shooter in which guns feel like underpowered paintball guns, with the feel of being gently slapped in the face with a lukewarm flannel. In addition to these pitiful guns of Bryce’s, he also wields his ‘butterfly blade’, the name suggesting a sense of humour not present in the game. The butterfly blade is essentially a giant sword which, in comparison to the guns, is unbelievably overpowered and for virtually the entire game I decided to use it instead. Unlike the rest of the game, the controls for this blade were given a modicum of considering, enemies targeted with L1/LB and BUTTERFLIED with the corresponding motion with the right stick. Not that the game chose to informed me how to use the butterfly and as with many other game-specific elements, I was left to fend for myself and found this out purely through trial-and-error. A fair comparison of ‘fighting system’ is be the WiiMote, in the sense that it seems to understand the vague gist of the motion you’re trying to perform, if not the little nuances. 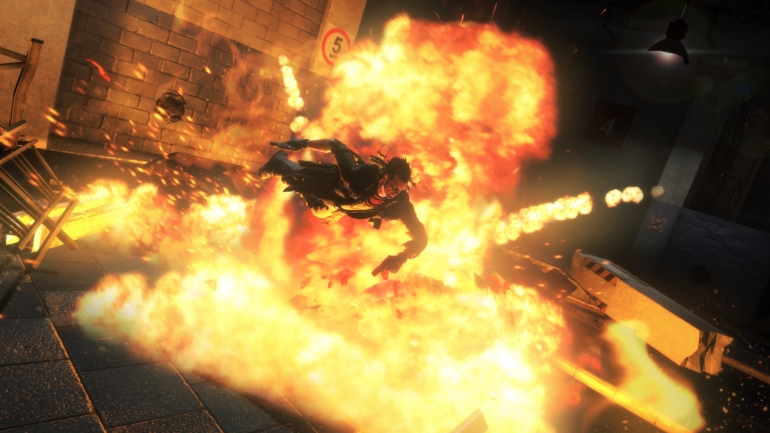 The graphics, whilst initially quite vivid are immediately rendered bland by textures seemingly stolen from the previous generation which, combined with an entirely bland and uninteresting level design, creates for some quite bewildering environments. At several points I had absolutely no idea where I was in relation to anything and had no idea wether I was retracing my steps of blindly wondering onwards, the more cynical might deem this as an artificial means of lengthening gameplay.

In a similar vein, Rebellion appear to have kindly ‘taken influence’ from the Devil May Cry school of keeping you in X location by implementing ‘demon seals’, passage-blockers which only disappear once an arbitrary number of enemies are gutted, filleted and served sous vide. Unlike DMC, however, the limited number of enemies, combined with an equally limited number of fighting moves, this generates even more irritating as I’m left blindly flailing the butterfly blade without any style of fluidity. You simply shouldn’t be allowed to simply back into a corner, close your eyes and wiggle the right stick, enemies become a chore-like and ultimately tiresome. 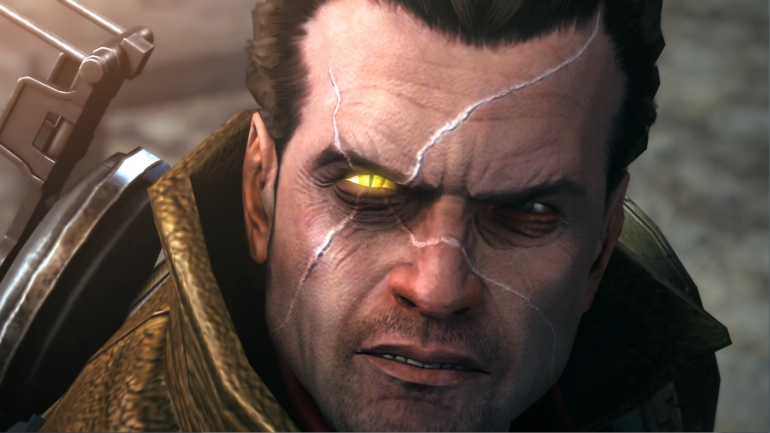 The main flaw in the game; mechanics, bland environments, terrible dialogue, lazy story and all round lack of enjoyment aside, is the sheer fact that a game clearly aimed at the 13 year-old D student, has been created in such a way where it possesses an 18 certificate, almost as if Konami realised what a terrible mistake it was making and rather than do the honourable thing and pull the game, decided to release it so as few people play it as possible. Don’t play this game, let alone part with your begrudging, rather than hard-earned, money.

Dismemberment serves as an interesting and original game mechanic.

Mechanics, bland environments, terrible dialogue, lazy story and all round lack of enjoyment

Final Verdict:
POOR
It was almost as if Konami realised what a terrible mistake it was making and rather than do the honourable thing and pull the game, decided to release it so as few people play it as possible. Don't play this game, let alone part with your begrudging, rather than hard-earned, money.
A copy of this game was provided by Developer/Publisher/Distributor/PR Agency for review purposes. Click here to know more about our Reviews Policy.