Neverwinter brings the Forgotten Realms to the masses in this impressive MMO.

I had no faith in Neverwinter. Having gorged on the awesome Neverwinter Nights in my teens, the thought of a dumbed down action MMO going on the same name seemed a great injustice. Having spent some time with Cryptic Studio’s efforts though, I can safely say my doubts have been eased. Neverwinter carries on the spirit of the older Dungeons and Dragons (D and D) games faultlessly, with a new pace of combat and a great free to play model that is likely to open up the Forgotten Realms to a much wider audience. 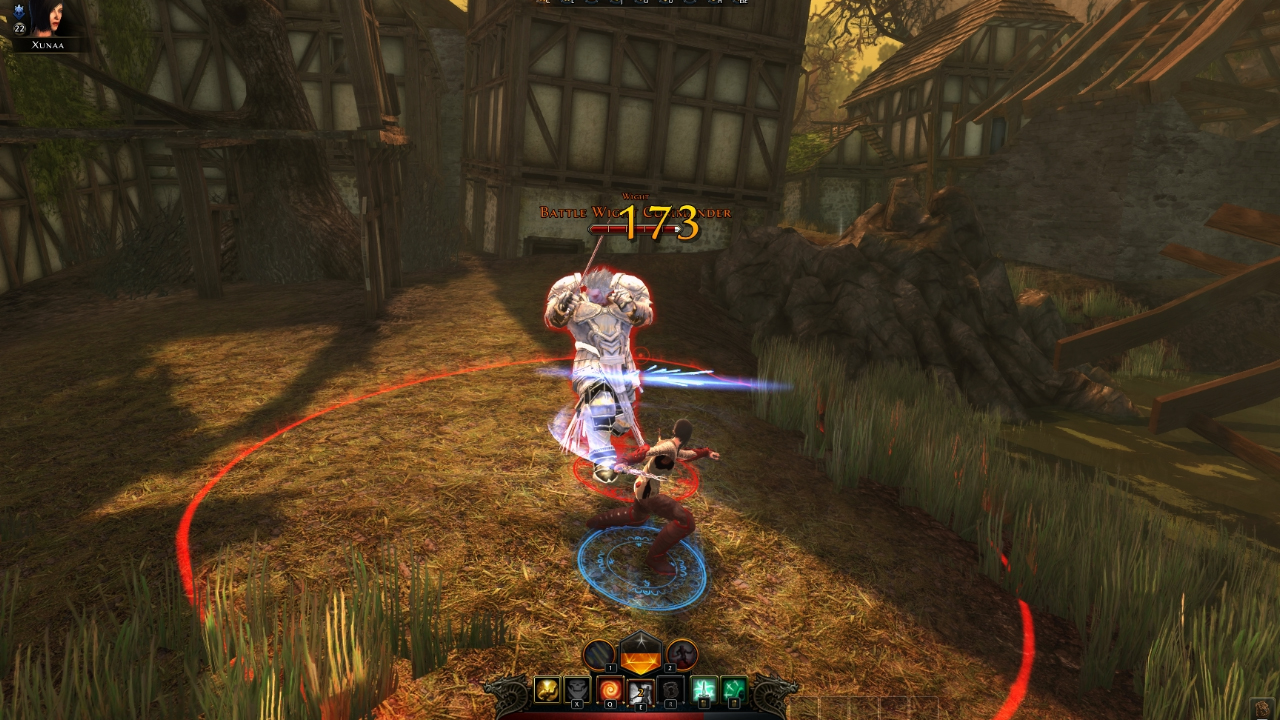 Taking place in the eponymous city of Neverwinter, the game tasks your created character with unravelling a conspiracy to steal the royal crown. Of course, being an MMO, you can team up with tonnes of other players in this continually evolving quest. Add in a mix of side quests and more loot than you can shake a +1 stick of the jackal at, and you have a by-the-books D and D adventure. Though the story is there, a series of clichés render it little more than a structural necessity. Tolstoy it is not, but it is an unassuming spine for altogether more satisfying gameplay mechanics.

"The classes are standard RPG tropes but, far from being a point of criticism, these age-old divisions pave the way for diverse skill sets that offer huge variety."

Whereas paper D and D is still culturally viewed as a geeky pastime, Neverwinter opens the door to the masses with visceral real time combat. Movement is handled with WASD, with the mouse buttons, Q, E and R functioning as active skills you can dish out as you please. So far so MMORPG, but Neverwinter’s quick combat pace keeps things relentless, all the while remaining tactical through a variety of skills.

Classes stick true to the D and D mould, with a variety of spell casters, thieves and warriors at your command. Though the names may try and hide it, the classes are standard RPG tropes but, far from being a point of criticism, these age-old divisions pave the way for diverse skill sets that offer huge variety. 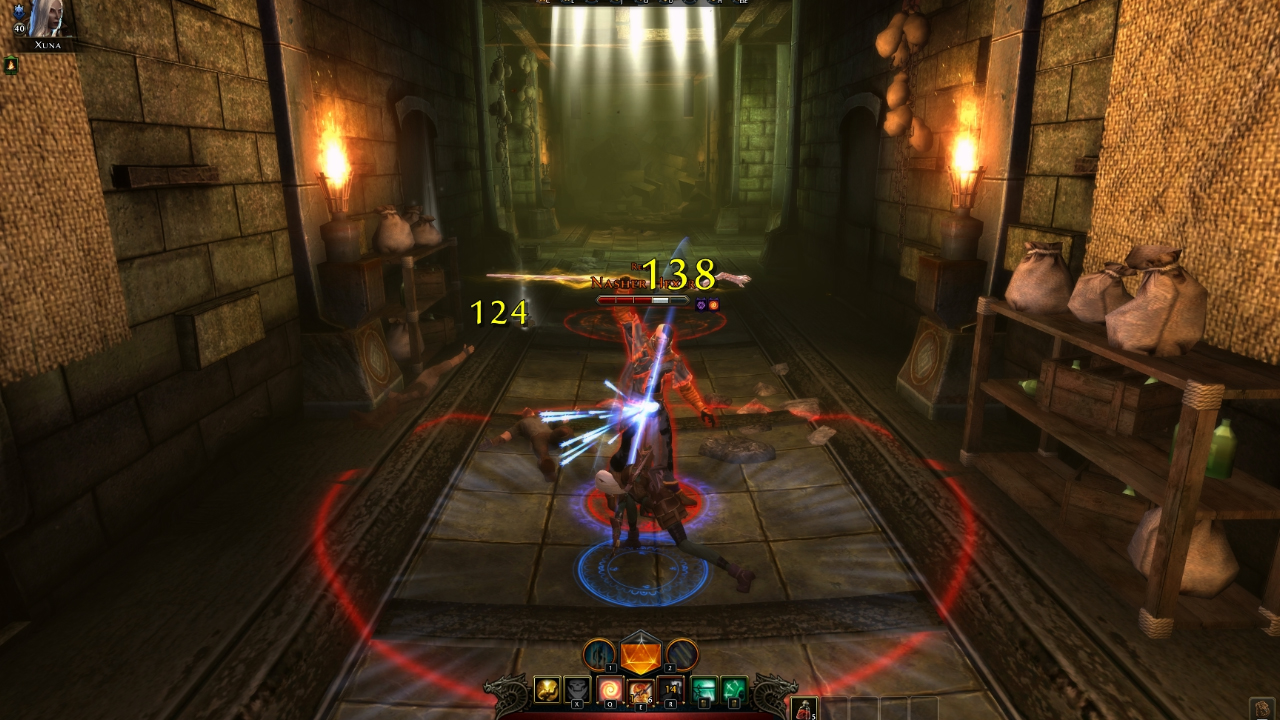 You’re allowed to create two different characters for free, and you can play through the entirety of Neverwinter with both characters free of charge. Optional boosts and various account unlocks are the main inventory of the in-game store and you can pay with in-game currency or real world money.

"What your grand total of £0 gets you is nothing short of incredible. Even ignoring the replay value granted through solid PVP and PVE events, the main quest line is rich and filled with side missions. "

It’s a consumer-friendly free to play model, albeit one that does become hugely expensive as a result. Should you need an extra character or want to purchase store items, they are often pricey and would require a serious grind to purchase without real world cash. Still, it isn’t too hard to get away with playing entirely for free.

What your grand total of £0 gets you is nothing short of incredible. Even ignoring the replay value granted through solid PVP and PVE events, the main quest line is rich and filled with side missions. The quests never really extend beyond simple fetch and “kill all enemies” varieties, but they are plentiful, straight to the point and, most importantly, extremely satisfying.

Even if you do tire of RPG quest clichés, the Foundry is on call. Just as Neverwinter Nights had a large focus on players taking control of the game through the dungeon master option, so Neverwinter allows player to create and upload their own quests and campaigns to the Foundry. Even so soon after release the variety is impressive. The quality too, though variable, is of a high standard throughout. Having spent so long in the foundry, it’s a wonder so few MMOs are doing something similar. 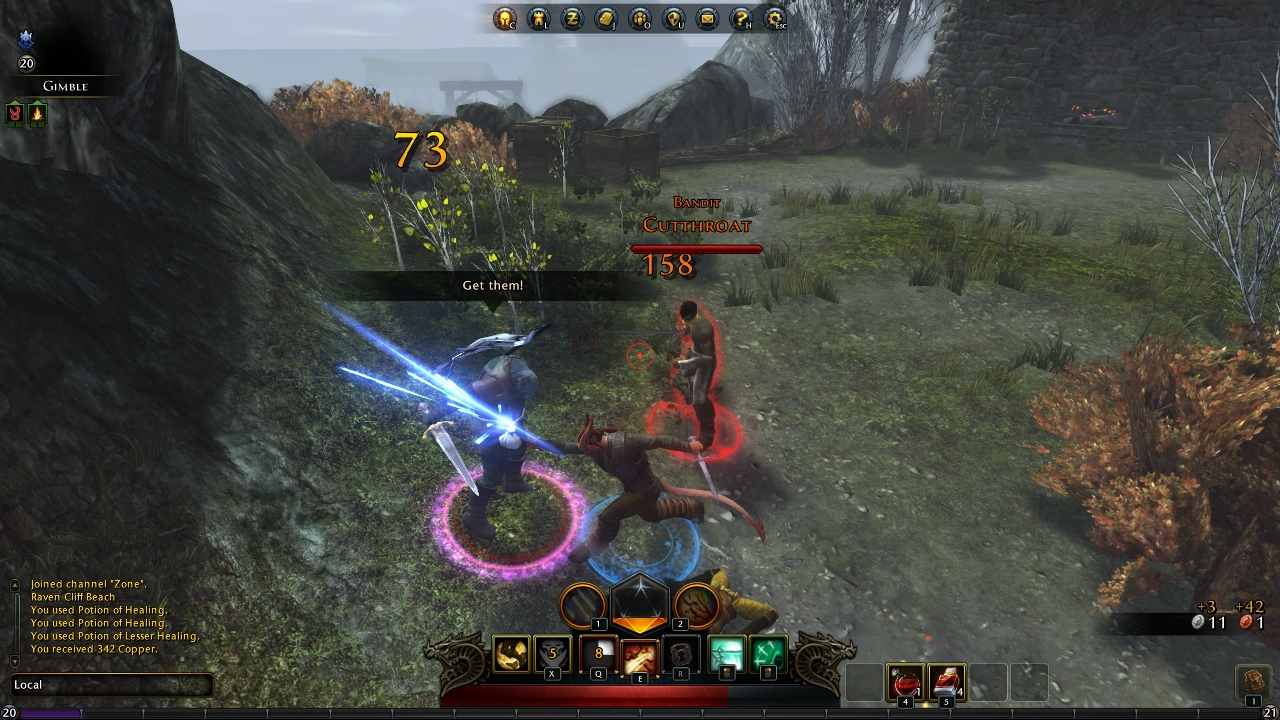 What makes Neverwinter so special though is its stability. Most MMOs are like a fine wine: Disappointing when new, but delicate and refined if left for a few years. Neverwinter by comparison launches as a totally stable experience, being both fun and reliable simultaneously.

Never has a new MMO played so well. Should it receive the same post launch attention that MMORPGs usually do, you can count on it growing into a titan within the genre.

"Neverwinter is a double assault on the preconceptions you may have of the MMORPG genre, doing both free to play and MMORPGs much better than many of its competitors."

That’s not to say Neverwinter is perfect, of course. Despite the visuals being excellent by and large, the production values are somewhat let down by amateurish voice acting peppered throughout the main quest line. Likewise, a discernible lag is noticeable in crowded towns.

Whether this is network or graphical lag is hard to tell, but it is almost never present outside of densely populated areas.

Countering this argument is how lively these towns often feel. Despite high server counts in other MMOs, only Neverwinter was able to really convince that its metropolises were truly living and breathing environments. 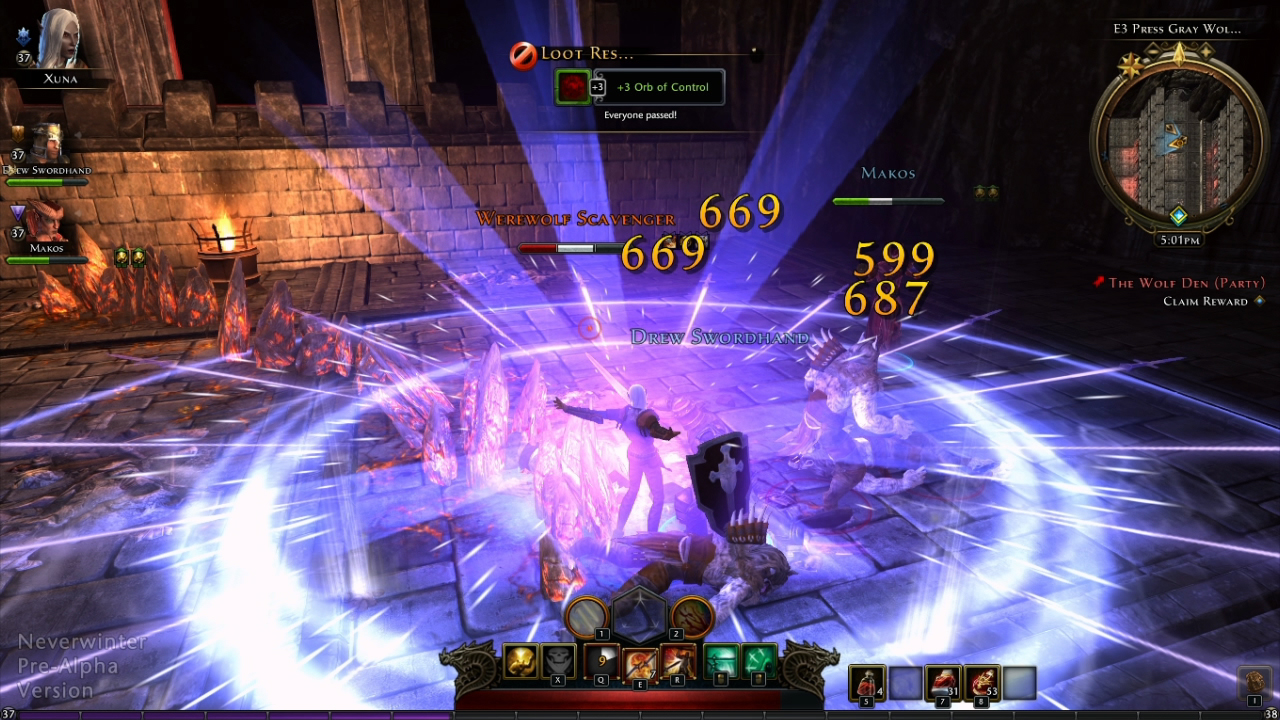 Neverwinter’s greatest weakness is its dogmatic approach to fantasy stereotypes, a theme that is unfortunately better broadcasted to the untrained eye than anything else. Give Neverwinter a chance. Just as my scepticism was totally turned around, so I’m sure yours will be as well. Neverwinter is a double assault on the preconceptions you may have of the MMORPG genre, doing both free to play and MMORPGs much better than many of its competitors. For the price of nothing, it’s certainly worth trying. Go download it already.

A confident and hugely stable MMO launch, Neverwinter takes the world of Dungeons and Dragons to the masses with fast-paced gameplay and user generated content.

A copy of this game was provided by developer/publisher for review purposes. Click here to know more about our Reviews Policy.
Tagged With: Cryptic Studios, Dungeons and Dragons, free to play, Neverwinter, pc