Finally! The ability to yell “I have control” and actually make sense!

The newest trailer for the upcoming MMORPG from Cryptic Studios and Perfect World Entertainment, namely Neverwinter, is meant to feed curiosity for a particular class that had gamers in the beta test raving: Namely, the Control Wizard, a ranged mage who can hurl magic missiles and just as easily perform crowd control.

Of course, there are plenty of screenshots for the same which highlight the other powers of the class which include, but aren’t limited to, freezing rays. Now is the time for all those ice puns, gentlemen. Now is the time. 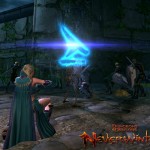 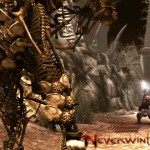 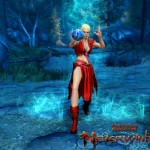 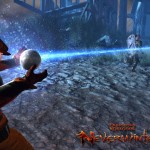 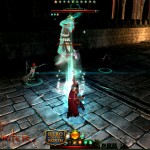 Unlike Bioware’s games, Neverwinter is a fresh new take on the Dungeons & Dragons style of play, focusing on the Forgotten Realms world of the same name. It will work off of the fourth edition of Dungeons & Dragons rules. The game will also be a free to play RPG, with specific items that can be purchased for a fee.
Tagged With: Cryptic Studios, free to play, mmorpg, Neverwinter, pc, perfect world entertainment