Ignition Entertainment has just released a whole new video showcasing  the Hyper Reality Visor, which detects nearby cell phone towers and satellites to identify enemy positions, which you can view even when taking cover behind a wall.

The HRV also shows you where your next objectives are, or even show you where you can find nearby ammo or health stations.

As much as awesome as it sounds, everything has its limits, because once the HRV is activated, you can’t shoot your weapons. 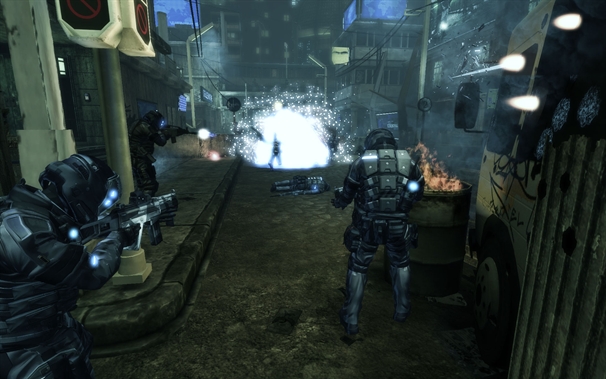 Blacklight: Tango Down is expected to be released this summer for the PC, PS3, and 360.