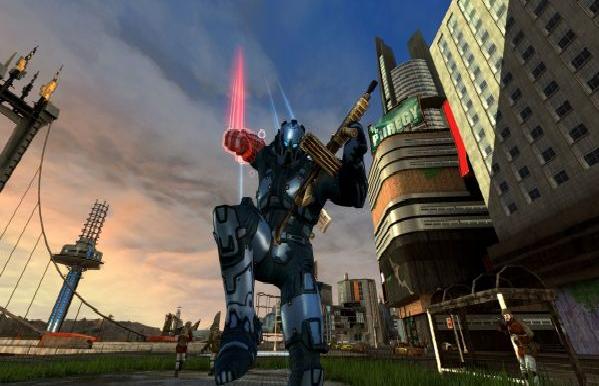 Players have been complaining that after the installation/download of the all new Downloadable Add-On, Crackdown 2, upon being booted, freezes on the title screen. Others says unlocking certain Achievements can set the Achievement voice-overs in an infinite loop. These problems are reported in both, the paid and the unpaid versions of the add-on.

Ruffian Games co-founder, Gaz Liddon posts on the aforementioned (and linked) forums: “We have confirmation of what the issue is now. The paid part of the DLC was incorrectly configured when mastered. Users experience one of two things:

He later goes on to apologise for his development team’s mistakes, and says: “We’re completely gutted here. The whole aim of this DLC was to provide a decent sized package at a low price with a lot of great free stuff so we can make the people who played CD2 happy. The exact opposite has happened and frustratingly it’s down to issues we can’t fix ourselves.”

However, he has reassured Microsoft will come up with a patch for these glitches soon: “That said there’s a lot of attention on this at MS and there -should- be a decent fix soon.”

He has also adviced players to NOT zap their caches, rather:

On this solution, he says: “We’ve just tried this here and it works. After you’ve done that there is still an issue caused by the packaging that means you won’t be able to access the new achievements that come with the ToyBox DLC which should be resolved by a patch. We are waiting for information on that from MS.”

We, too, will keep you posted on this matter as more news comes our way. Till then, you can do what Mr. Liddon has adviced you to. If that doesn’t work, you can eat your Crackdown 2 disc, choke on the shards and die.