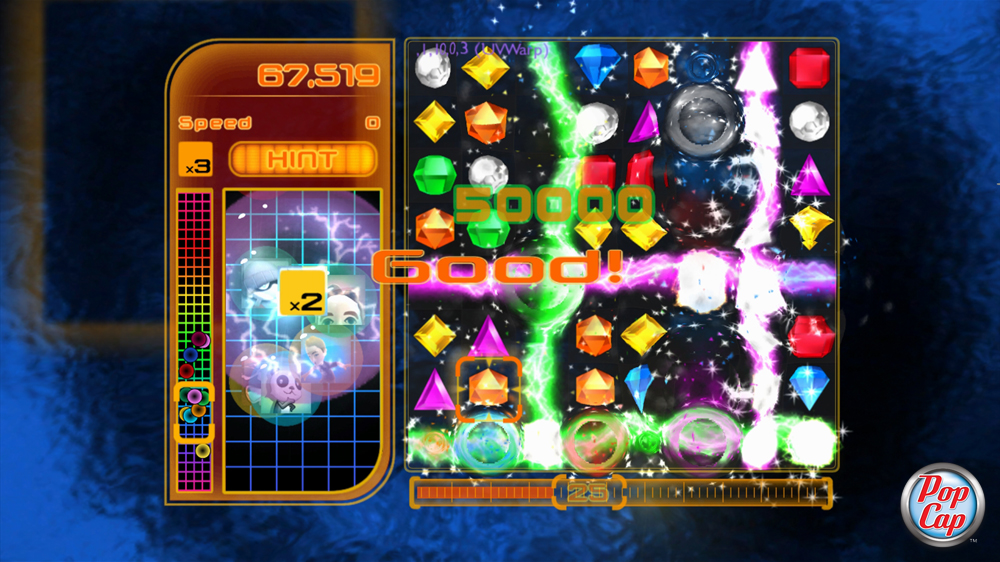 The game will be based on the Facebook version of the game, but will feature all new modes, including the classic gameplay mode, a 16-player Party mode, a 2 player Battle mode over Xbox Live and a mode with a new twist.

Despite the game being very similar to the Facebook version, it will have a high-definition visual overhaul.

The Xbox Live version will also feature Friendscore, which allows players to combine scores with their friends.

Bejeweled Blitz Live is set for a Q1 2011 release.