Dynasty Warriors: Gundam Reborn, the collaboaration between Tecmo Koei and Bandai Namco, which sees the former’s Dynasty Warriors IP mingle with the latter’s Gundam license, got a new trailer and it looks as crazy as you would think, showing us giant ass mecha robots in space engaging in some agile and frenetic fast paced combat, both ranged and close range melee.

The game is allegedly the culmination of all things Dynasty Warriors Gundam, being the fourth game in the series; it sees the return of space battles, for instance, and it has over 120 units to battle with. It also adds in a slew of other features. Released in Japan last year to a positive reception from fans, fans of this style of game and/or the licensed property should also find themselves enjoying the title.

Dynasty Warriors: Gundam Reborn is due out on PS3 and PS Vita over the PSN Store later this month in Europe, and July 1 in North America. 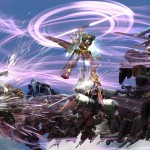 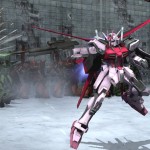 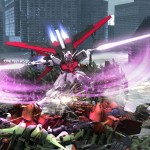