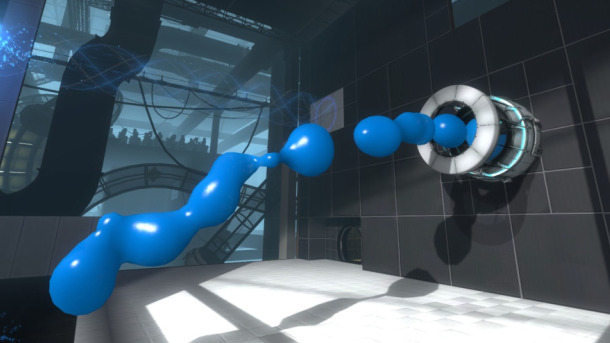 Designed for Danger, a new fan made DLC for Portal 2 adds about 1-2 hours of gameplay to the campaign, split across 8 new levels, and takes place in the initial hours of Portal 2. It looks really interesting- the trailer below might give you an idea of what it’s like.

“In the campaign, you assume the role of Chell during an early part of Portal 2,” explains the unofficial DLC’s official website. “This time however, things turn out differently. The actions of a rogue force will set you on a new path through Aperture Laboratories.”

Portal 2? Good. More Portal 2? Even better. The video above shows plenty of interesting gameplay, and it’s clear that the DLC is one made for fans of the game.

You can download this fan-made campaign for Portal 2 through the link above. If you’re too lazy to scroll back up, click here.

Have you played it yet? Give us your impressions in the comments section below.