Posted By Rohan Philip | On 13th, Nov. 2014 Under News | Follow This Author @GamingBoltTweet 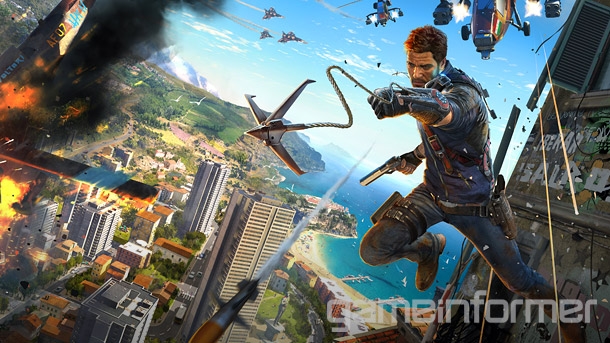 For those of you who need more Just Cause 3 news are in luck, because the developers have just released new images, showing mayhem, chaos and of course lots and lots of explosions.Those of you who have played Just Cause 2, would feel a sense of familiarity dawn on you, because Rico riding a plane while shooting a bazooka seems just about chaotic as it can get.

And of course we cannot ignore the firefight that is going on while Rico is riding the bus, however this is all just another day in the life of Rico. Also if you notice that the in game graphics look really good, and if this is just in the early stages of development, then we cannot wait to see what the final product will look like.

Most of you want to see actual gameplay, and I’m sure in the coming months that the developers would showcase just that. Just Cause is slated to release sometime around 2015 for the Xbox One, Playstation 4 and PC. 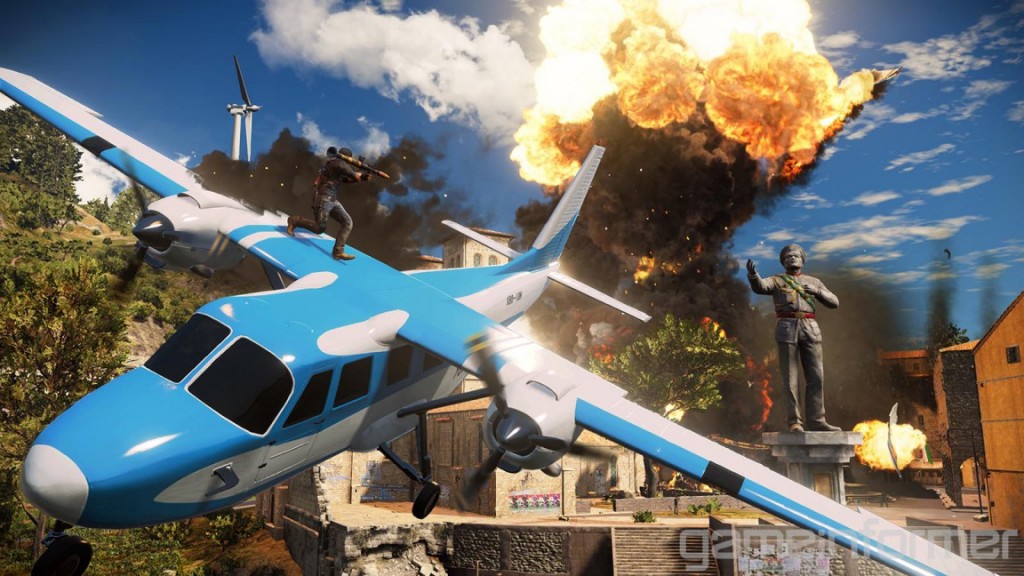 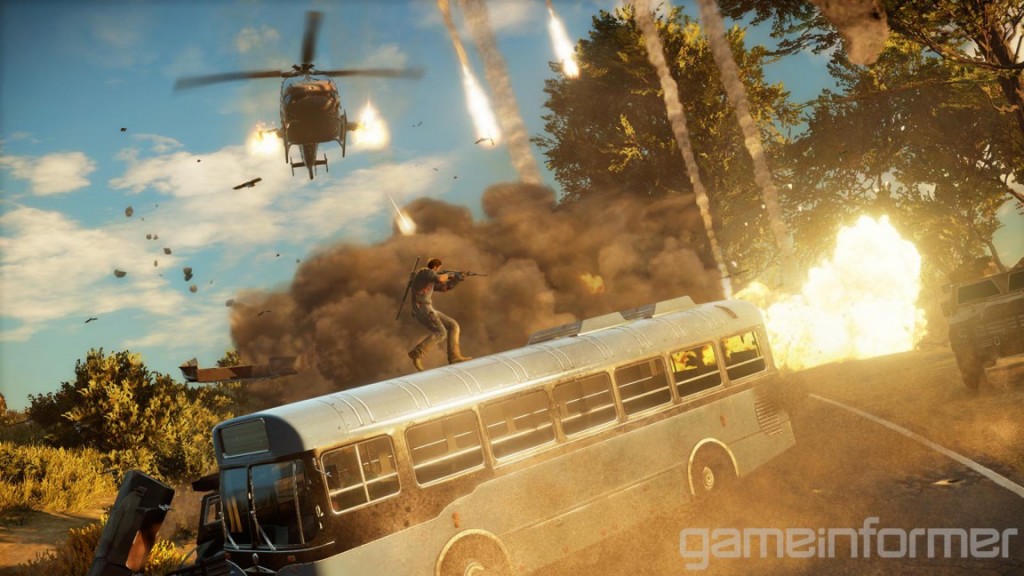 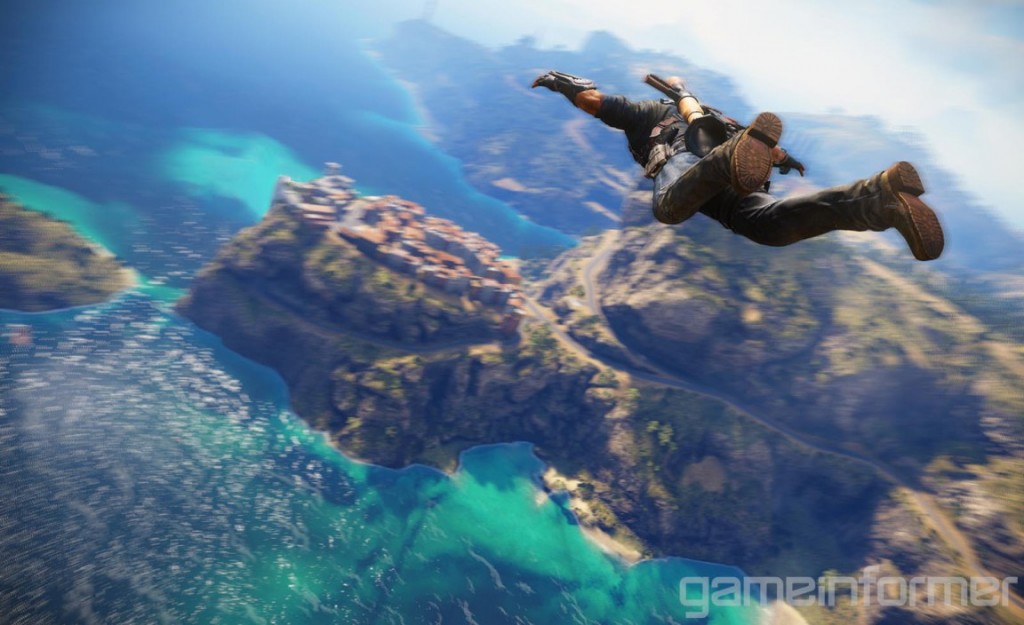 Tagged With: Avalance Studios, just cause 3, pc, playstation 4, Xbox One