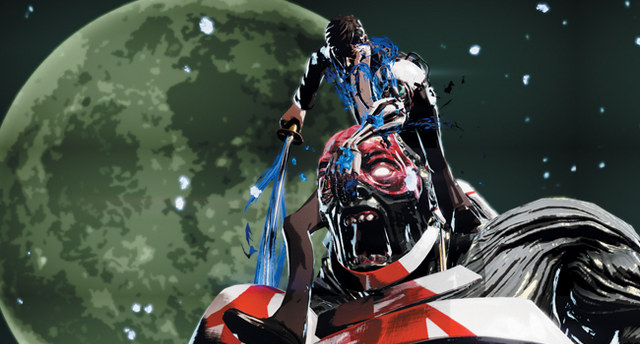 A new trailer for Killer is Dead has just hit the ground and it showcases a wealth of new gampelay footage. Have a look after the jump.

Killer is Dead is the latest project of the Zanny Grasshopper Manufacture, the same team that brought us over the top Lollipop Chainsaw and Shadows of the Damned. As you can see from the trailer, the game sports a visual style reminiscent of Killer 7, one of the developers earlier and most well known title. However, Killer is Dead bears no relation to Killer 7. Renowned developer Suda 51 also returns to the helm as executive director as he lends his trademark sense of style which is evident in the footage.

Gamers are placed in the boots of assassin Mondo Zappa as he scours the near distant future, hunting down nefarious criminals. Mondo also bares a cybernetic left arm which can which can transform into various lethal armament that spell death to his foes.

Killer is Dead will be available sometime in Summer 2013 for the PS3 and Xbox 360.