Guerilla games just released ‘Steel and Titanium’ map DLC, and now they will be releasing the ‘Flash and Thunder’ level pack.

The ‘Flash and Thunder’ level pack will be 2 retro maps, from Killzone 1,  retailing at $5.99, the two maps will be Beach Head and Southern Hills, which are by the way on Vekta (ISA homeplanet).

“In the Beach Head map, the ISA must defend their stronghold after the Helghast land on the sandy Vektan beaches. As torrential rain and gale-force winds batter the landscape, the relatively small size of the level creates a frantic hand-to-hand battleground, with the water filled craters supplying only limited cover. Picking your way across the harsh terrain, you will find many opportunities to sneak up on the enemy and take them down at close range. And if you?re able to get to them in one piece, there are also lots of higher ground sniper spots to explore?”

“In the Southern Hills map, the battle takes place around a central Helghast base on top of a hill. The compound is surrounded by smaller structures, creating a level that facilitates close-quarter fights within the built-up areas, as well as long-range shoot-outs in-between them. Ideal for 24 to 32 player games, the base camps in this version have been beefed up considerably, so expect to find more hiding places than in the original Killzone counterpart.” 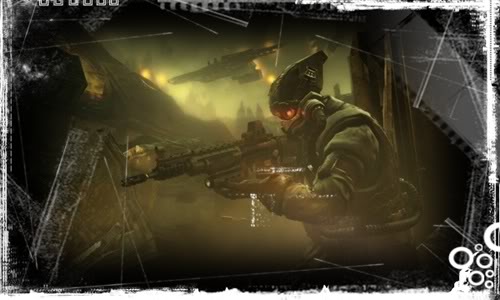 This is nice, since i was an original Killzone player and i still own the game, i remember Beach Head is my favorite level, though i cant remember Southen Hills, but anyways…what do you guys think? i am interested!