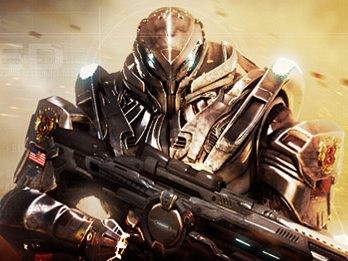 TimeGate Studios continues to expand Section 8: Prejudice, breaking numerous laws of physics to jam more content into what is already a ridiculously value-packed offering. One of the year’s most acclaimed shooters gets even bigger in July with the announcement of the new Frontier Colonies Map Pack for the PC and Xbox Live for only 320 Microsoft Points ($3.99).  TimeGate plans to unleash the new multiplayer Skirmish mode for Xbox LIVE Arcade, PC, and the PlayStation Network later this month for the low price of $0.

The upcoming Frontier Colonies Map Pack includes two new maps for you to fight over, both on and offline. Desolation is a parched desert world haunted by the remains of a failed colonization attempt. Overseer is home to military facilities overlooking a habitable forest valley. Both maps are playable for all multiplayer game modes, including Conquest, Swarm, Assault, and the soon to be released Skirmish mode.

Touted by TimeGate’s game testers as “oh man, so awesome,” the newSkirmish mode pits the 8th Armored Infantry against the Arm of Orion in a team death match with a twist. Victory Points are awarded for kills and completed missions. Control Points cannot be captured or hacked in this game mode, though, so you’ll need to adjust your gameplay tactics.

The Frontier Colonies Map Pack will be available on Xbox LIVE Arcade for 320 Microsoft Points on July 13 and on PC for $3.99 starting July 27. TimeGate plans to announce more about the free multiplayer Skirmish game mode and PlayStation Network release, which is slated to release Summer 2011, so stay tuned.