No information on Nintendo’s mobile games either. 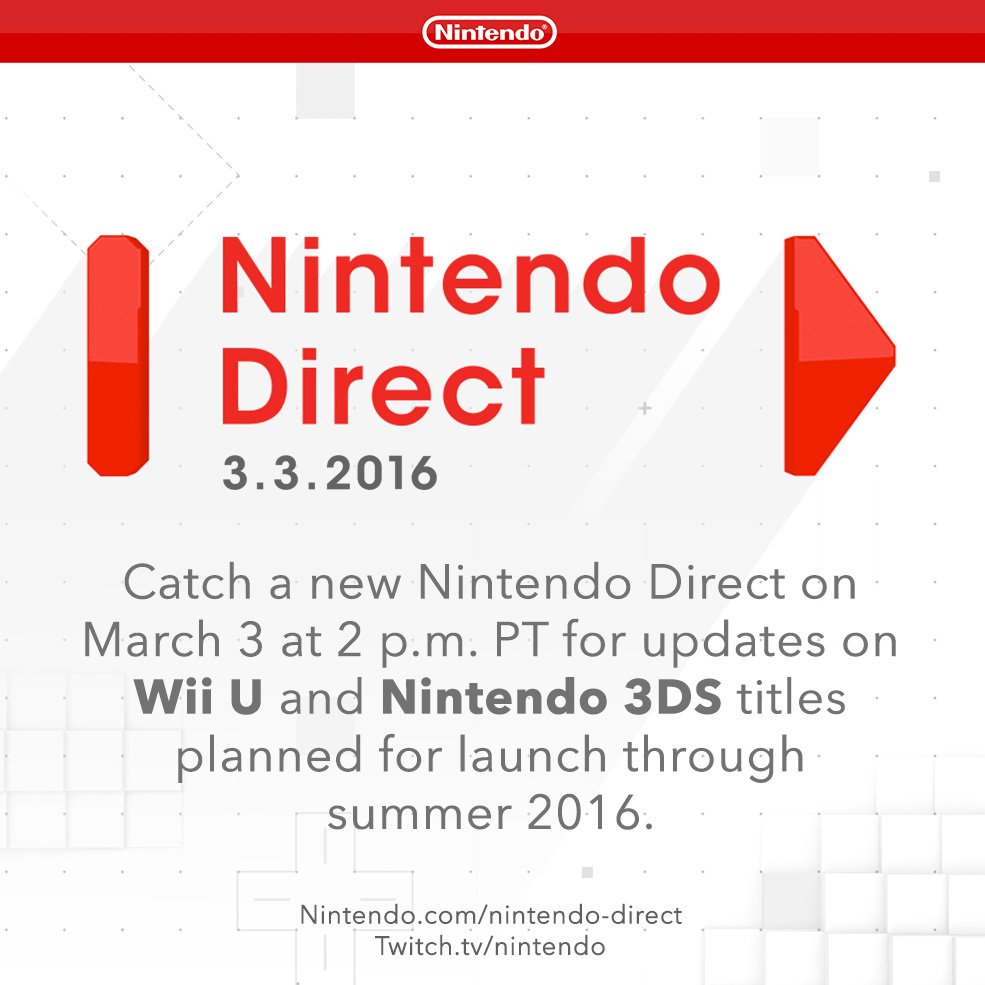 Nintendo have announced that they will be broadcasting a brand new installment in their Nintendo Direct webcast; this new episode, which airs at 10pm GMT/5pm ET/4pm CT/2pm PT, will focus on multiple upcoming Nintendo games from now through to the end of Summer. Nintendo have explicitly confirmed that they do not plan to talk about either the Nintendo NX or their mobile initiatives in this Direct.

Given that this Nintendo Direct will not focus on the NX, then, it is reasonable to expect that Nintendo is trying to clear its plate of the promotion cycles for as many upcoming Nintendo 3DS and Wii U games as they can, as they head into E3- therefore, expecting information on previously announced, upcoming games such as The Legend of Zelda: Twilight Princess HD, Star Fox Zero, and Pokken Tournament for the Wii U, and Dragon Quest 7, Yo-kai Watch 2, and Fire Emblem Fates (in European territories) for the Nintendo 3DS, is probably the safest bet here.

Whatever it turns out to be, you can make sure we’ll have the latest information for you. Meanwhile, you can tune into the Nintendo Direct presentation by bookmarking this page- the embedded video below will have a live broadcast of the feed when it is broadcast.