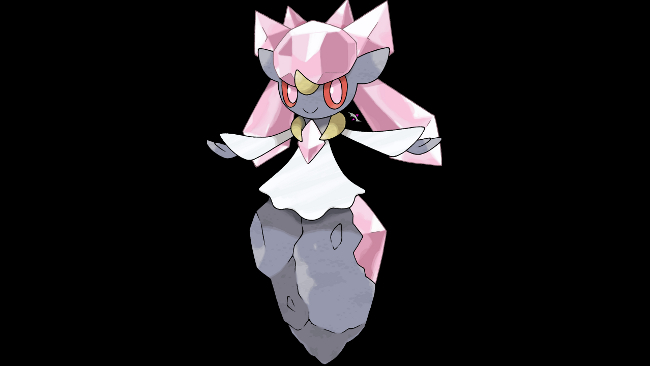 Pokemon X and Pokemon Y launched with only 69 new Pokemon (not counting any of the Mega-Evolutions that they added)- the lowest number of new Pokemon added by a new generation till date. When this number was revealed, many pointed out that newer, secret Pokemon are always added to games as form of post release DLC, so one shouldn’t be so quick to jump to conclusions.

Well, they appear to have been vindicated now, as a new Pokemon has just been revealed: Diancie is a mythical Rock and Fairy type Pokemon, known as the Pokemon of beauty. During battles, it has the ability to produce a great volume of diamonds instantaneously by compressing air between its hands. It uses these diamonds to attack enemies and protect itself.

As with all ‘event’ Pokemon, it cannot be caught in game with normal methods- it will probably be made available as free DLC to all players over Wifi and store promotions at a later date. Stay tuned for more information.