It spins round and round. 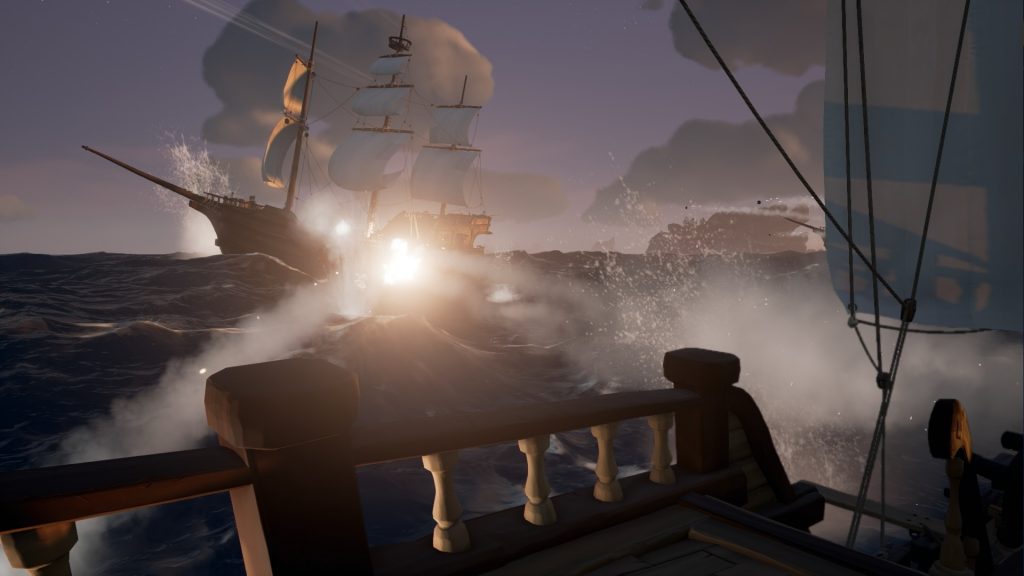 Rare outed a new video of its shared-world, non-Assassin’s Creed pirate-sim, Sea of Thieves today. This isn’t exactly a gameplay video if that’s what you were expecting. It’s actually…well, a jack-in-the-box pirate-skeleton thing with a…is that a mandolin? Yeah, that’s a mandolin. And it’s spinning around in the jack-in-the-box and Anna Hon offers a rendition of  that most piratey of sea-shanties, We Shall Sail Together. So crusty.

The whole jack-in-the-box thing is strangely compelling. We were staring at it for a frighteningly long time, and you probably will too. Check it out below. Sea of Thieves is interesting mostly because a.) it’s a new IP from Rare. Rare! And b.) it’s one of the few worthy pirate games out there because Risen 3 totally doesn’t count.

While we’re not quite sure what to make of the playfully light tone, the shared-world aspect means a delightful return to the substance, if not form, of Black Flag’s multiplayer experience, as well as the multiplayer naval combat we sorely missed in that game. What’s your take on Sea of Thieves? Let us know!