New Super Mario Bros. U: Some new Wii U screenshots

About New Super Mario Bros. U:

Game Overview:
Mario is known for, the game includes a number of special modes and features that will make players want to jump in again and again.
Challenge Mode: Challenge Mode tasks players with completing specific objectives, such as clearing a course without obtaining a single coin or touching the ground. There are four single-player Challenge categories: Time Attack, Coin Collection, 1-Up Rally and Special (miscellaneous challenges). Boost Mode Challenges require two players. Once players complete a Challenge, the game saves a replay of the action so players can show off their accomplishments.
Coin Battle: Up to four players run through a course and compete to see who can collect the most coins. Another player can also use the Wii U GamePad in Boost Mode to place Boost Blocks to help grab hard-to-reach coins. Players can also use the GamePad to edit and customise the coin layout in dedicated courses. The coin layout can then be saved and played by the players using Wii Remote controllers.
World Map: New Super Mario Bros. U is the first side-scrolling Mario game since 1992’s Super Mario World that features a seamless world map with named worlds and courses. The map contains many secret exits, which might change the map and cause shortcuts to appear. The worlds are interconnected, so people can play through the game in a nonlinear fashiion.
Nabbit: From time to time, a creature named Nabbit will appear on the world map. Players must enter the course and catch the speedy Nabbit to recover items stolen from Toad. If Nabbit is nabbed, players receive a powerful P-Acorn, which will allow them to fly continuously through an entire stage. The only way to obtain a P-Acorn is to catch Nabbit. 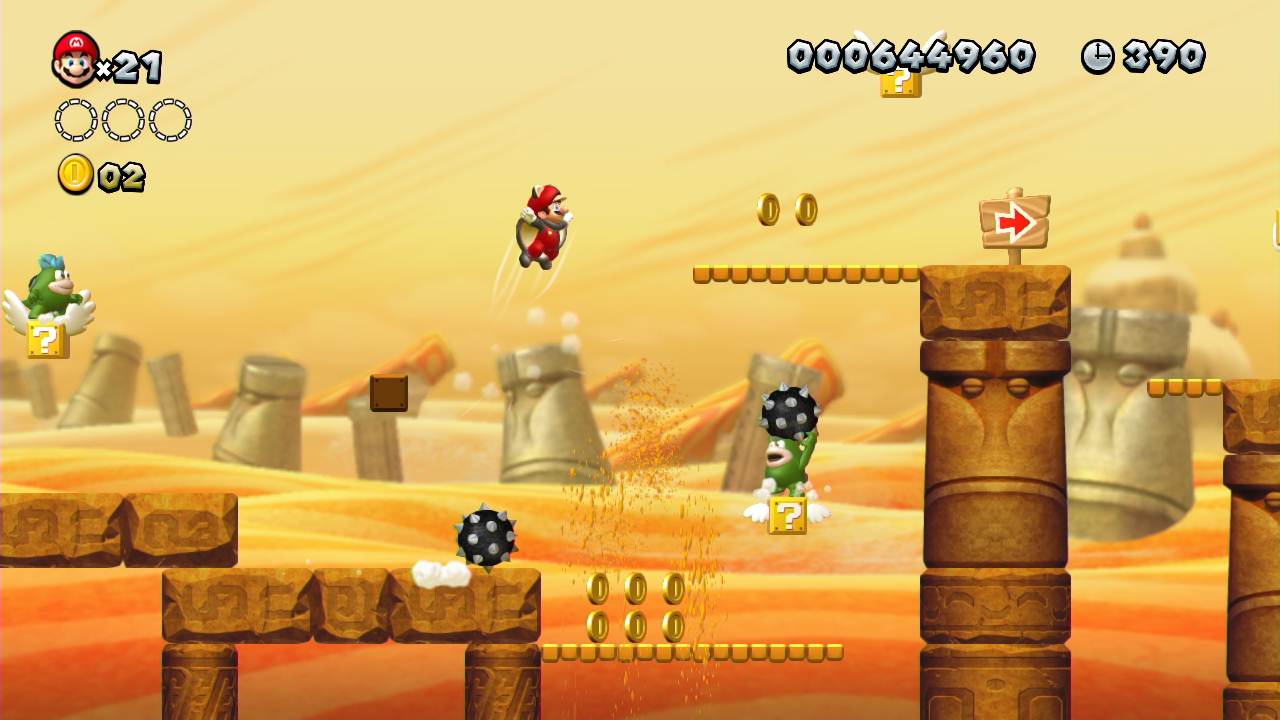 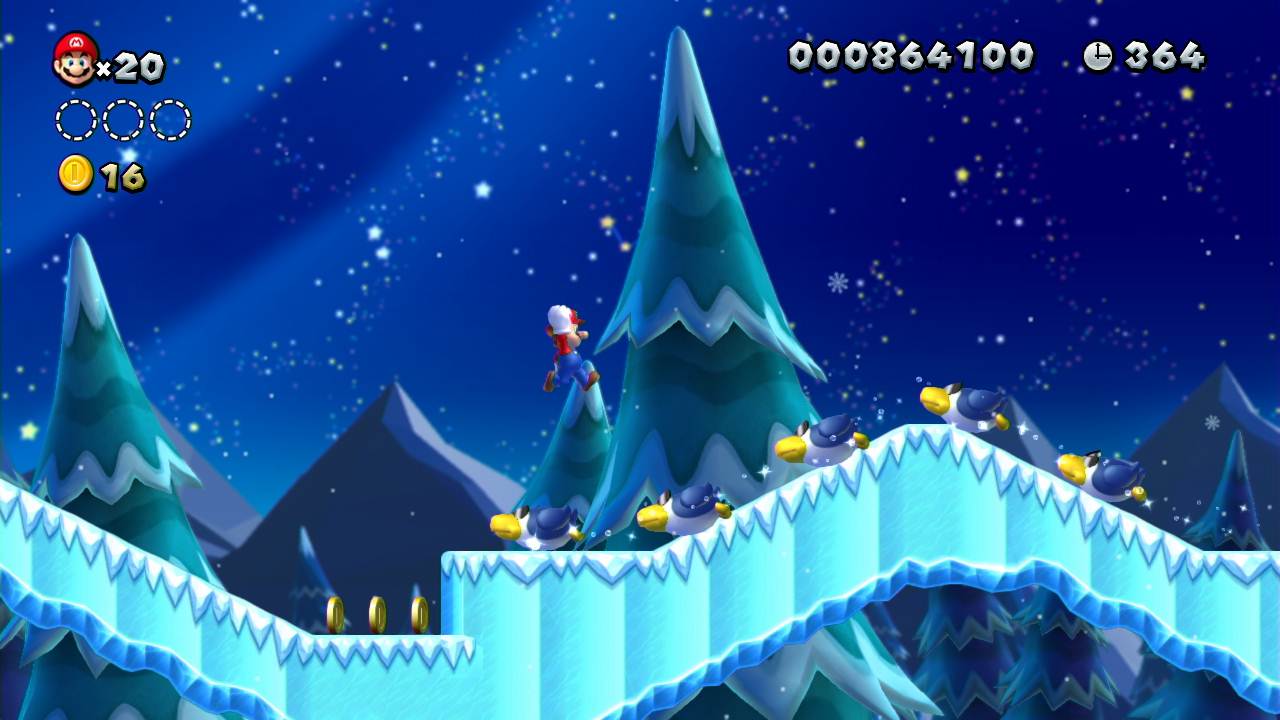 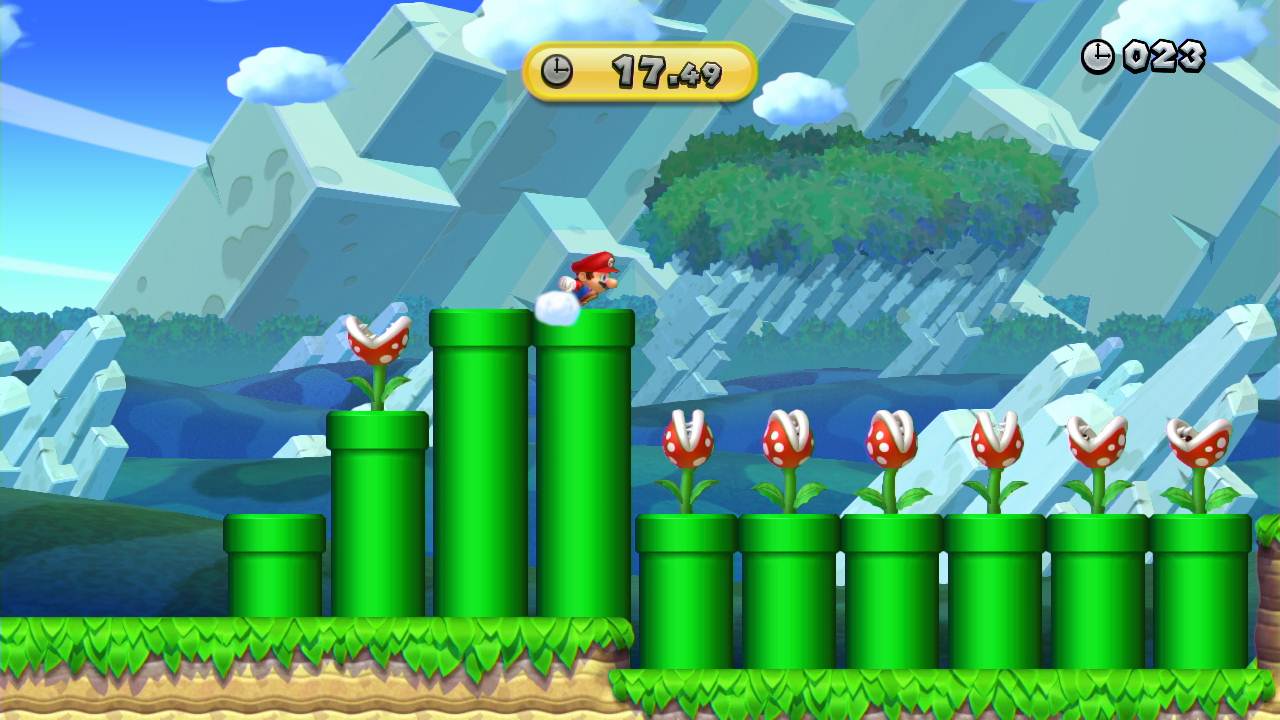 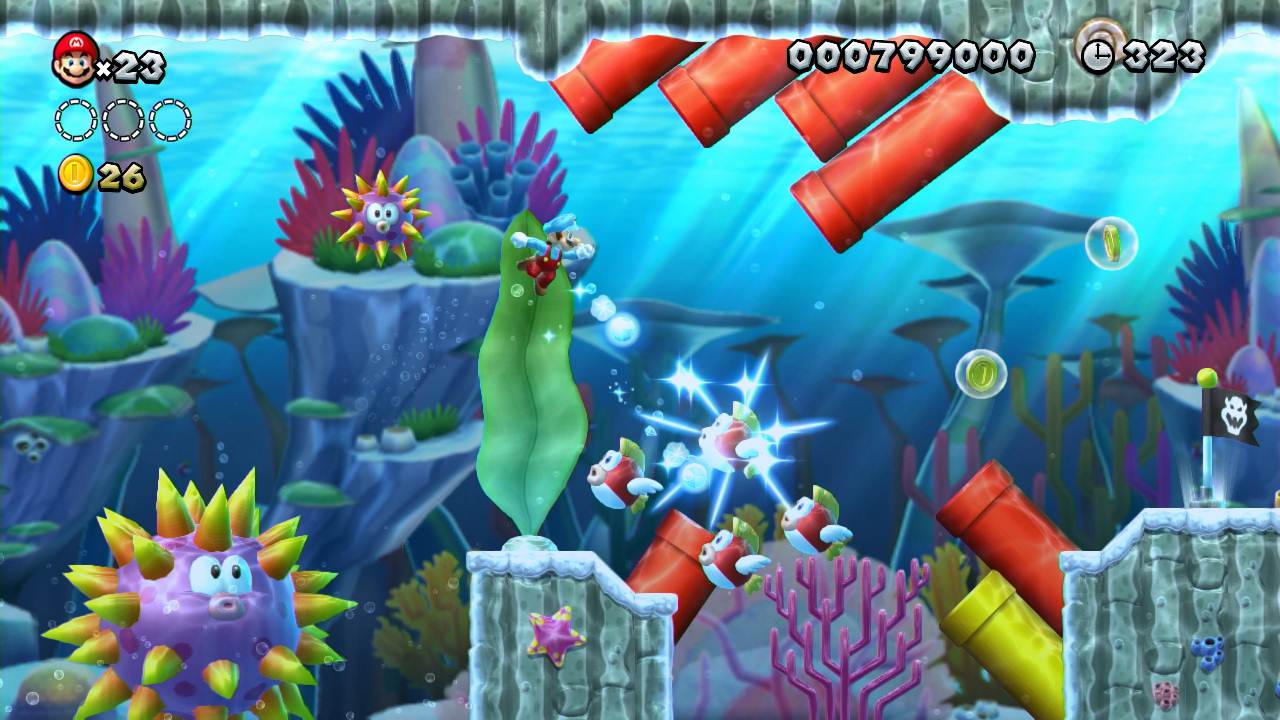 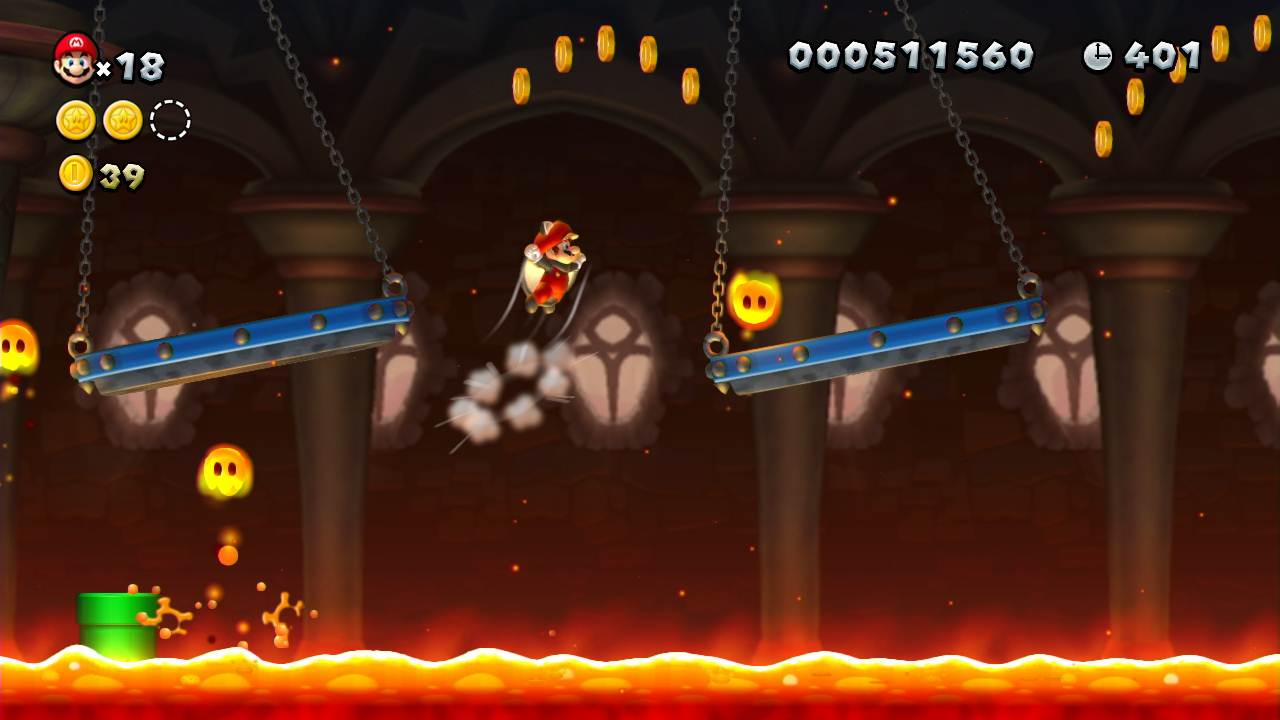 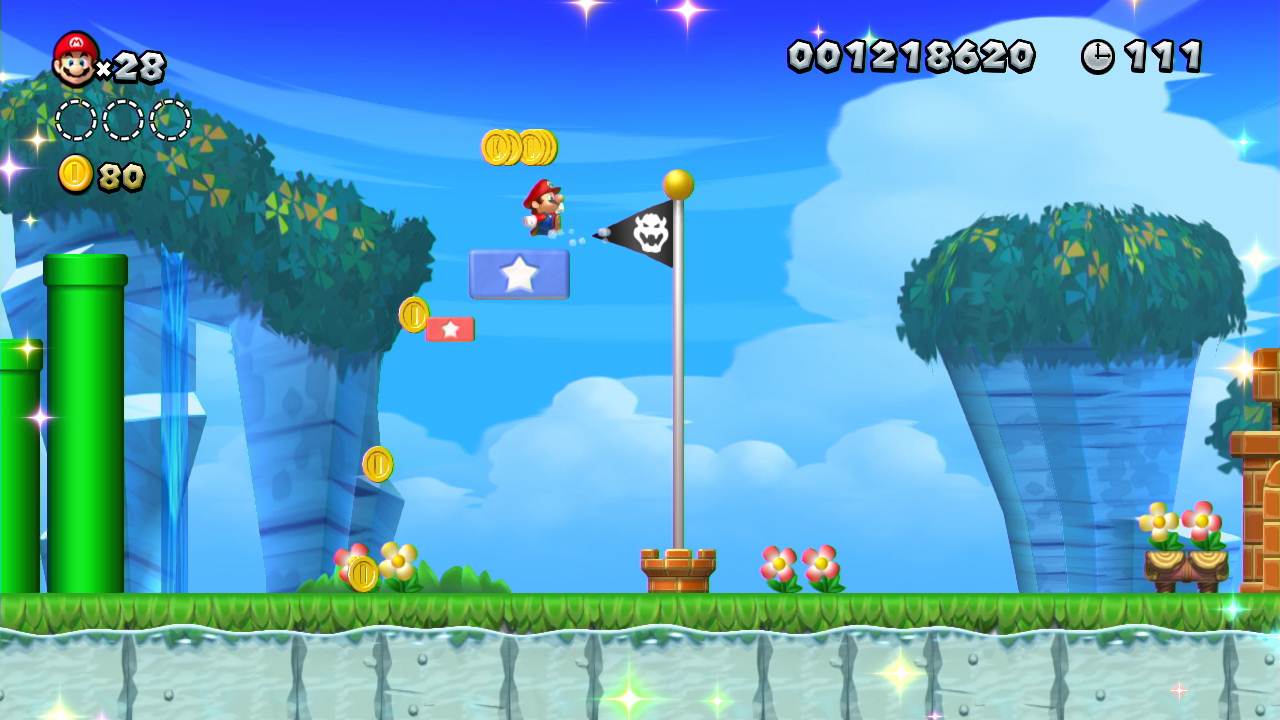 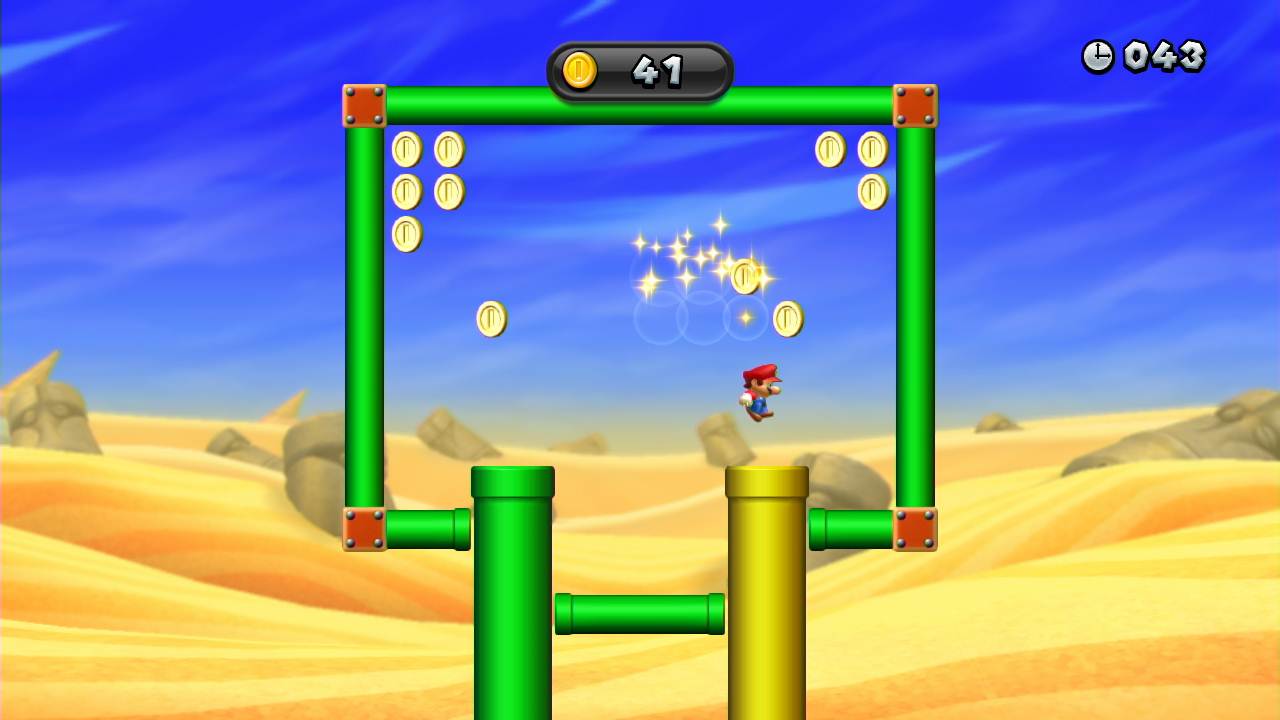 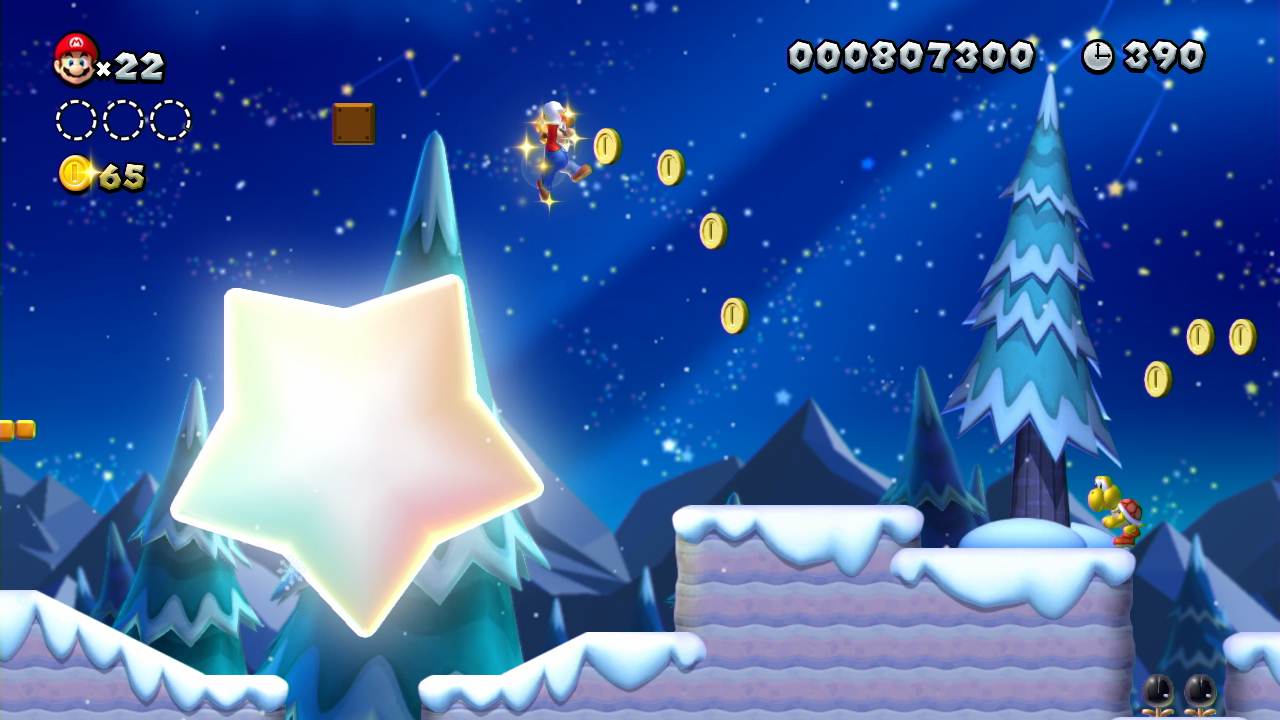 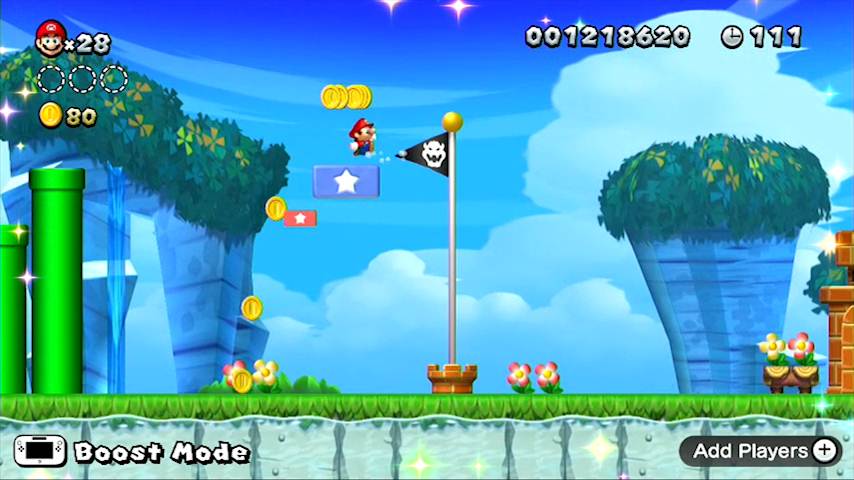 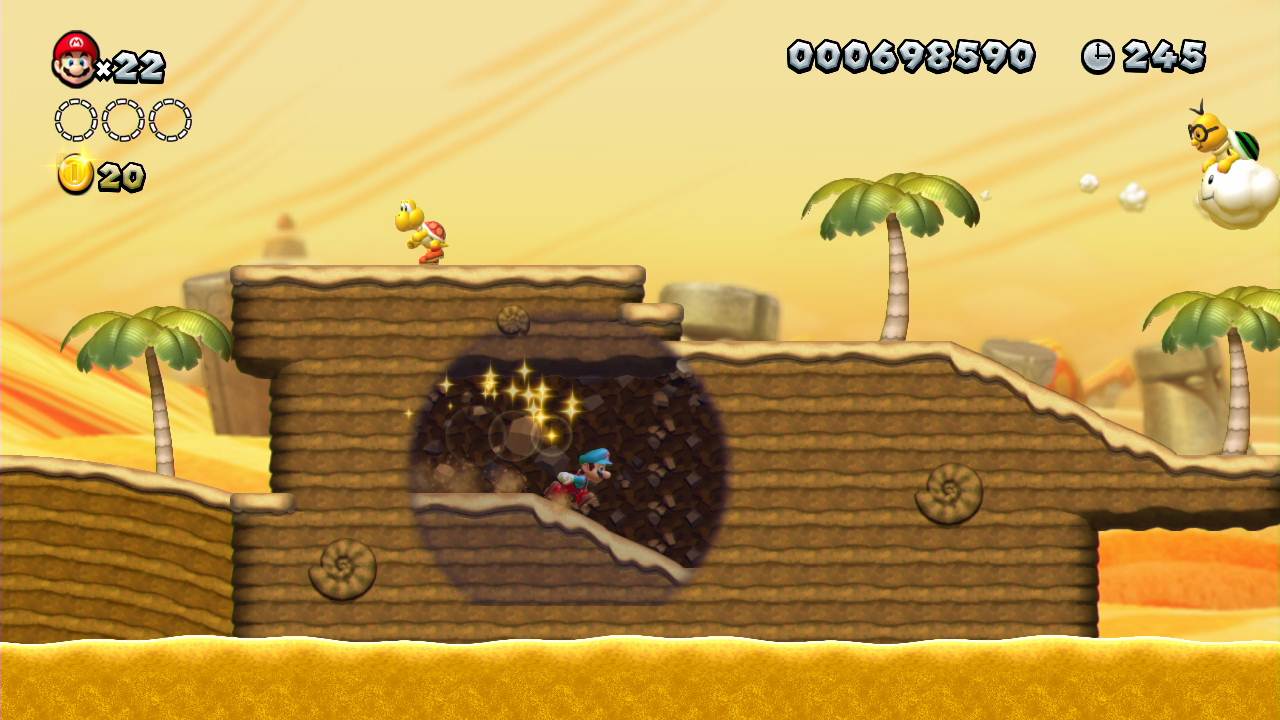 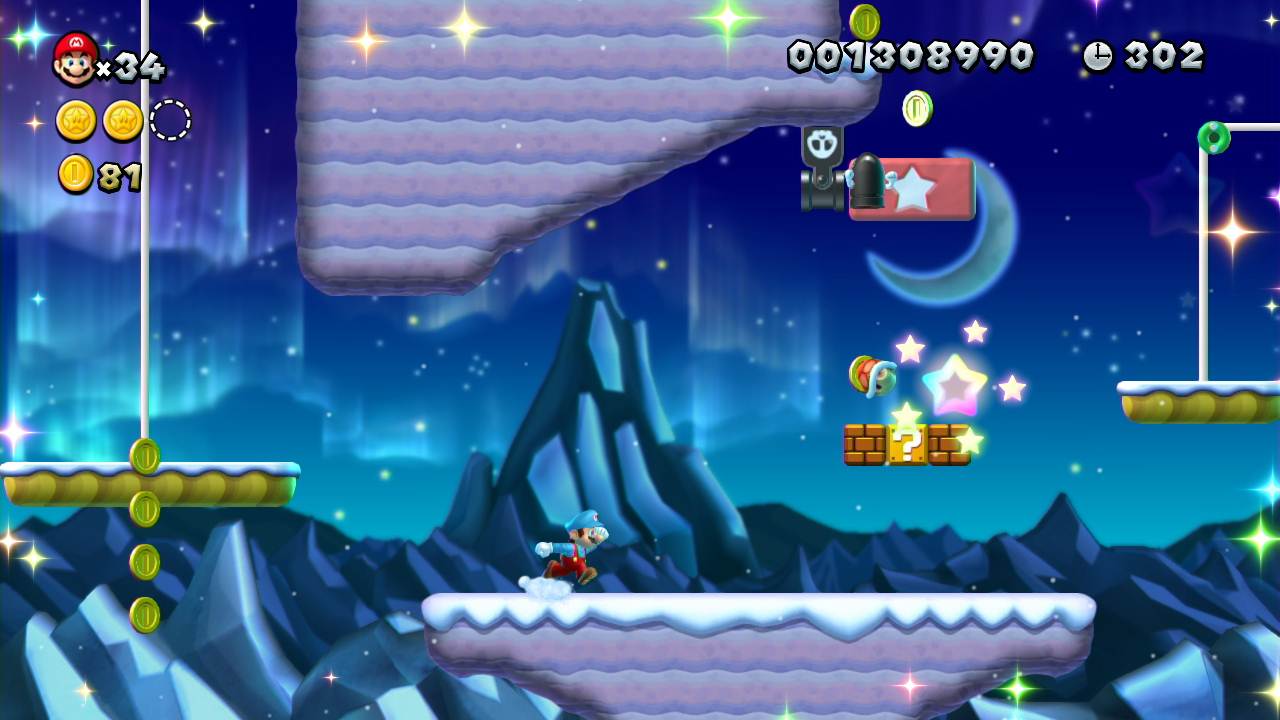 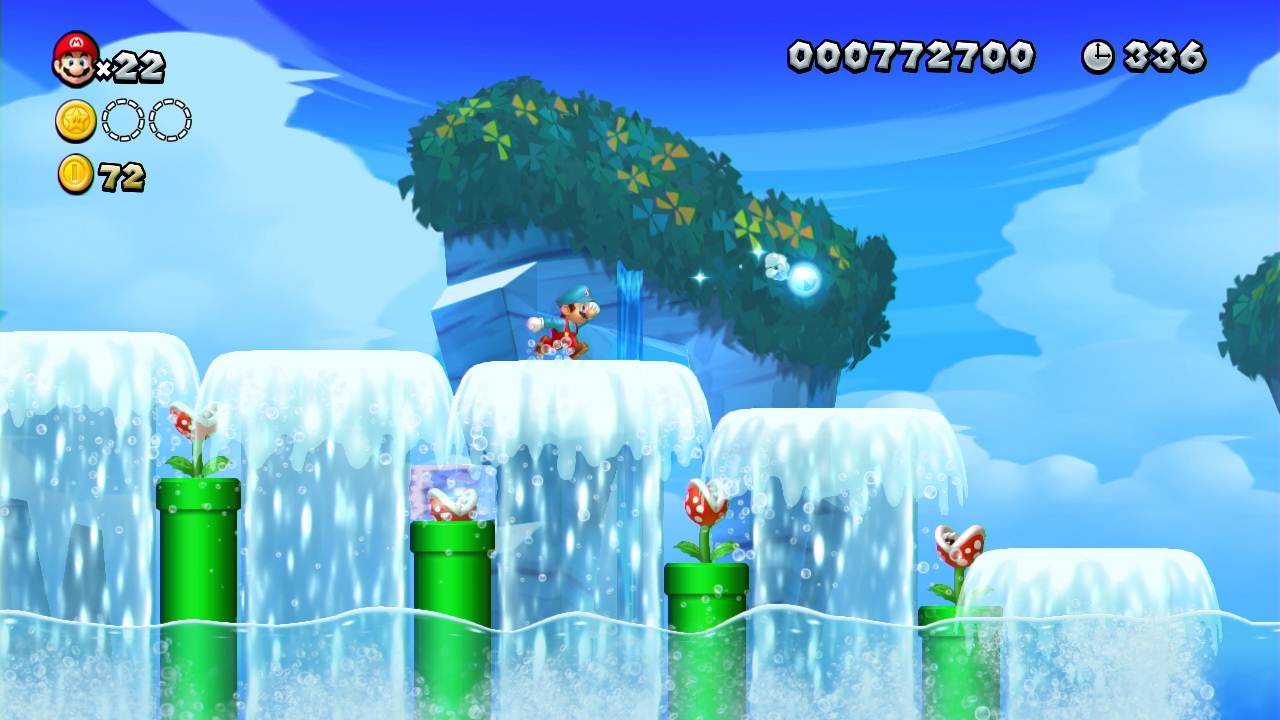 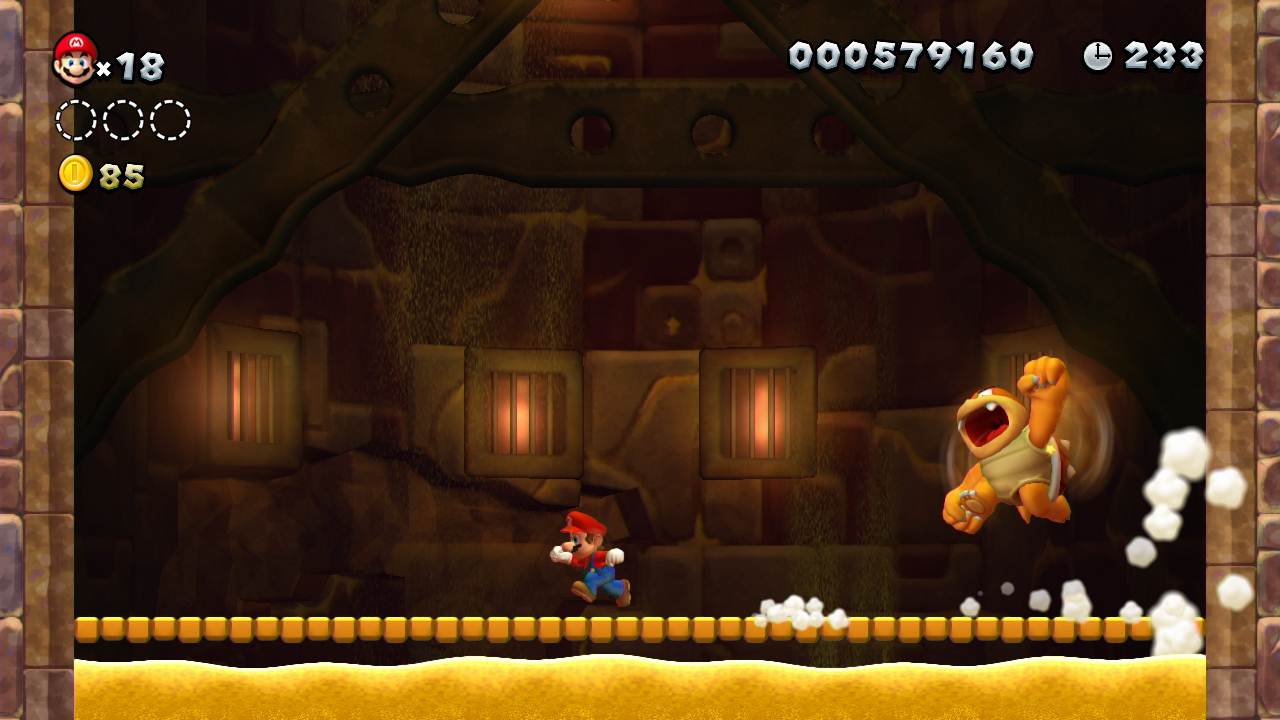 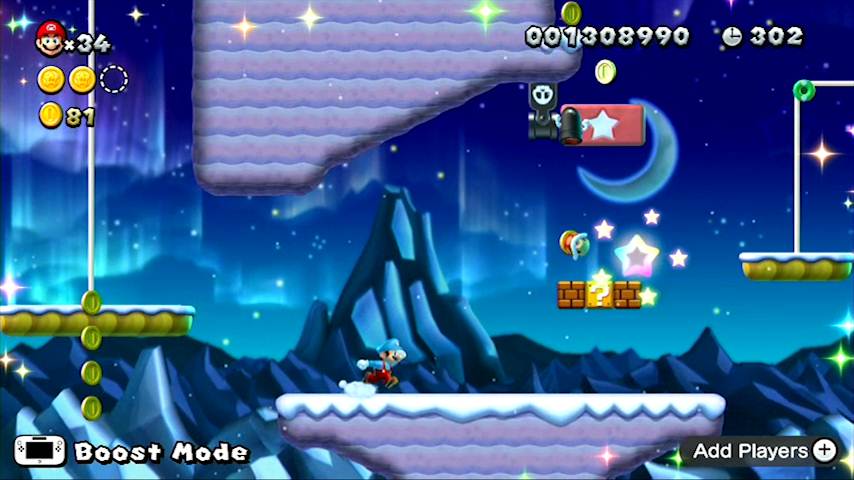 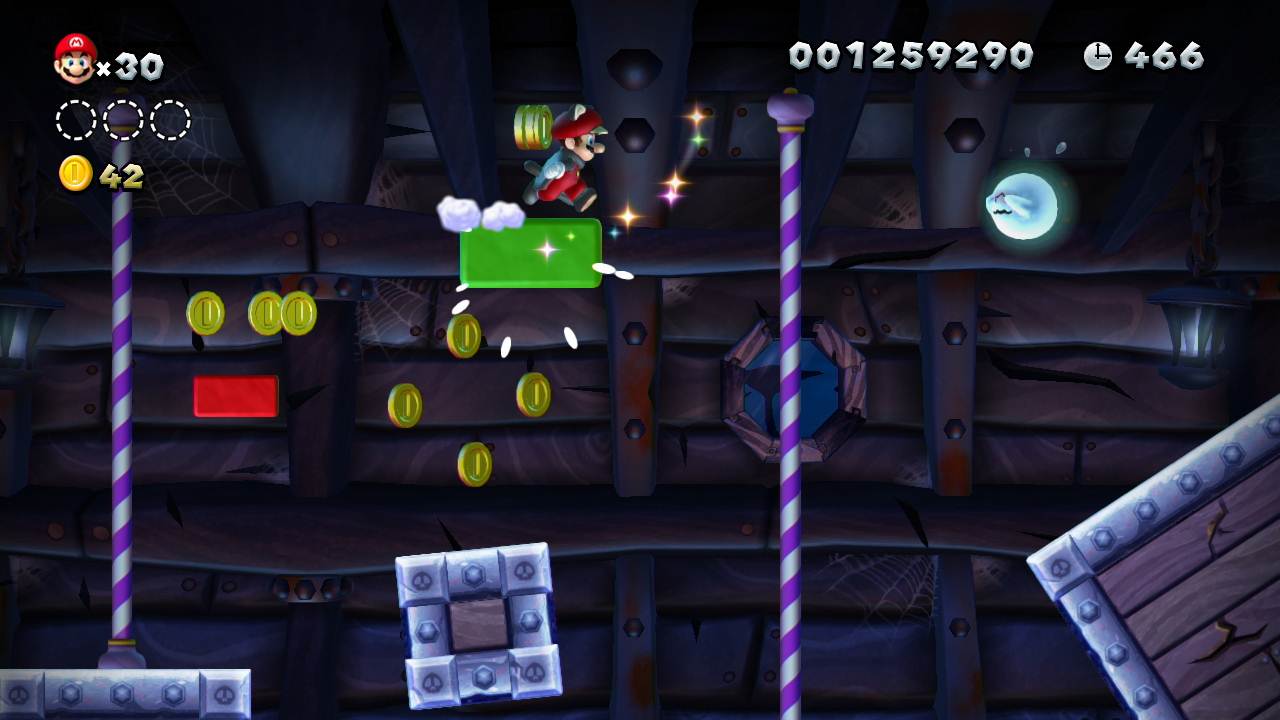 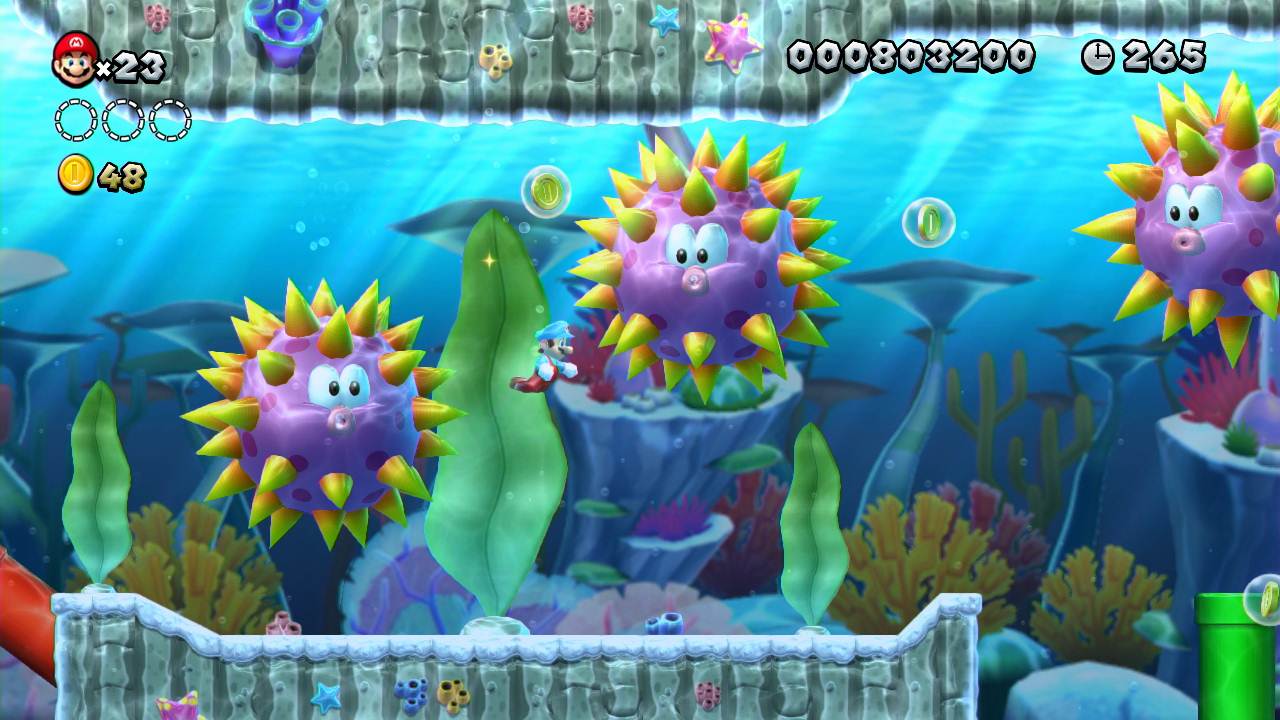 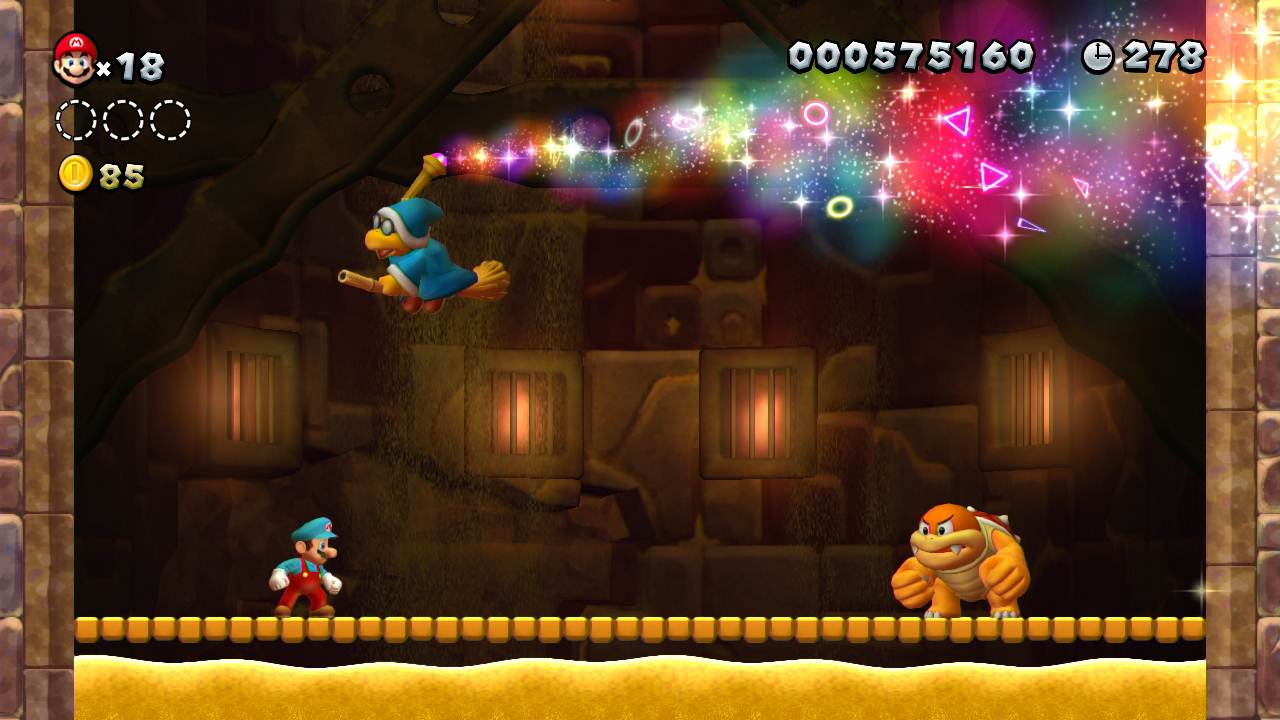 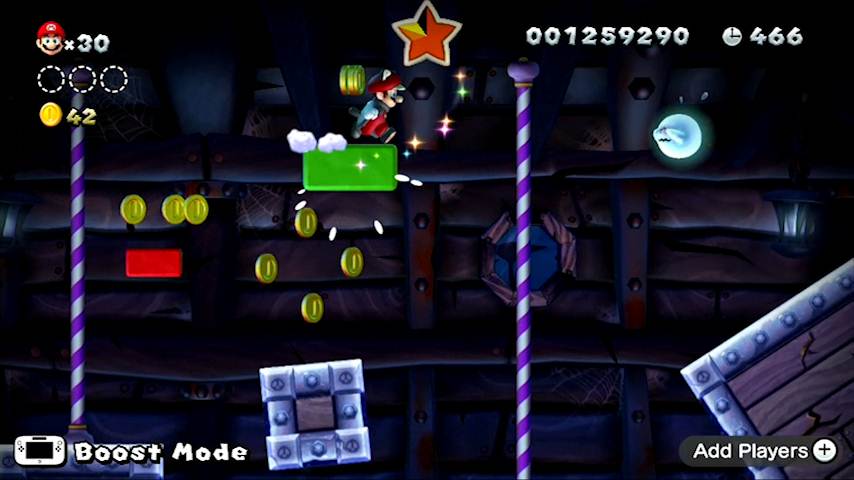 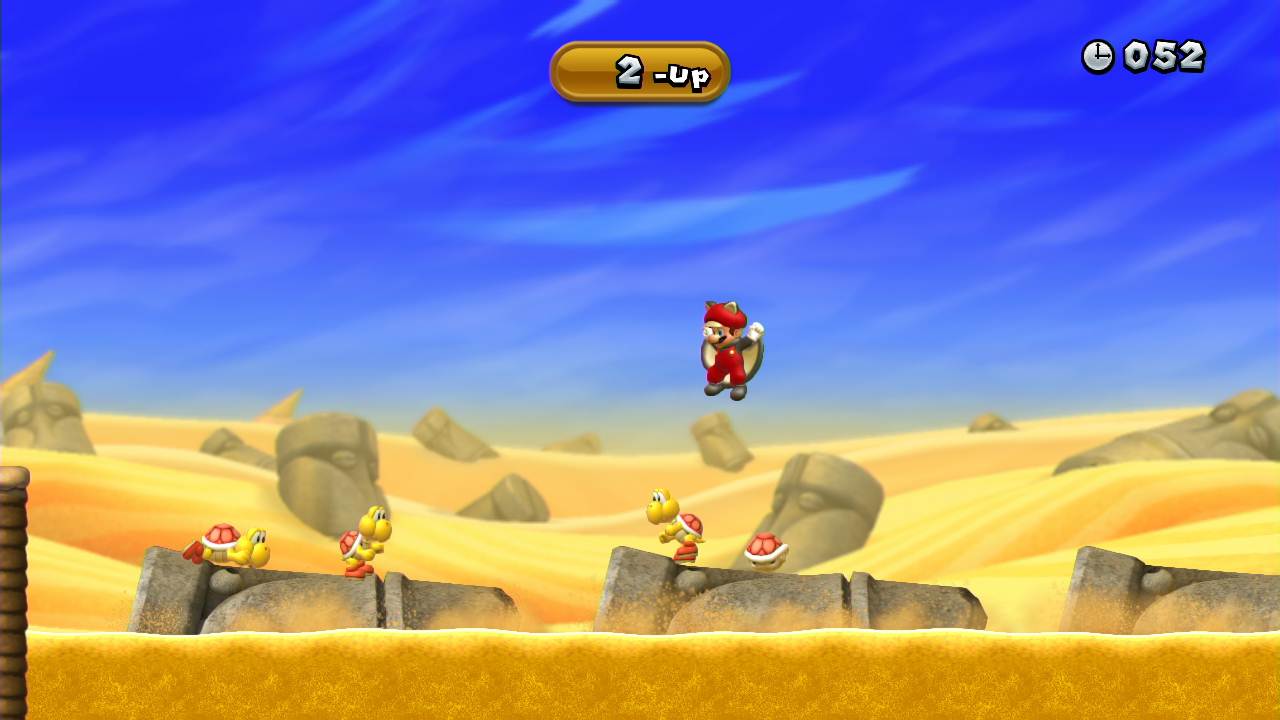 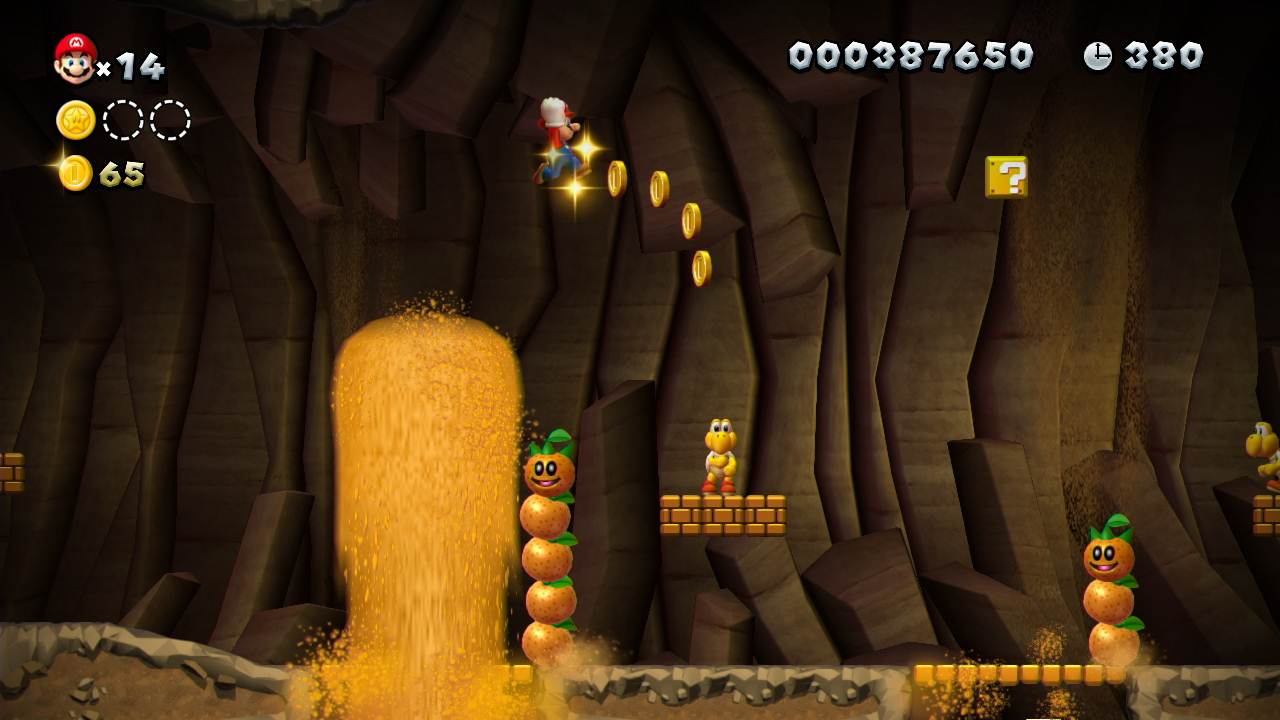 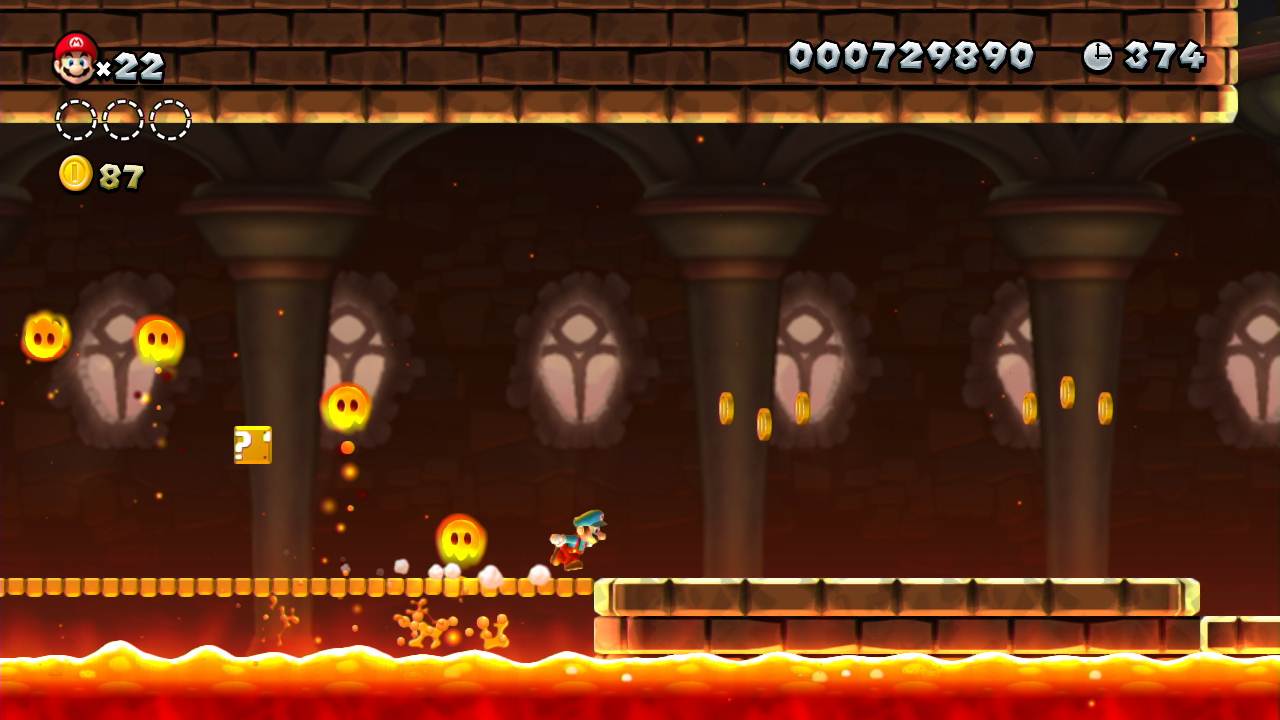 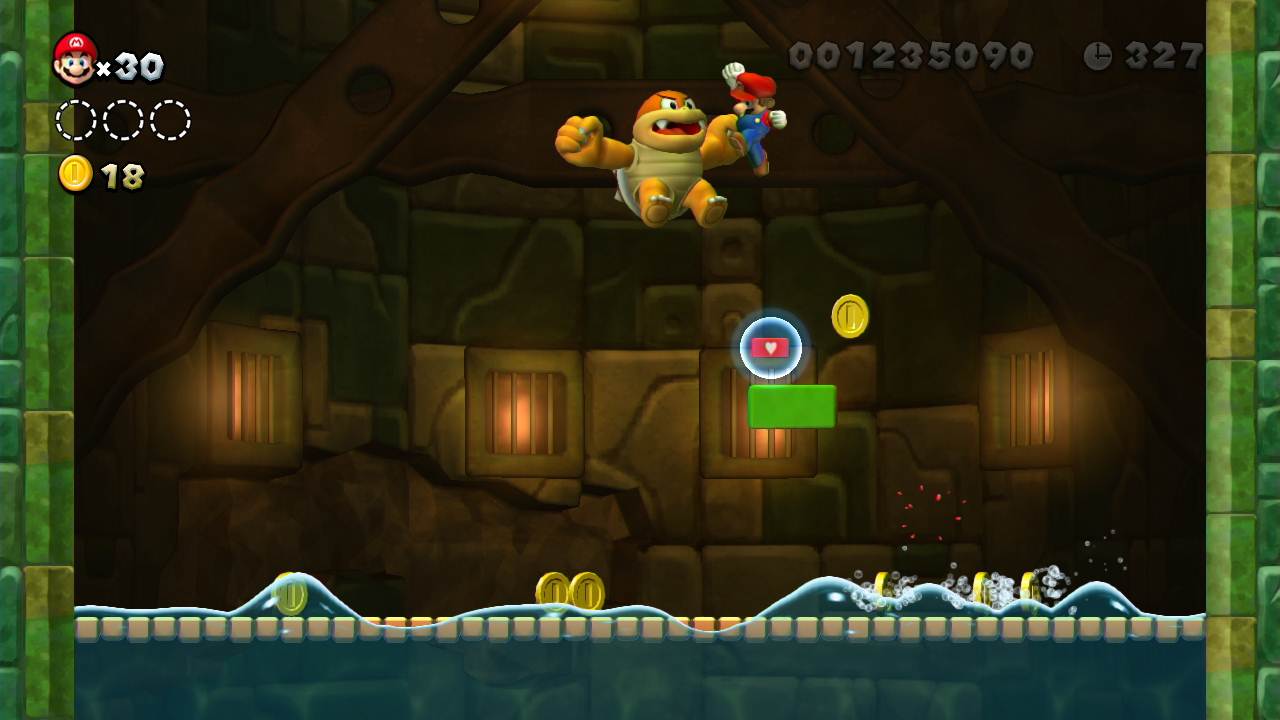 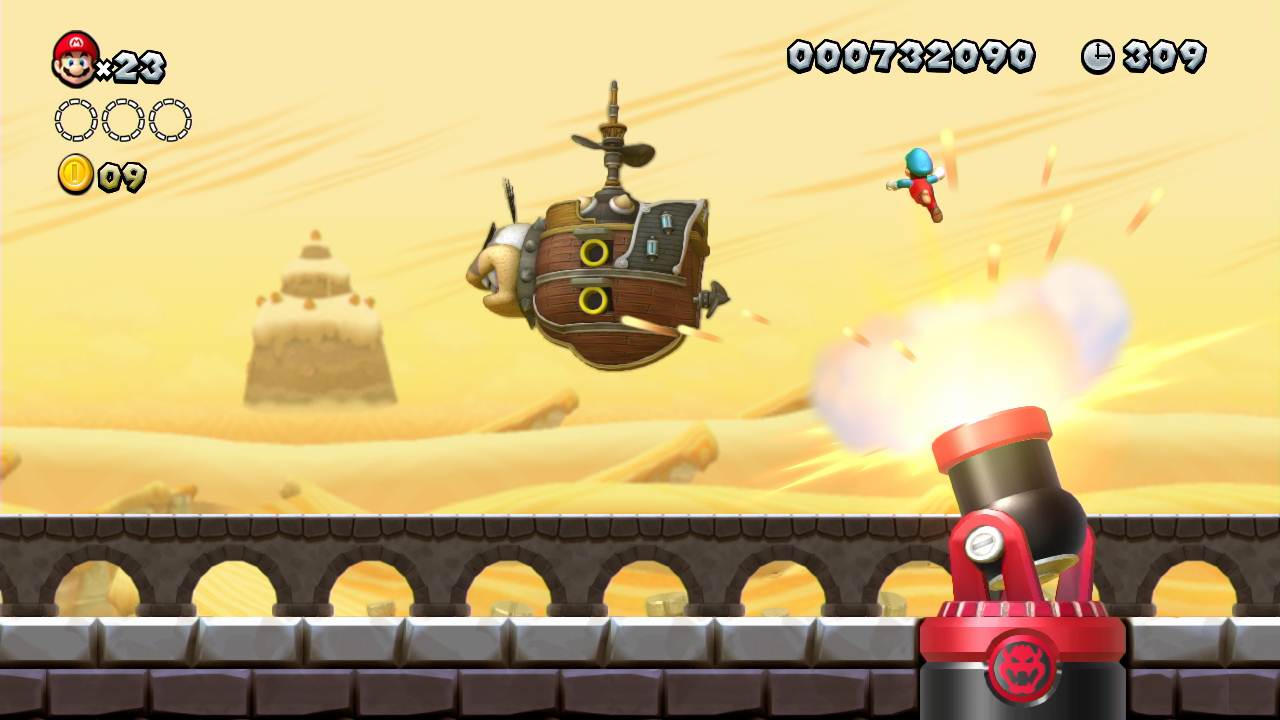 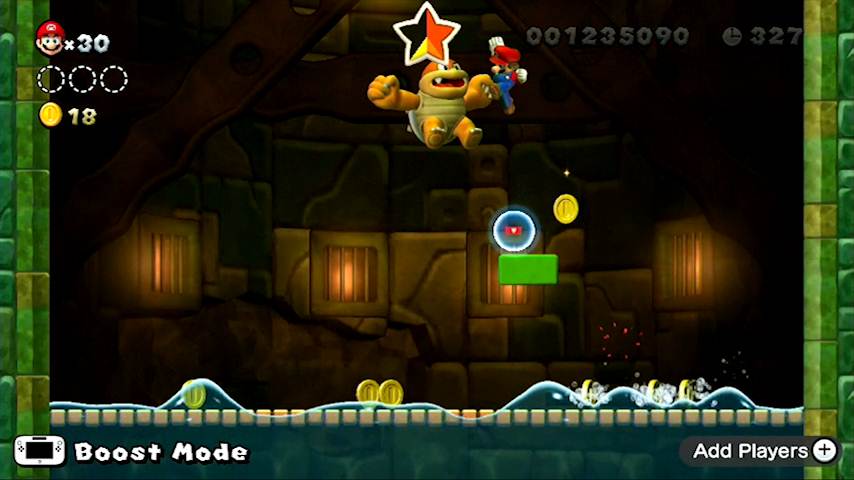