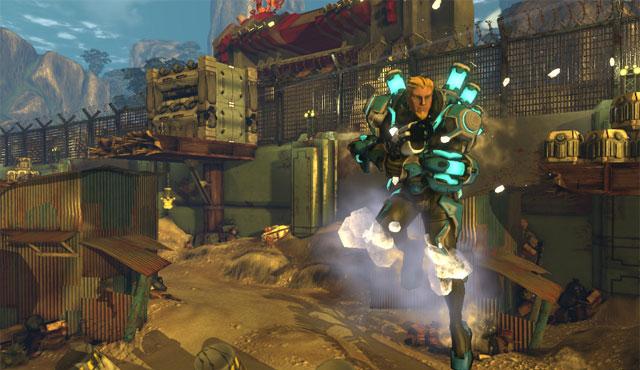 Here is the latest trailer for ‘FireFall’ released by Red 5 Studios which will be a free first-person-shooter.  The trailer shows off different outfits as well as weapons, fire propelling boots and more.  Red 5 is also having a live streaming match that will be shown on Justin.tv, it looks like a combination of Borderlands and Halo.  Check out the full details on the live stream that will happen on May 6.  The game take place 200 years from now and there will competitive multiplayer as well as  a cooperative campaign with plenty of customization.  The games story is also written by Mark Kern, the Team Lead behind the World of Warcraft series.  Pretty ambitious for a free FPS.  FireFall will be released late 2011 for the PC.