Jump to the rhythm. 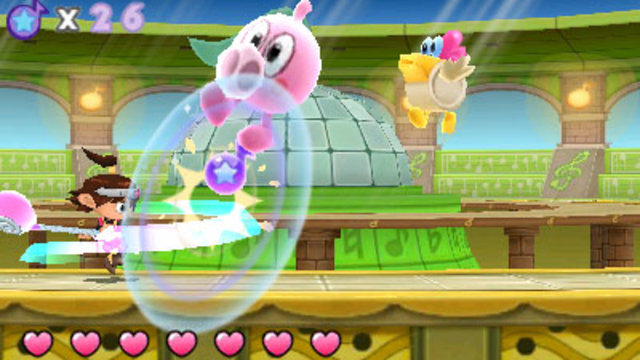 Nintendo has rolled out a brand new trailer for their 3DS rhythm game HarmoKnight. The video showcases some on screen gameplay as well as player input. Have a look after the brake.

HarmoKnight is a rhythm platformer game developed by Game Freak, the same guys who have brought us all those incredible Pokemon games. It’s their first non Pokemon title since 2005’s Drill Dozer for the DS.

Players control a young boy named Tempo as he traverses through the world of Melodia is hopes of defeating the nefarious Gargan and his army of Noizoids. You run through auto-scrolling stafes while actions such as jumping and attacking are performed by you, corresponding with the rhythm of the game.

HarmoKnight is now up for grabs from Nintendo’s eshop for $14.99. If you’ve already picked it up, let us know your impressions over at the comments section below. Stay tuned for more news and updates.