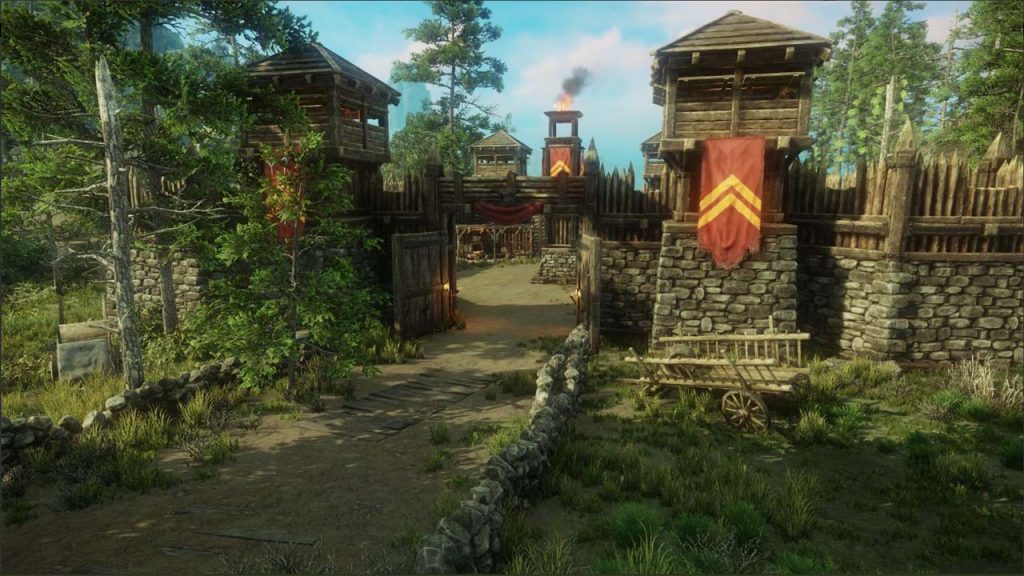 If you didn’t already know, Amazon is currently working on an MMO called New World. The game will take advantage of cloud computing, and will feature a sandbox world where players must fight for their survival. Amazon has been hard at work in promoting the game, and they have now released a whole bunch of screenshots which showcase some of the diverse environments we can expect to see in the game via the game’s official Twitter account.

The game will be set in a fictionalized version of 17th Century America that has supernatural elements. Players will have to build forts, towns, and anything else they need, to try and survive. Although it sounds like the game will be set in a harsh world, the new screenshots showcase some very diverse and even peaceful-looking environments- though looks, of course, can be deceiving. Apart from the screenshots, Amazon Game Studios also shared some concept art for the game, which also paints a picture of what the game’s world is like.

You can check out the newly released images in the tweets below. As of now, we don’t have a release date for New World.

We are pleased to share this week's installment of #ScreenShotSaturday https://t.co/WlnMYhtpqv pic.twitter.com/ktlTUDACMd

As the sun sets, it is best to stay close to a campfire or in the light of a lantern.#screenshotsaturday https://t.co/WlnMYhtpqv pic.twitter.com/PcIxkXrZ5Y