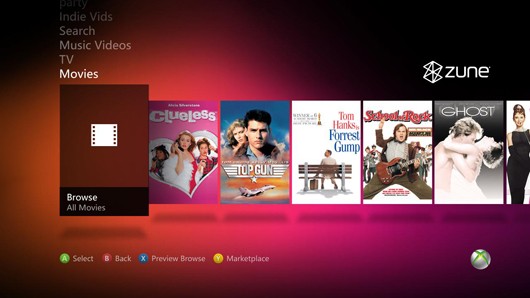 The update that is on its way to the Xbox 360 will change the layout of everything from the Dashboard, to the Zune Marketplace, to the Arcade Game Marketplace.  This new update will also have ESPN3 streaming video and a Netflix search so you don’t have to do it from your PC. Some people have it right now through either illegal  download or through the preview program.  The people that have it now can’t join the good old fashion party chat that is currently a part of the Xbox 360 because the updated has a different codex.  Your voices will even clearer with this update, believe it or not.  The update will be available for everyone before Kinnects’ November 4th release date, so that means soon.  Here are all the official updates that the update will change.