With a very distinct art style 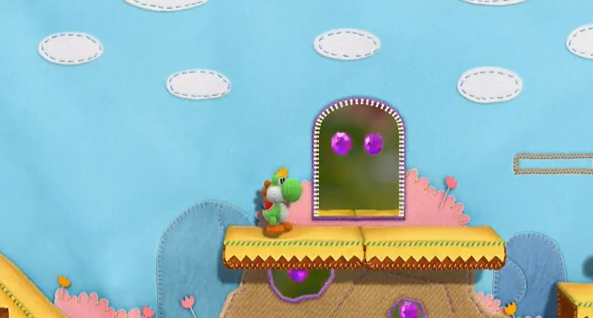 Nintendo has announced a completely new Yoshi platformer for the Wii U. As you can see from the image above, it features the distinct, lovable and highly praised art style that we saw in Kirby’s Epic Yarn back in 2011.

Takashi Tezuka, who was the leading man on N64’s Yoshi’s Story, will once again be supervising the development of this game.

This is the first time since 1998 that a console is getting a game dedicated fully to the lovable green dinosaur.

Nintendo boss Satoru Iwata promises the game will “leverage the Wii U graphics and hardware capability to show how attractive a new Yoshi game can be.”

For now, it looks like the game might be a 2D platformer, but that is yet to be confirmed.

No release window or even a title for the game have been announced yet, but keep your eyes peeled and stay tuned to this space for more info.

Till then, feast your eyes on the announcements of Yoshi Wii U. There’s some gameplay footage and in-game screenshots in there, so it’s a good watch.