Next gen to be “the last generation”, says Paradox Interactive CEO

It’s no secret that mobile technology is growing at an alarmingly fast rate, and when we have devices like tablets and smartphones that can do basically everything, the influence of home consoles on the overall gaming market has been declining at a steady rate.

Paradox Interactive CEO, Fredrik Wester, has chimed in and said that he believes the next gen will definitely be the last one. When there are devices with smaller form factor and pack in a lot of power, who would buy a bulky console box which clutters up their living room?

“The next generation of console hardware will probably be the last. I’d be surprised if we see another generation after that,” he said.

While this may be a little disturbing for console ‘fans’, this is how the inevitable evolution will be headed. Now, there is no reason why Sony and Microsoft, and even Nintendo cannot adapt to these changing conditions, they are already preparing for the future in a way, when you look at it.

Wesker also said that he expects the walled gardens to decline and open platforms like PC to rise a lot. In a way, we are already seeing that.

Paradox Interactive have been really successful with revenues multiplying at an insane percentage, almost from 1.5% in 2006, to 97% in 2011.

This is what EA has been projecting, and I think this is pretty accurate. Consoles still bring in the most revenue but the growth rate isn’t that high, and in comparison the social and mobile markets are growing at a rapid rate. 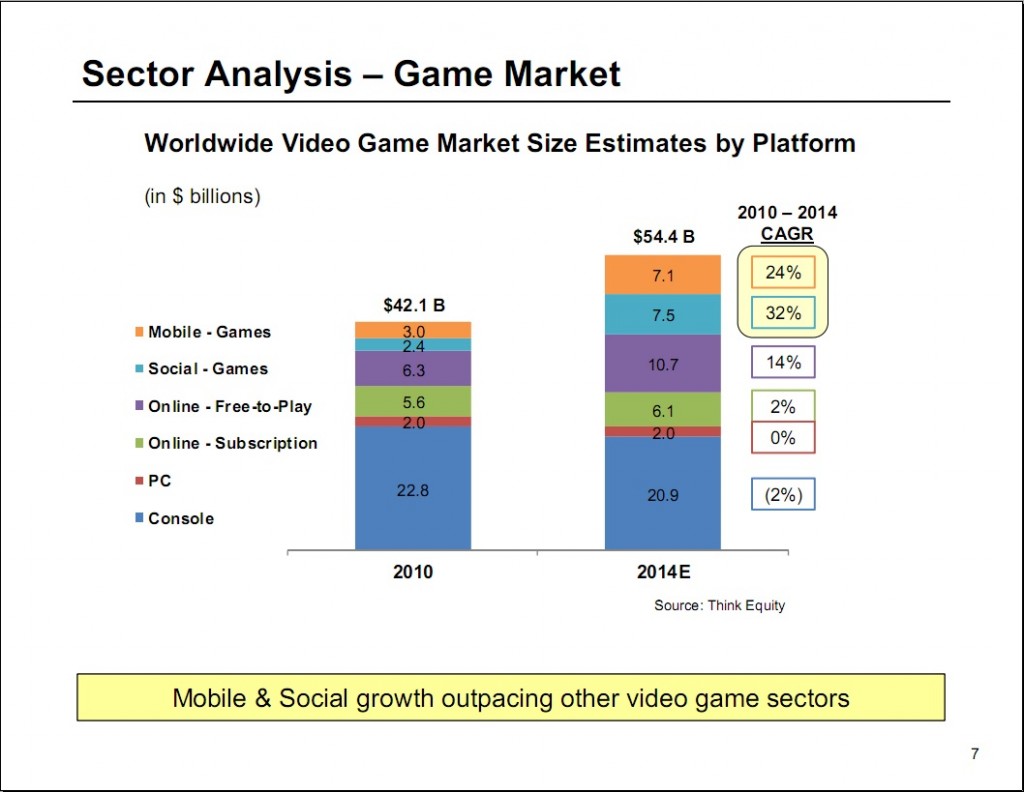