Of the big-name sports game series, NHL often gets the cold shoulder. Other major sports franchises from EA get a lot more attention but there’s always a chance to turn things around to bring fresh life on the heels of a proper real-life season. With this year’s release of the hockey series, EA looks to address some aspects from previous years’ entries and the result is a mix of some success with many more lingering disappointments.

NHL finally joins FIFA and NFL in the Frostbite Engine, EA’s most used and adaptable development engine and there’s some neat additions to the graphical suite; but mostly in somewhat minor details. The most noticeable improvement is the clothing with better detail in the textures. Faces still look rather on the uncanny valley side, but that’s often what you’re going to get when trying to mimic realism. Still, it was only a matter of time before NHL left Ignite behind, and the time has come. Animations look great too, a significant step from the NHL series’ days with the Ignite engine. Unfortunately, visual improvement doesn’t have much of an impact on the offering of gameplay modes.

"The most noticeable improvement is the clothing with better detail in the textures. Faces still look rather on the uncanny valley side, but that’s often what you’re going to get when trying to mimic realism."

Be a Pro returns with mixed results. The prospect of creating your own player is appealing and the idea of guiding them through a season sounds like a great idea from a gameplay perspective. Focusing on one player and their role can help the game feel less overwhelming and there is a steady progression curve for your character throughout the mode. Various skill trees have slight impact on performance though despite the noticeable jump in stat numbers. For someone who is new to this mode, this is leaps and bounds better than the training modes. Where Be A Pro faulters though, is in the story that’s told through overwhelming commentary and bland interview style conversations. The mode is still a nice-to-have, but desperately needs an expansion to its feature set.

The voice performances are very well done. They have a very clear tone and carry conversations well on and off the rink. The problem is that there is so much of it that at times it becomes headache inducing. Thankfully these longer sections can mostly be skipped in Be a Pro, but this sacrifices a lot of the immersion of the mode. The frequency of dialogue is way too high and this extends to the response-choice conversation interactions with the coach, managers, teammates and more. These are essential in the mode as specific responses give metrics to improve performance but the options are very bland and they don’t flow naturally because they are segmented interactions. These are often seen in between outcomes which takes away from the best part of Be A Pro.

Some of the most fun I’ve had in a quick session outside of Be A Pro is Ones Now, where three players each compete against one another on a fraction of the rink to score. Bouts are quick and the gameplay is simple to understand. The overall flow makes this mode the best to warm up with and learn an isolated form of hockey. One minor issue with this mode though is that goals are relatively small which can mean that the outcomes are decided rather quickly. The reason for this is largely due to the fact there isn’t an easy way to misdirect the goalie since passing is not an option. So, win or lose, this is at least a good way to practice shooting at the goal with a bit of opposition getting in the way. Often enough though, these devolved into a glorified version of Follow the Leader or “follow the player with the puck.” 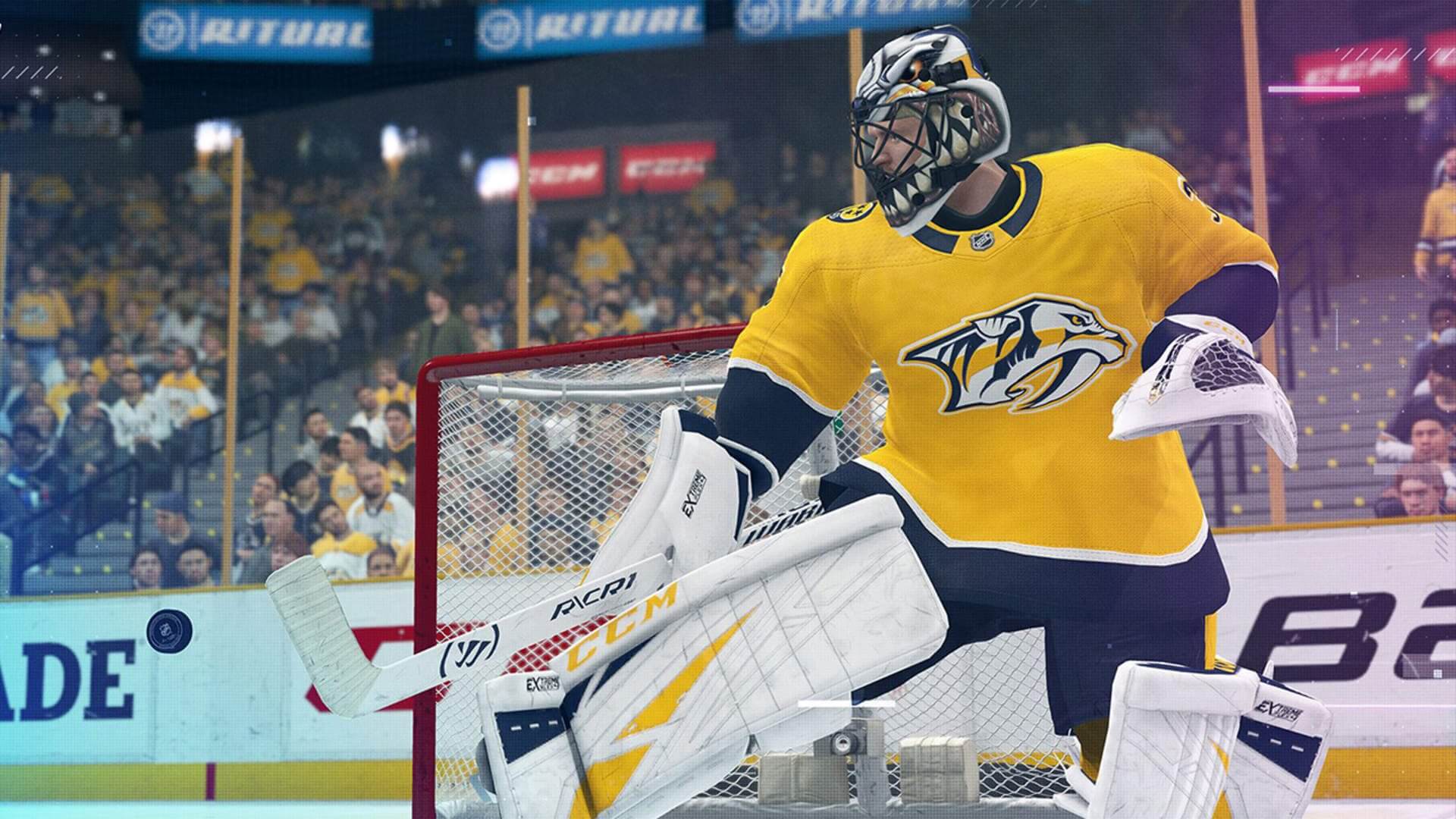 "Some of the most fun I’ve had in a quick session outside of Be A Pro is Ones Now, where three players each compete against one another on a fraction of the rink to score."

I really like the quick brisk pace of NHL’s arcade style modes and that briskness does carry over to the normal matches too, whether or not it’s for the best. Your mileage may vary and it’s up for debate but the gameplay speed of NHL 22 makes the team play enjoyable. Speedy passing and rushing to the goalie feel great even if this more arcade style isn’t like real life. It all depends on how true to form you want sports games to be and personally, this continued approach is fine by me for the sake of enjoyment.

Like its predecessors and EA Sports contemporaries, NHL 22’s online offering is Ultimate Team aside from World of Chel which leans back on this with lenient modes like Ones Now for those looking for a somewhat less competitive and more social Online experience. Hockey Ultimate Team is very similar to FIFA and NFL’s variants, with opening packs with players to mix and match for a roster. There is still no understating that this is gambling and can be done with real money. Attaching paid and loot box style microtransactions to a yearly released full priced title will forever leave a bad taste and one can only hope that EA moves away from this strategy.

My biggest issue with this isn’t just the fact that HUT packs are randomized items that can be paid for, but that players have specific stats and X Factor abilities tied to them. So now aside from just better stats, they have unique abilities too. On paper, these Superstar X Factor abilities can seem very strong. Even still, most don’t seem to either activate much, or have enough of a large impact in the thick of it. The wording for them oversells their value. While this is all well and good offline where you can play with favorites in their respective teams; not being able to take advantage of the offline practice with them online is very disheartening.

If NHL 22’s modes sound very similar if not the same as last year’s selection, it’s because they are. To the developer’s defense, there’s only so many ideas that can stretch in a sports title that strives for a level of realism. This brings to question the value proposition for NHL 22 over last year’s release. If there was one fundamental area that would help engagement, it would be how it approaches its practice and training despite the Be A Pro mode offering a steady learning experience. 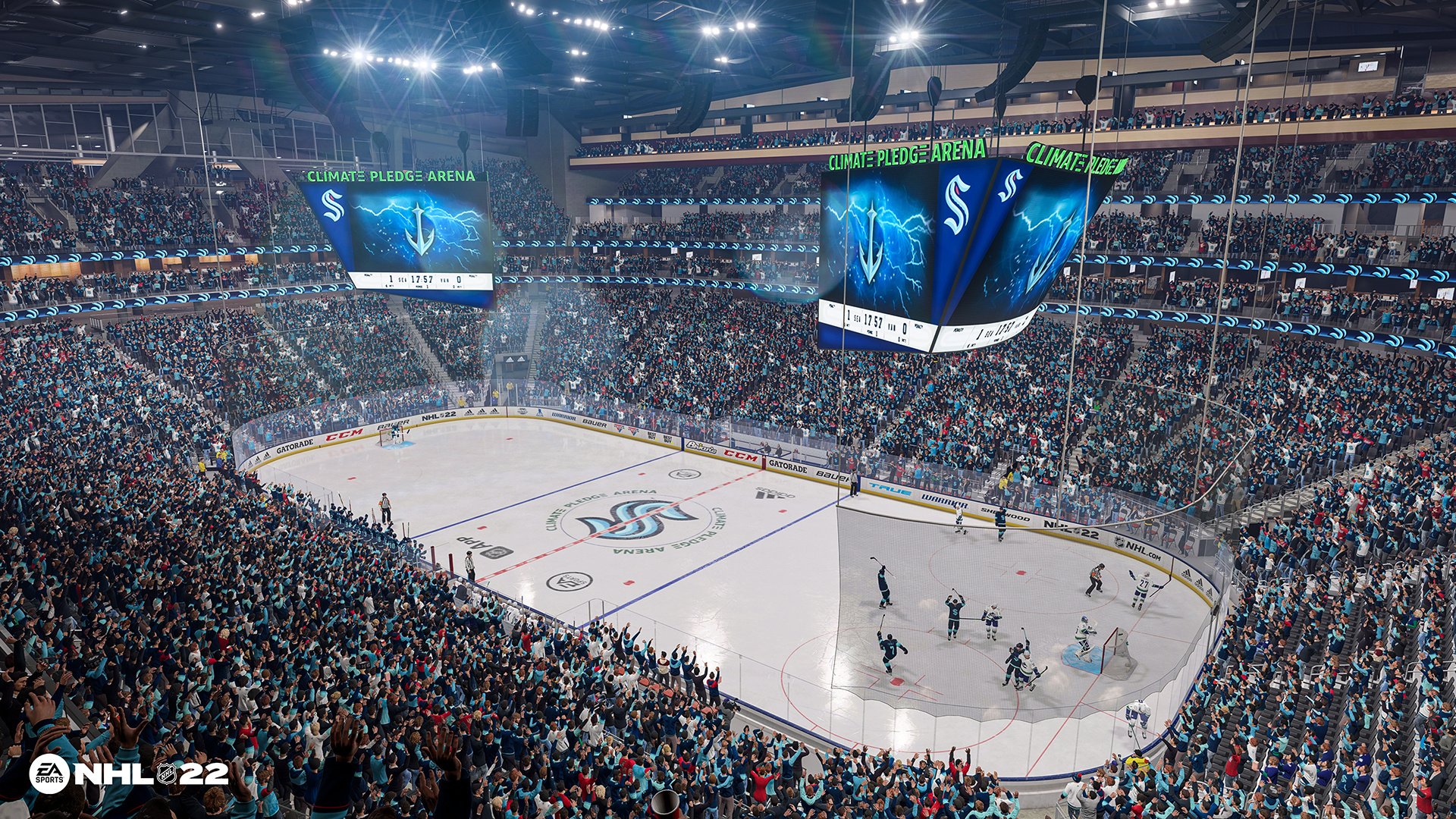 "If NHL 22’s modes sound very similar if not the same as last year’s selection, it’s because they are."

From a relatively fresh perspective to the series trying to learn the ins and outs, having several different control types is very welcome. Out of the gate, this gives some sense of immediate approachability but not quite beyond that. The training and practice mode are largely lacking. In practice, there is Free Skate, Team Practice, and Goalie Practice. Free Skate is understandably the most vanilla; just you and the goalie. Team and Goalie Practice offers some customizability. The scenarios or team placements can be chosen with three options to choose from, as well as the number of players on either side. On a surface level this is fine, but curated challenges would be really neat to see.

The lack of curated or tailored challenges for Offense, Defense, and Goalies is a missed opportunity. In theory, this could allow for the gameplay designers to display and encourage specific strategies to get newcomers familiar with controls and mechanics. Even if Hockey revolves around retrieving and keeping possession of the puck up until scoring goals; I can’t help but feel like there’s an opportunity to create different scenarios with teammate placement.  They meet halfway with control options but some extra guidance can go a long way to stick with it.

The AI and guesswork the game makes on which player you control needs quite a bit of tuning. When controlling a team in normal matches, I often found it really difficult to be the player I wanted to control when I lost possession of the puck. It’s frustrating because this makes defense significantly harder and strategies like rushing much easier since the best way to guarantee a control switch to who you want is to have them retrieve the puck or receive it with a successful pass. 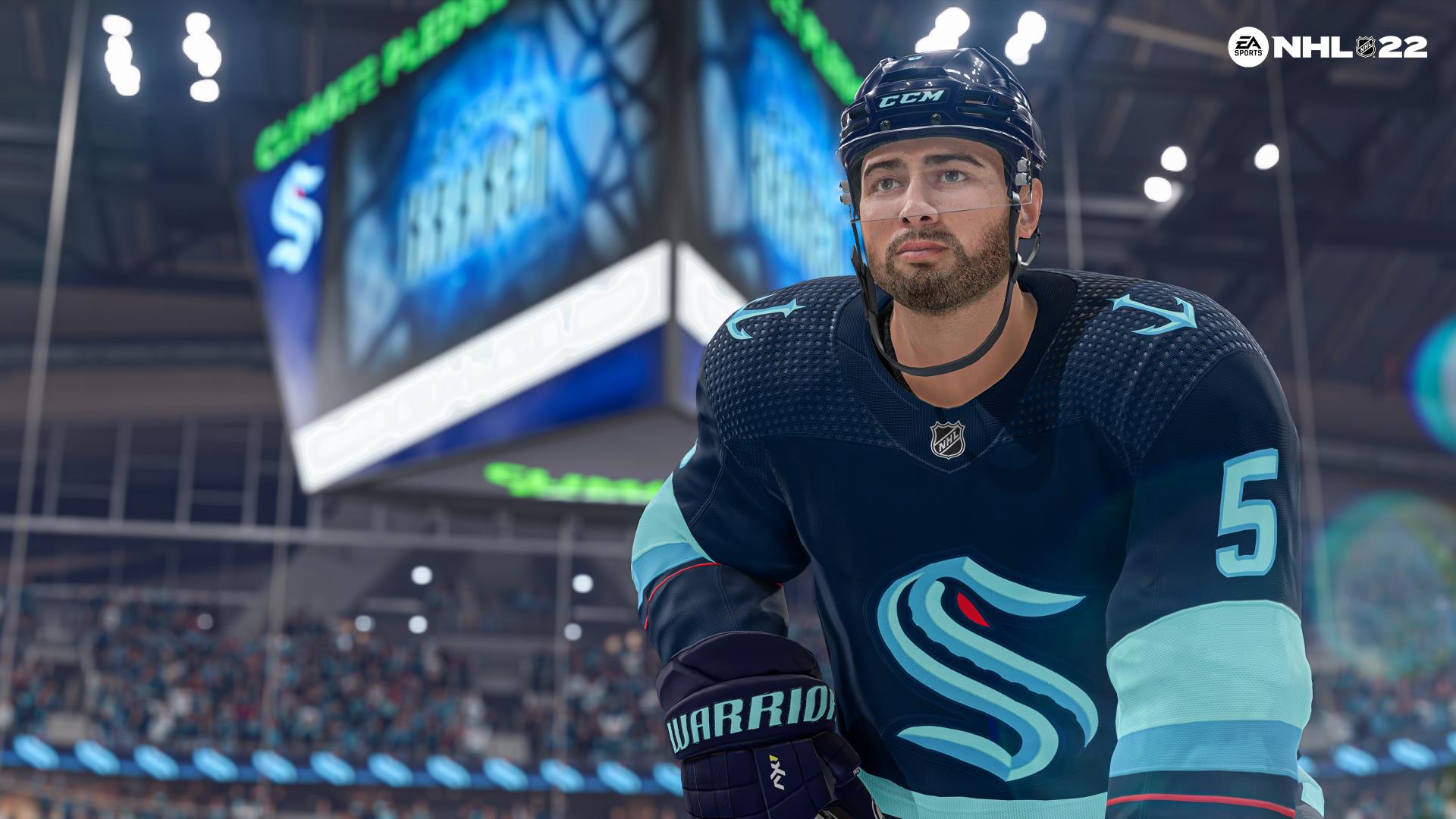 "The AI and guesswork the game makes on which player you control needs quite a bit of tuning. When controlling a team in normal matches, I often found it really difficult to be the player I wanted to control when I lost possession of the puck."

At the end of the day, NHL 22 is underwhelming. For every one thing that is done well, there are one or two more things that could have been done better. The visual uplift is nice and the migration to Frostbite went over smoothly but unfortunately this cannot save the waft of returning modes that makes for a dry feeling. Superstar X Factors are a neat idea but aren’t impactful enough to make much of a noticeable difference. With the typical suite of online mode drawbacks tied to randomness, the clean ice rink isn’t worth the stale retread.

Final Verdict:
FAIR
NHL 22 delivers some good moment-to-moment hockey along with a needed visual upgrade, but the franchise feels tired and worn out.
A copy of this game was provided by Developer/Publisher/Distributor/PR Agency for review purposes. Click here to know more about our Reviews Policy.