Nier: Automata Review – A Unique Mesh of Action Based Gameplay And Innovative Storytelling

Over the last couple of years, PlatinumGames seems to have lost their touch. The recent cancellation of Scalebound and a spree of disappointing games like Star Fox Zero and Teenage Mutant Ninja Turtles: Mutants in Manhattan made gamers somewhat skeptical about the studio’s future. But with Nier Automata, PlatinumGames have brought back their exceptional and often over the top combat and the results are captivating.

The original Nier was something of a mix bag but by bringing PlatinumGames to spearhead the sequel, Square Enix has done wonders to the franchise. To begin with, you actually don’t need to play the original Nier to get the hang of the story in Automata. The game’s first hour begins rather slowly and is extremely frustrating because there is no save point during this period. But then, all of a sudden, the game picks itself from the graveyard of boredom and presents the player with a tale that has more twists and turns than a roller-coaster ride. Without going into spoiler territory, aliens have defeated mankind due to which humans have moved on to the moon where they have developed Androids to take down their enemies. Aliens on the other hand aren’t exactly dumb. They have developed Machines to counter-attack Androids. Initially the plot sounds like a script from a C-grade movie, but as I mentioned before, give it time and you will be surprised by the emotional depth the game presents. The story evolves constantly and is one that will make you laugh and cry, both at the same time.

"Let me assure you that combat in Automata actually manages to exceed the mechanics we have seen in Rising and it possibly dethrones Bayonetta’s."

They often say that “first impression is the last impression” but in case of Automata this doesn’t apply. One look at Automata and it’s hard not to get discouraged by its brownish/yellowish graphical feel. It’s a color palette that is not often used these days but its post apocalyptic setting ensures there is a thematic reason behind such a dark atmosphere. But that is not to say the game lacks any colors…you will be treated to some amazing art style, unique enemies and some impressive particle and lighting effects throughout the game. If there is any game that proves that you don’t need to use high-end graphics tech to make the world beautiful then Automata is one such title.

But what makes the presentation stand out is the amazing soundtrack. If you think the original had a superb score then you must take a listen to Automata. The music resonates so well with the on screen action, whether it is a combat sequence, a cutscene or just during general exploration. It’s hard not to put down the controller for a minute and get lost into what is this generation’s most amazing soundtrack.

It wouldn’t be a Platinum game if it didn’t had a fantastic combat system. After the amazing combat craftsmanship we witnessed in Platinum’s previous offerings such as Metal Gear Rising Revengeance and Bayonetta, Nier Automata is bound to have excellent hack and slash gameplay, right? But then again, PlatinumGames dropped the ball with games like Teenage Mutant Ninja Turtles so some level of skepticism with Nier Automata’s combat is expected. But let me assure you that combat in Automata actually manages to exceed the mechanics we have seen in Rising and it possibly dethrones Bayonetta’s. This is because the combat in Rising, as exceptional it was, felt a bit light. It never really felt as tight as the one in Automata. You can carry out a number of different combos, dodge attacks and pull of special moves during specific situations. The animations are absolutely wonderful when the protagonist is pulling off those jaw dropping combos, the enemies’ reactions are on the spot and combat style in general just feel so fluid and smooth overall. 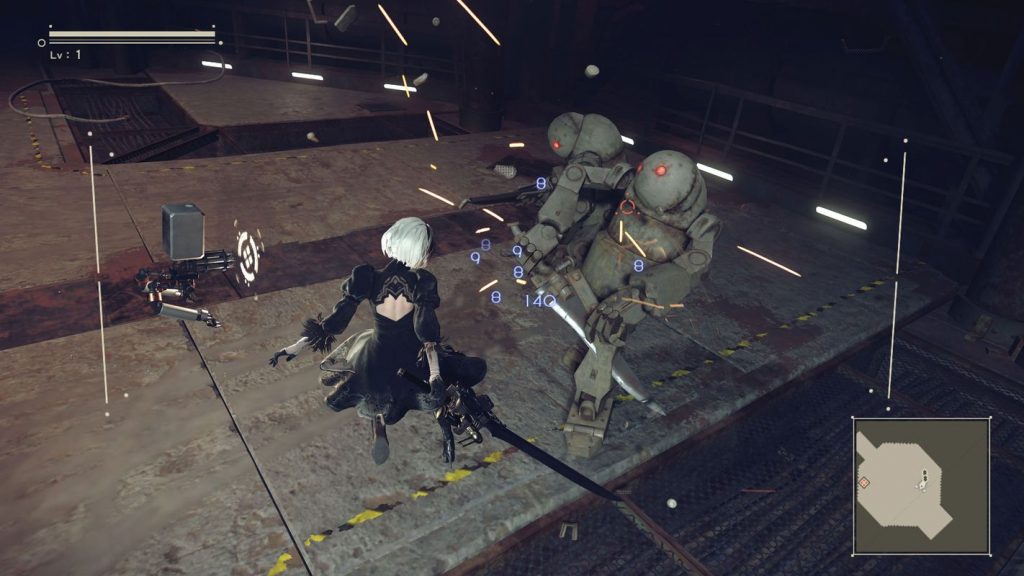 "I often came across frame rate drops and in a fast paced game like Automata, that is simply unacceptable. It’s the game’s most glaring flaw and one that I hope gets fixed in a future patch."

Nier Automata at its core is a role playing game but director Yoko Taro wasn’t exactly afraid to mix up genres. At one moment, the game becomes a top down action title and in the other, a side-scroller. During a battle you take hold of mech suits and fly around to take down a boss…the point is that despite being a RPG at its core, the transition to an all together different play style doesn’t affect the balance of the game (like it did in Castlevania: Lords of the Shadows 2 with those awful stealth sections).

The game utilizes a “Plug-In Chip” system that is used for customizing character abilities. Other than the name of the feature, which by the way suits the setting, allows players to accordingly customize their attack and defense parameters. Players will require chips (which can be collected or purchased from an in-game vendor) to upgrade however your storage system has limited capacity so you can equip several plug-ins as long as there is space to accommodate them. Weapons too can be upgraded and the maximum level for each of them is 4. The Pods’ various parameters along with character attributes such as sprint speed which allows the protagonist to move faster through the open world can be improved. On a related note, I really liked the idea that there is no strength meter attached to sprinting. In open world games I found the sprint meter to be a chore as it slows down exploration so am glad that PlatinumGames did away with it.

If there is anything wrong with Nier Automata, it has to be its performance issues. The game targets 60fps on both the PS4 and PS4 Pro with better resolution support on the latter but it’s not a smooth 60fps experience. I often came across frame rate drops and in a fast paced game like Automata, that is simply unacceptable. It’s the game’s most glaring flaw and one that I hope gets fixed in a future patch. 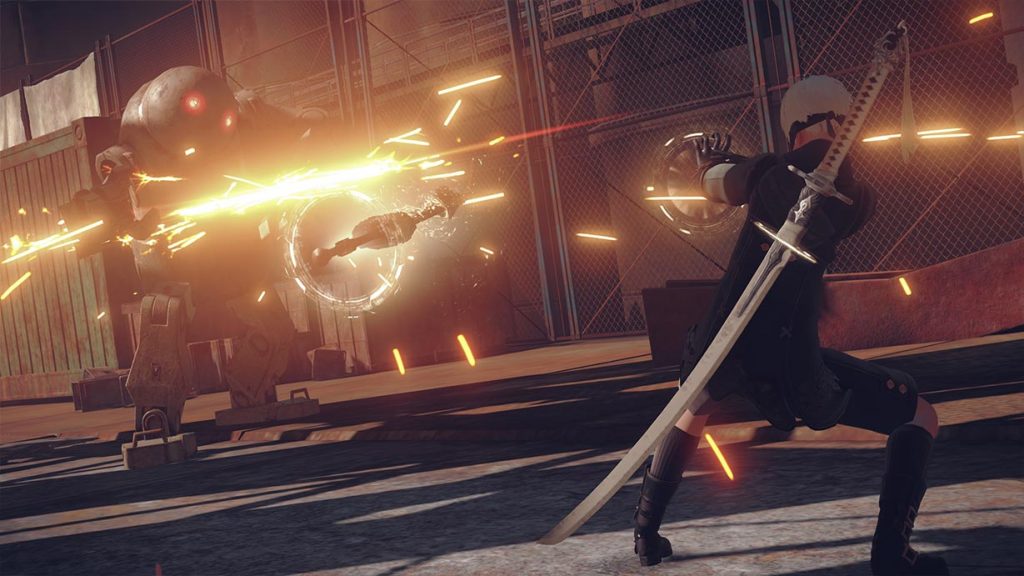 Nier Automata encourages multiple playthroughs to achieve the complete story of the game and although this may sound painful, it really isn’t. The game also has a number of side missions and although they aren’t as interesting as the main quest line, we gave them a try to receive additional insight into the game’s world and story.

As it stands right now, Automata is a major improvement over the original in every way possible. It is a unique mesh of emotional story-telling and PlatinumGames’ superb action oriented combat style. Exceptional boss battles, engaging combat, high replay value and the phenomenal music score make Automata a must play game on the PlayStation 4.

Exceptional combat, engaging boss fights, great replay value, interesting side missions and an emotional filled story that will surprise you.

Performance issues on the PS4 drag down the experience at times.

Final Verdict:
AMAZING
Nier Automata is a better game than the original in every way possible. Although performance issues may annoy some players, you wouldn't want to miss out on some classy combat, amazing story and perhaps the best action game you can play on your PS4 right now.
A copy of this game was provided by Developer/Publisher/Distributor/PR Agency for review purposes. Click here to know more about our Reviews Policy.