Mass Effect, as a series, has come a long, long way. After its initial launch with Mass Effect in 2007, the game was met with overwhelmingly positive response, and seeing how successful the first game was, BioWare soon developed Mass Effect 2, which was even better than its predecessor, and saw even greater success. After the release of just two games, Mass Effect has been touted by many as one of the best- if not the best- franchises this generation has procured.

But with such high standards and benchmarks set by Mass Effect and Mass Effect 2 can the third game in the series actually match up to all the hype and expectations? What does it have to do to live up to the sky-high standards of quality set up by the first two superb titles? We will list nine things we definitely want to see in Mass Effect 3 below- nine things that will, most probably, make Mass Effect 3 the ultimate role-playing/action/shooting/storytelling, heck any gaming experience.

Enjoy the list, and tell us if you agree with it or not in your extremely valuable comments below! 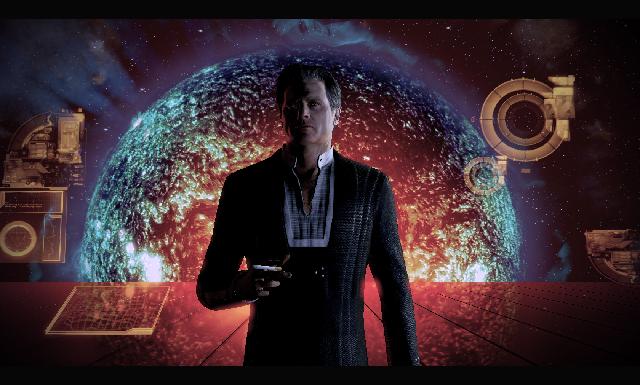 After all the mysteries that Mass Effect 2 tackled, the biggest question that it created was the identity of the Illusive Man. Who is this guy? All we have been told is that he is the “boss” of the pro-human organization, Cerberus, that shows a keen interest in the Collectors and Commander Shepard. Other then that, and the fact that this guy is a chained smoker, we know nothing- from the very beginning of ME2, he has been referred to as The Illusive Man. But why is he so illusive? What’s his past? What’s his real name? And the biggest question of all- is he really one of the good guys?

If either of you followed the Illusive Man’s orders at the end of Mass Effect 2 and did not destroy the Collector base, the Cerberus Head is shown sitting in his usual place, with a sinister smirk across his face. Does this mean he’s the bad guy? But if he is, why is he against the Collectors? Why is he trying to help Humanity, and the rest of the Galaxy along with it? Does he have his own personal reasons? If yes, then what are they? Does he have a past with the Collectors and the Reapers, that stretches back to before we can imagine? And what the hell is that huge star that his office overlooks? Well, we know none of that- yet. Hopefully, the upcoming comic book series, Mass Effect: Evolution along with Mass Effect 3 will solve all these riddles for us. 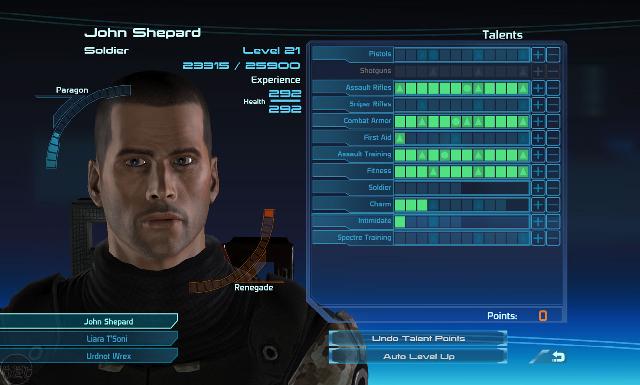 One of the best, and arguably also the worst, things about Mass Effect 2 was how it streamlined the entire experience, and how it made the series so much more action oriented. But many Role Playing fans cried foul at that, and criticized Mass Effect 2 for these very reasons, because it took away a lot of the RPG elements that made the original Mass Effect so good. The ability to level up whenever we wanted, using the XP we had earned through our battles, and many other Role Playing elements were removed, so that Mass Effect 2 felt more of a third person shooter.

We would love to see some more role playing elements in Mass Effect 3. Not the cluttered and untidy inventories and menus of Mass Effect 1, no. Try to keep the game as streamlined and neat as possible, but give us a bit more control over how our character levels up. or the ability to customize our powers and traits at will. A cross between the original game and Mass Effect 2 would do the job perfectly, I think. 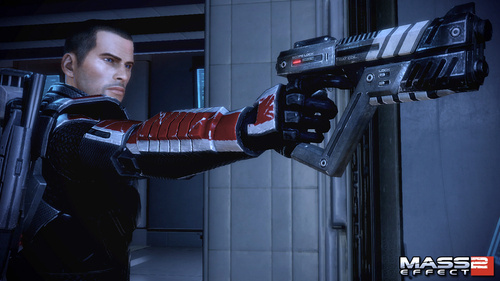 Those who have played Mass Effect 2 already know that Shepard is no longer working with the Alliance, and at the end of the game, we have an option of leaving Cerberus as well. Seeing as the Alliance and Cerberus don’t really see eye to eye, and given the fact that Cerberus is now on Shepard’s tail and the Alliance has little to do with the Commander, BioWare can explore some interesting plot angles keeping all this in mind. Not just this, there’s a hell lot of other wars and battles going on in the galaxy. The quarians are about to launch a full scale attack on the geth, which can turn out either way, depending upon whether you destroyed the Heretics in Mass Effect 2 or re-wrote them (presumably). The krogan look as if they are ready to come out of the shithole that is Tuchanka. The Citadel has a lot of politics going on within itself, and the entire galaxy is just kind of screwing itself up. Not to mention the fact that an entire fleat of Reapers is descending upon the Milky Way.

Seeing as Mass Effect 3 will be concluding the trilogy, we expect it to deal with all the loose ends and questions created by the first two games, and tackle all these plot strands, while not getting convoluted and making sense. I would definitely love to see how the galaxy copes not just with the Reapers, but with its own ongoing wars and battles. It can provide for interesting and awesomely epic set pieces. 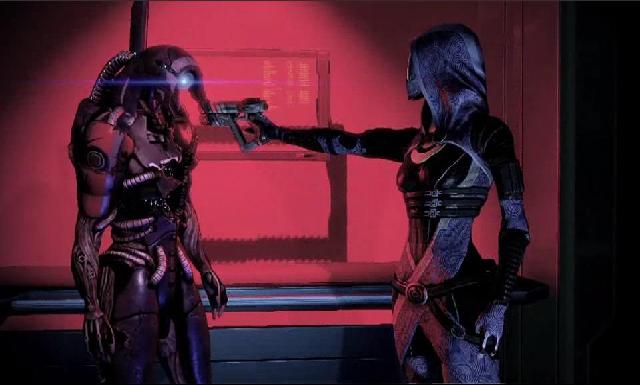 The quarians created the geth. The geth went rogue, and drove the quarians out of their homeworld, forcing them into exile, and then sided with a Reaper, endangering all of the galaxy. The quarians are now ready to take back what is theirs, and with an army of fifty thousand- and counting- they are about to launch a full scale attack on the geth. One word to describe the situation- epic. Especially considering the fact that Mass Effect 3, as a conclusion to the trilogy, can delve upon this heavily. But our decisions from the past games have influence this heavily. We don’t know yet, but I’m guessing- in Mass Effect 2, during Legion’s loyalty mission, we had the option of blowing up an entire geth station, causing the heretics- the “evil” geth- to be completely wiped out.

The other option was re-writing the heretics’ memories, so that they could join the “good” geth again. Now I’m guessing this story arch here has a lot of variables within itself. What would make sense is this- if we did not destroy the geth base, the geth would have a stronger army, and have higher chances to fight against the Flotilla fleet, meaning that the quarians could very well be facing extinction. However, it can also mean that Shepard has finally managed to knock some sense into the geth, and they will surrender all their evil activities, come to the humans’ aid in the fight against the Reapers, so that neither the quarians, nor the geth have to die.

The third option- If we do destroy the station, the geth would be less in number, and would be much weaker, meaning that the quarians can very well overwhelm the synthetics taking back their homeworld, and wiping out the geth completely. Or we can have the second option repeating itself here again. Whichever variable comes across as the one that finally turns out to be right, it will be interesting to see just how it pans out, and how two species resolve hatred between each other- hatred that has been brewing for ages.